11 Games You Have to Finish to Appreciate 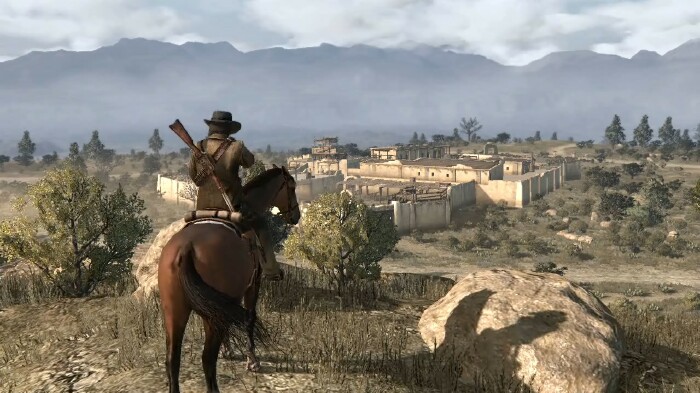 Most games don't end well, and many games take a few hours too many to end. So you can hardly be blamed for giving up before it's over and pronouncing judgment. "It's fun!" or "It's boring!" There. On to the next game. But there are times you can't do that..

These are the articles that keep me coming back to qtt. Thanks Tom!

(Guess I need to finish ReadDed, but it ain't easy, there's just too much side trackin going on! It's not like I'm just pickin flowers...oh wait I am! But it's cool because there was flower pickin in the 7 Samurai too!

It doesn't help that Bioshock 2 does a really strong job of pretending to be a Bioshock 1 clone in the early going. I mean, I liked Bioshock a ton and I'm not against more of it and I keep meaning to go back and put more time into Bioshock 2, but there are entire sequences that are practically direct clones in the first few levels and that was a bit offputting.

Also I really want to play Minerva's Den after having experienced Gone Home.

Knights of the Old Republic's twist was so much fun, and man, I really need to get around to playing Bioshock 2.

Corrections:
"who didn’t finish Gone Home, [b]ut part"
"The thing i[t] becomes is"
"after you’ve reach[ed] the end"
"I can’t think of any other game that end[s]"

To each their own. I found it fascinating and felt connected to the characters throughout.

Also, no one has ever beaten SPAZ. Nice try, Chick! Those zombies are impossible, even for a computer!

It was fine as a game. But as a Ratchet and Clank? All I know is that Ratchet Deadlocked was the peak of the series in my opinion.

Fair enough. YOU do not suck. Just wanted more of your take on this one.

Have to agree with the ending of the first Bioshock, the ending was too optimistic and/or pessimistic depending on your choices because it did not strike the balance right at all. The game could have ended right after the big twist instead of dwindling on for longer. Although I suppose they wanted to give some contradiction to the 'you had no choice' part of the game.

I'm amazed this list didn't go with Xenoblade Chronicles. The amount of content it had was built for New Game Plus, but its conclusion was the most satisfying in years

Kinda felt the same way at the end of both Bioshock Infinite and The Last of Us. Two games that I enjoyed playing through until the end, where the ending of both games just made me somewhat face palm at how terrible both game endings were.

Absolutely, but I think you can still fully appreciate Xenoblade Chronicles without putting in all hundred plus hours. The point isn't necessarily great endings, but endings that you have to experience to really appreciate the overall game.

Conker's Bad Fur Day was a bitter good ending, it would have been better if Microsoft didn't cancel the sequel... The game had a sad ending, but explained the mysterious intro cutscene, and had a moral on learning to appreciate things before they're gone. Conker was a greedy jerk, but in the end, he becomes king and has all the money in the world, suddenly he doesn't want it anymore, he just wishes he could be with his girlfriend again. It's hard to believe a game with so much raunchy and violent humor, would end quite the opposite. The odd thing is that all of this happened to Conker, just because he got drunk and lost. If he went home to meet up with Berry, he might have had a chance at protecting her, and not causing all of these bizarre events to occur.

Ooh, thanks for the reminder. That's another one I haven't tried that I keep meaning to play!

Gone Home is never but a walking simulator that highlights the frustrations that a homosexual might have to deal with in their lives. The "game" should be freeware where you can donate to the development of it

Here's how short this game is.

Go online and get the cabinet code. Open your sister's cabinet with the code and take the key. Go up to the attic and and watch the game end.

I would argue that The Wonderful 101 also belongs on this list due to the origins of the GEATHJERK armada.

Slight spoiler so don't read on if you haven't beaten the game.....

Turns out they were formed entirely due to the fact that, in an alternate future, The Wonderful 101 became a tyrannical force that destroyed many planets and enslaved people, so the GEATHJERK went back in time to stop it by taking over all the people that would have otherwise been taken over by Earth's forces, then went after Earth itself to try and cut the root of the "evil" in their own time.

I think the GEATJERKs changed things when they went back, though, since the knowledge of what TW101 had done in that alternate future would certainly guard them against making the mistakes leading up to TW101 being the bad guys in the future...