It’s the main screen of the game, and it’s only got this single screen. 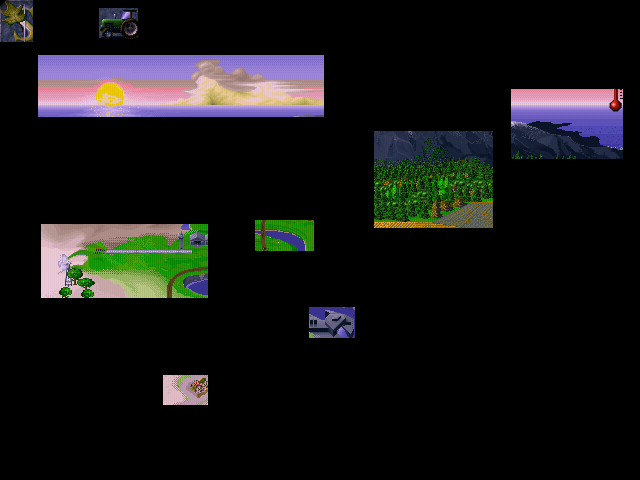 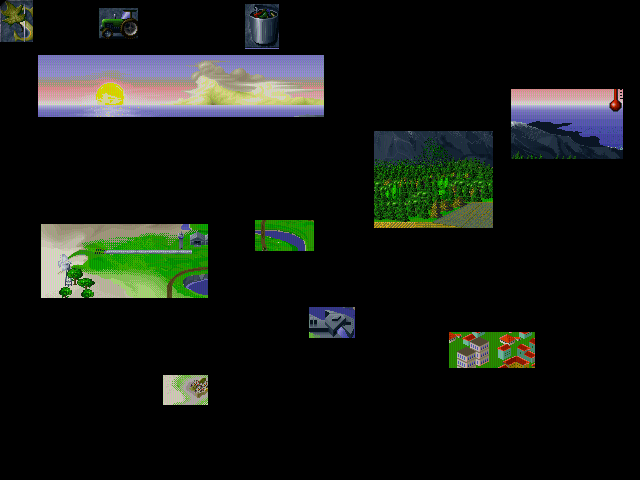 This looks like some sort of island management simulator, but it’s not Tropico or Sim Isle, I have no idea.

It’s not really an island management simulator, although it takes place on an allegorical island! 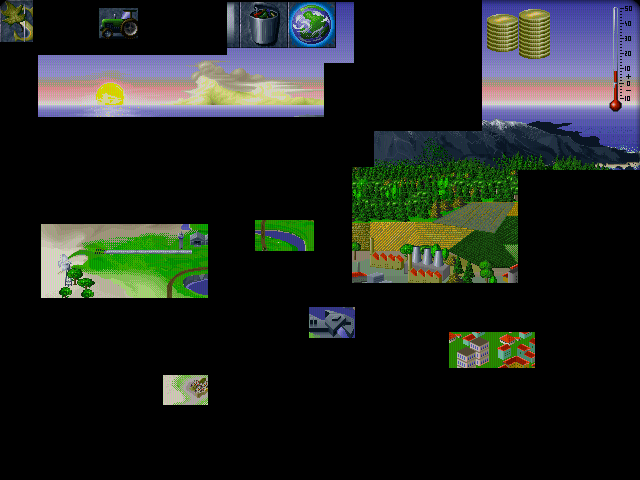 That’s closer, in a way.
I’ll throw the full screenie in case anybody played and remembered it. 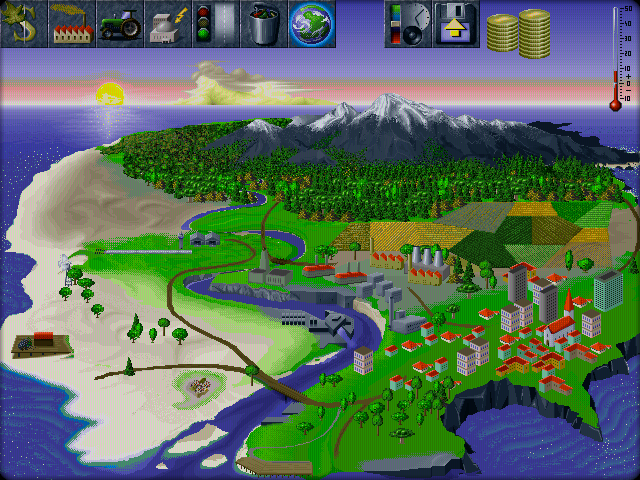 Well it was No Future?, a DOS freeware released by the German environmental agency around the mid 90s to sensibilize people to protection of our surroundings.
It’s an incredibly streamed down design: a city builder you can play in one hour or two (should Tom be ringed? Nah, he won’t play a 16 colours game!), and with a wide variety of endings. It was made by Egosoft, of future X fame.
It’s really, really enjoyable — a lot more than about any commercially released city builder if you ask me.

Wow, what an informative pick!

It definitely looks great in terms of the graphics. Making games with a message like that is pretty clever. It can really be absorbed by kids and they think about the game over and over as they get older.

It’s also very compulsive on the orders of decisions you have to make and the visual rewards.
The music needs to be muted each game, though: it doesn’t save that setting!

Time for a classic. 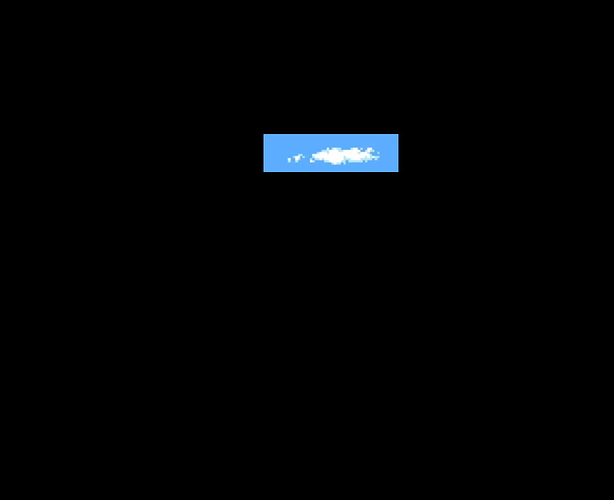 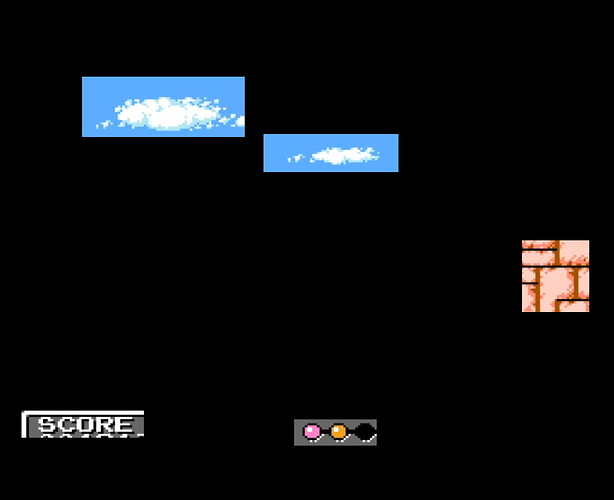 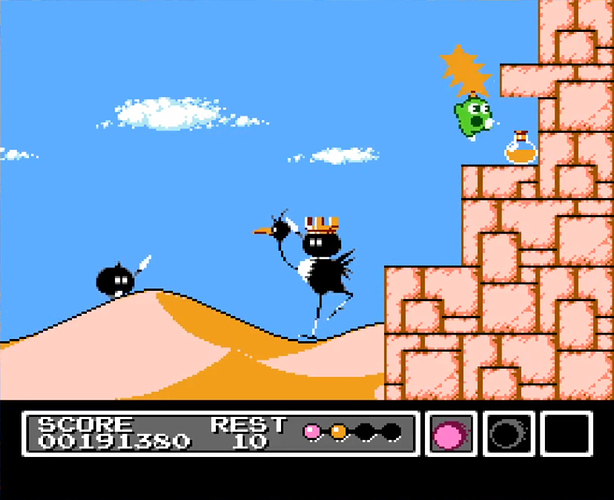