Not luck in this case. He chose one of my all-time favorite games in my favorite game series. If he hadn’t included that little bit of the UI at the bottom, I wouldn’t have gotten it. From just that tiny bit, I knew it was a section that you play as Grace, but could not think what scene had green like that on the left. Of course it was Neuschwanstein! I feel dumb not thinking of it.

I will get a screen up shortly. And if I don’t, please anyone feel free to poke me (like I would you).

Well done, Kyosho. I was cognizant that if I made it clear that the bottom part was a monochromatic scene, it would be a major clue. I thought I had kept it obscure enough! Arguably, it was a little tricky (for anyone who knows the game as well as you clearly do) to take a Neuschwanstein scene from the final chapter (with the opera house UI), since you spend most of your time there in earlier chapters. Just happened to be where my saved games were at.

Here’s a suggestion of something you probably won’t/don’t see much of in this thread: A book recommendation. I’d suggest reading the novelization of the The Beast Within by Jane Jensen (the series’ lead designer/creative director/writer). It’s really quite good. It expands a bit on some things and you get more into the headspace of the characters. The novelization of the first game, Sins of the Fathers, is decent, too, but doesn’t really add much of to the story like the second book. I still to this day wish she’d written a novelization of the third game. She could’ve tossed out the silly/dumb stuff she had no hand in (the cathair moustache puzzle was NOT done by her) and improved things in general. It could’ve been The Da Vinci Code before the Da Vinci Code existed. It deals with similar stuff, but does it better, in my opinion.

Oh well. Enough rambling. Onto the next game: 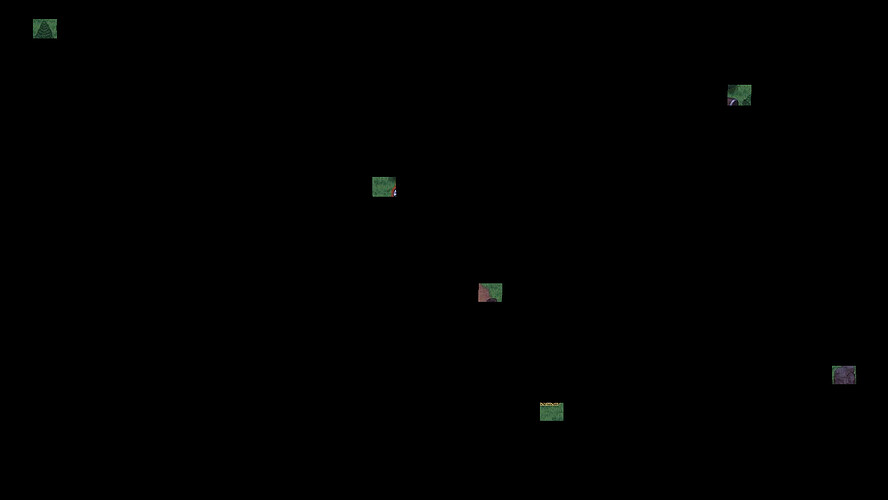 Very sad conclusion to this series.

Ironically, now there are idiots in France thinking the Abbé Saunières really found something, and that the Priory of Sion is real, totally ignoring the source material is in their own language.

I guess if I were more versed in the actual history of the area it might bother me like it does you, but to me it’s just a fun story that you get to uncover piece by piece in your investigations. Mixing real-world history (even if some of it, in this case, it is fictional conspiracy-theory stuff) with supernatural elements. I don’t believe the “Holy Grail” is in Occitanie or that a certain historical figures were actually werewolves or others ridden by spirits of particularly violent voodoo Loa. It’s just good fun, really. I like it in the same way I enjoy the Stargate universe. Mixing real history with sci-fi/fantasy elements is one of my favorite contrivances. GK3 even gives historical Jesus of Nazareth a fantastical twist that I think even athiests might find interesting. It’s all just good fun, to me, but takes itself seriously ingame, which is why you can buy into it and go along for the ride. 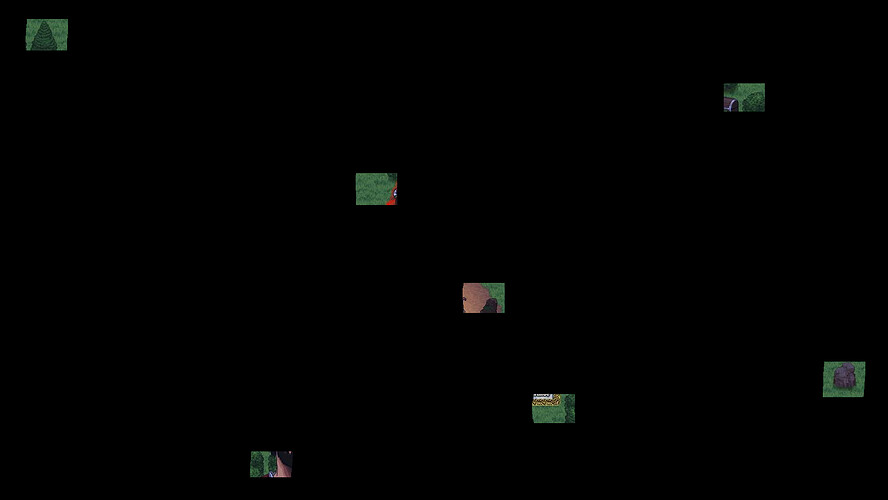 It’s been a long time, but my memory of GK3 is that it was a good supernatural mystery game tied to an unfortunate game engine. (My GK remake would be to translate all of them to handdrawn 2D art like GK1.) In its fictional world, it makes a lot of sense for a contrived conspiracy theory to be true. I love Tim Curry, but I honestly think he was badly cast as Gabriel, and in tandem with his Bon Jovian visage in GK3… it’s just another thing you have to look past to get to the fun story.

Wish I had a good guess for this frame! I’ll say Hero of the Kingdom III.

In that vein, Dungeon Siege 3?

Nope to those. What’s ToME? 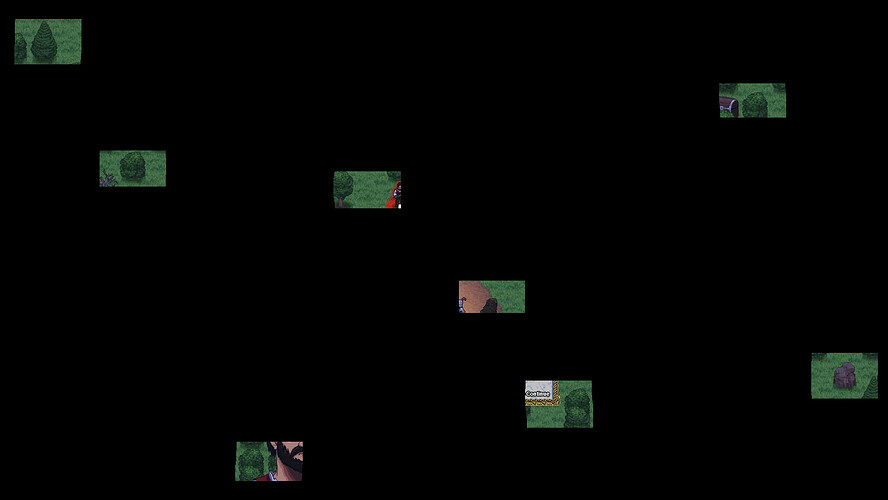 I’ve seen a game like that somewhere, but I can’t remember where, or its name…

Honestly, I chose a poor part of the game to use as a screenshot. Because it is mostly just…nothing but trees. But I didn’t have my old save, and the beginning is quite long if you’re just trying to get to something interesting to show. I might’ve failed there. Thus, I’ve shown a lot more of the endless trees. I’m also wondering now wondering if a single person on this forum has played this. It may actually be more obscure than I thought. 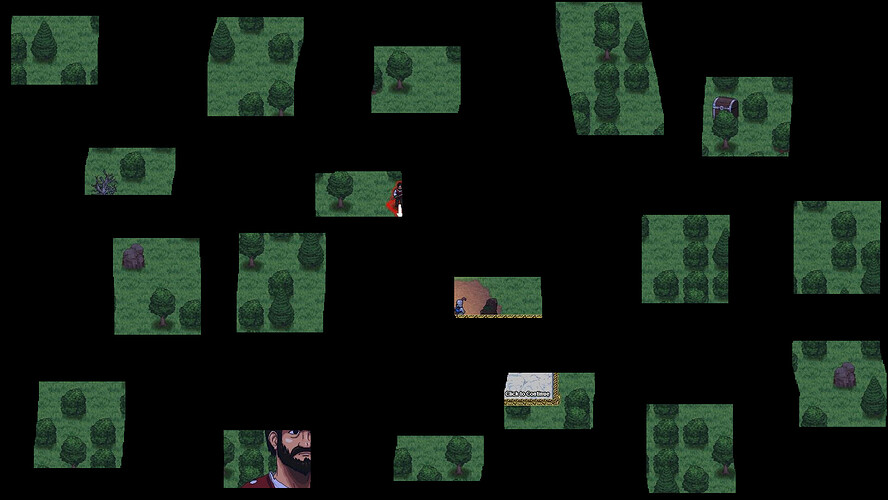 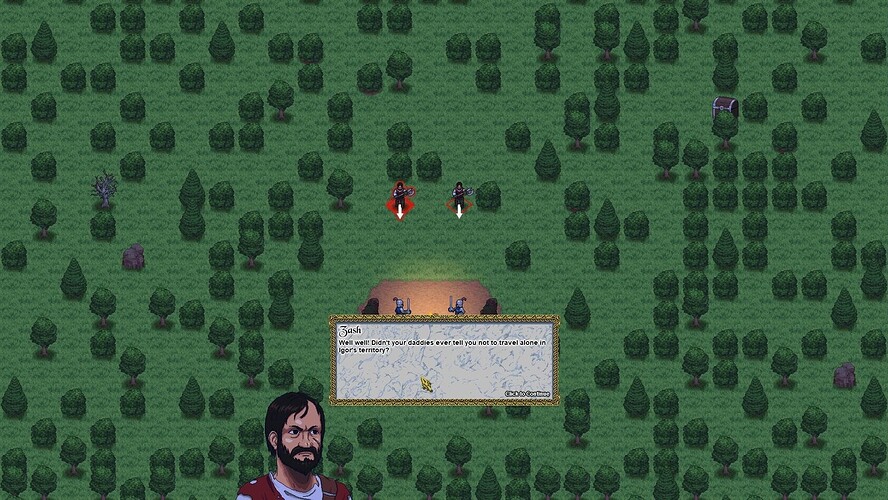 You choose the hardest screenshot for DungeonMans?

Ah, does look similar, but no. I will say it is not a roguelike.