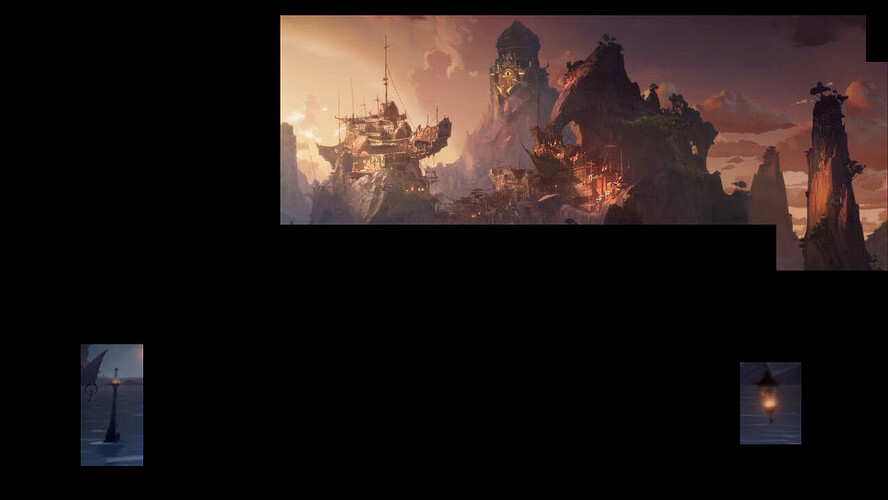 The pirate nation’s city in age of empires 3!

This one you may have to have played to know it, and even then, I’m worried I may have made this a bit too hard. I’m very curious how @rhamorim knows it, but I do have a theory on that. :)

I wants to play it! Whatever game it is.

It’s super fun, I’m really digging in. I’ll talk more about it once I conclude the round, and I’ve intentionally avoided talking about it in the game-specific thread just so no one figures it out from that, but I’m eager to.

A really cool city type from some later Heroes of Might and Magic game?

Oops… well, I for sure know it now for an unrelated reason 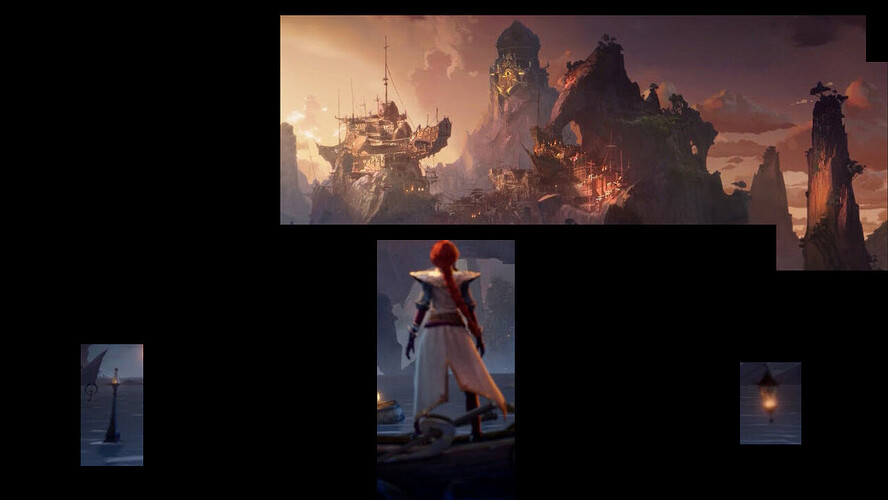 Oh right, it’s that game… Ruined King: A League of Legends Story. I was wondering why the deja vu over the character reveal. Because it is Miss Fortune, duh.

Everything you wrote is correct! 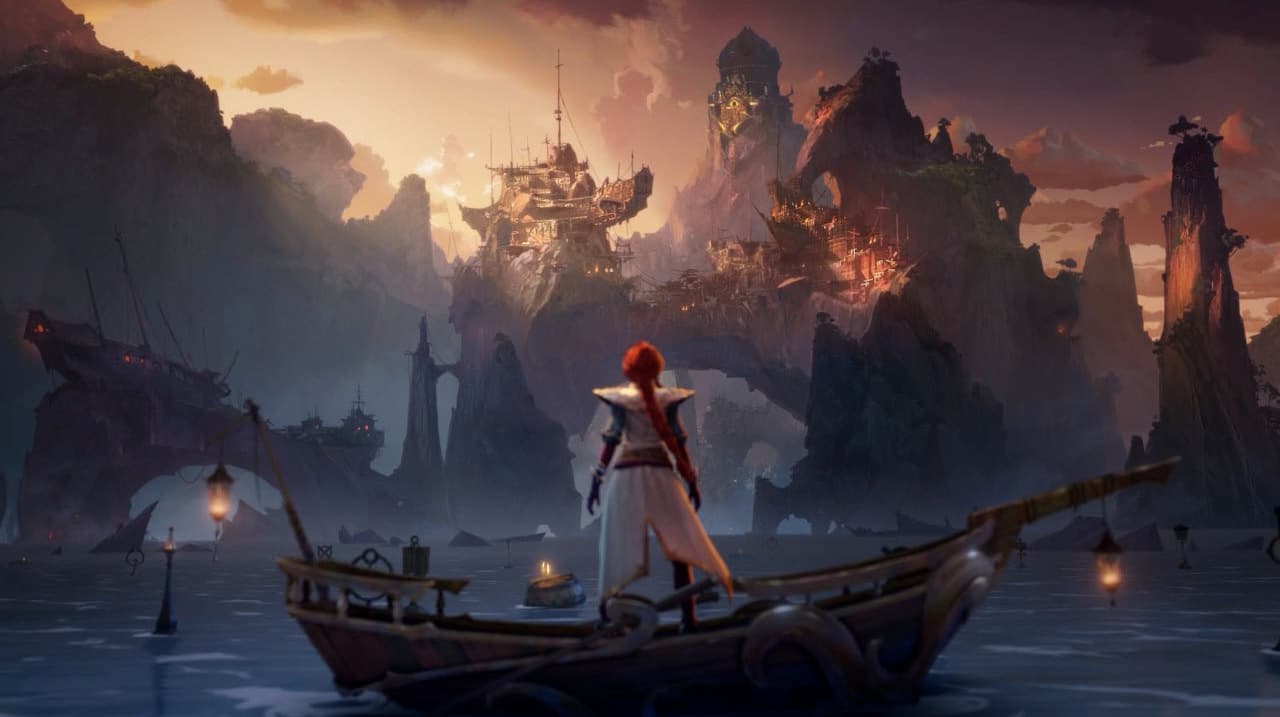 I’m really, really digging this one - the combat is interesting and features plenty of great tactical options and variety while exploring the game world is rewarding with finding lore, treasure and enchanting items (and enchanting is very fun - don’t forget you can spend more resources than normal to “overdrive” your enchantment and get a bigger effect!), better equipment/gear for your characters, and the dialog and story have been fun so far. I’m about 75 hours in because for some stupid reason the game is tracking my hours played even while my Switch is asleep, but I think it’s actually about 10-12 and I’m really loving it. 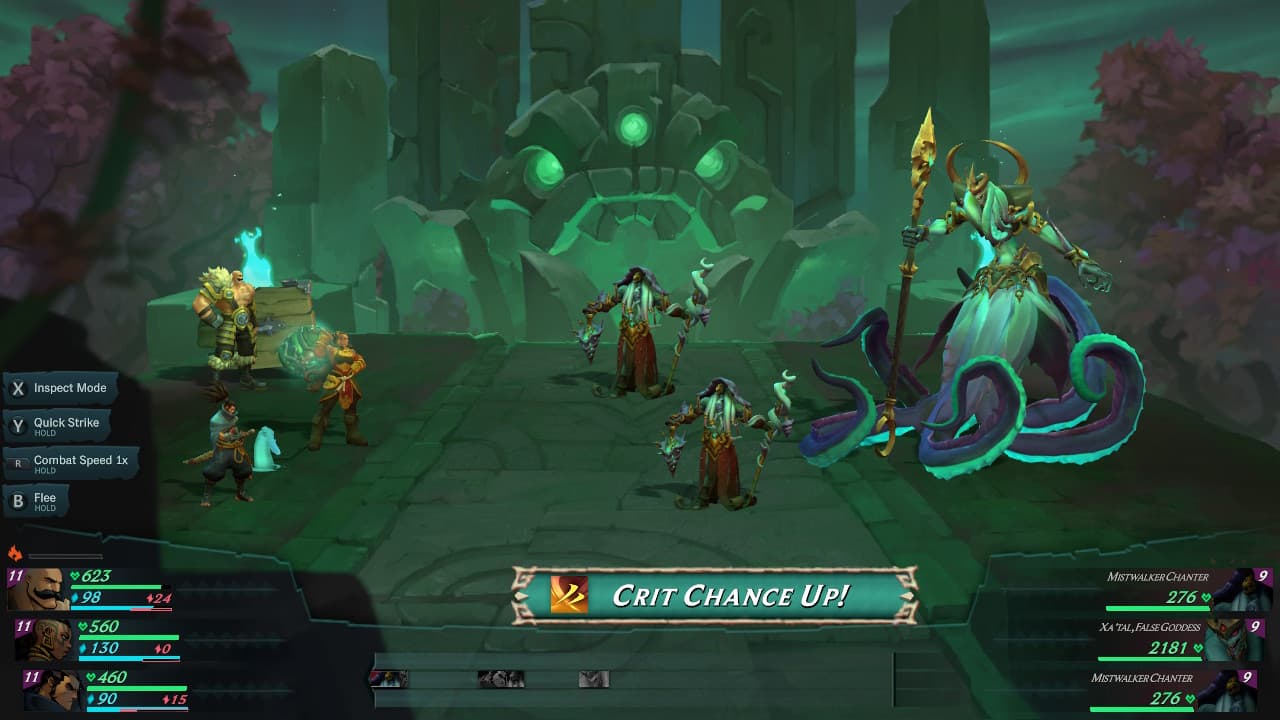 Yeah in between the last two frames I just happened to actually look at one of the many ads I was being shown for this game, which feature that exact frame.

I saw maybe 5 minutes of gameplay of this game on Twitch a day or two ago and would’ve never recognized it from either of these screenshots. Does this game have like five different art styles or something? Super weird. At least I think it was this game? It was a new game using the LoL property, anyway. And it had a female main character. But I know nothing of League, so could be wrong.

Did you maybe see an ad for Arcane, on Netflix? It’s also based on LOL.

Nope, just looked it up. Totally the same game. In your two screens, each has a distinct art style. Then, in part of the intro, there’s this one: 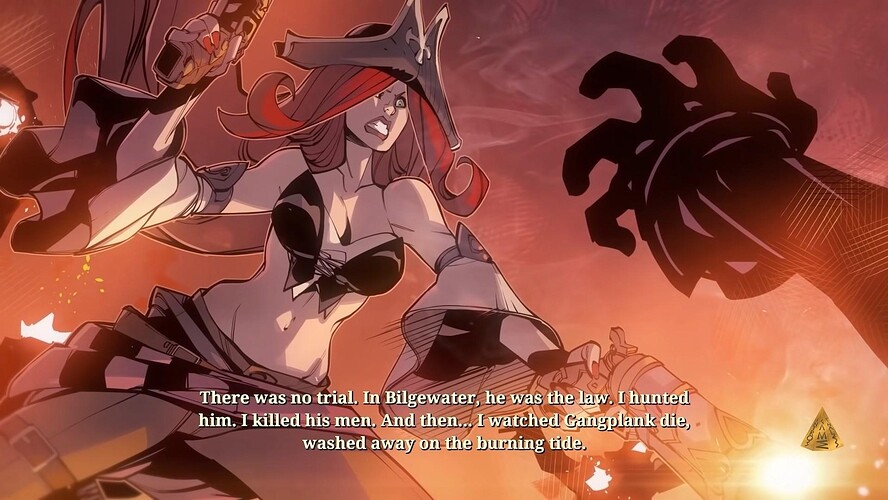 Then, in conversation shortly after, there’s this one: 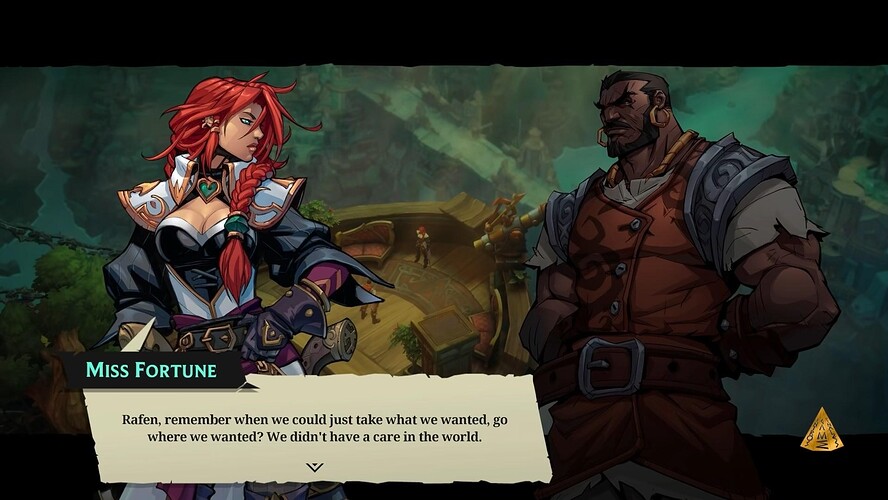 So, four, at least. Maybe not five. But still crazy to me. I’m not saying this makes it a bad game, or anything like that. But my mind is kind of blown that I can see two distinct screenshots of the same game and still not recognize it as the game I’d already seen.

Yeah, there is a lot of different art used for different things - for example the first pic you posted is when a character’s backstory is being told - but 98% of the game looks like the combat shot I showed you, from an art style point of view.

Ah, okay. I had seen the very start of the game (including a bit of the intro) and the person playing hadn’t even gotten to any combat yet by the time I had to leave. Glad to hear it mostly settles into one, though.

Mini rant: Multiple art styles - sometimes even just two - can really destroy my enjoyment of a game. For me it goes all the way back to 8-bit and 16-bit RPGs from Japan - though this is not a Japan-specific problem at all. But yeah, those games where you play little chibi/super-deformed characters that look like small, squat, children, but then in cutscenes you see them as normally proportioned adults? And, what, you’re supposed to think that’s what they actually look like the whole game? Just keep that image in your mind while you spend the other 99% of the game as the little dudes? I just cannot. Does not work for me. Obviously this is my problem and must be rare among others, since there’s gigantic franchises built on those traits. But, ughhhhh. 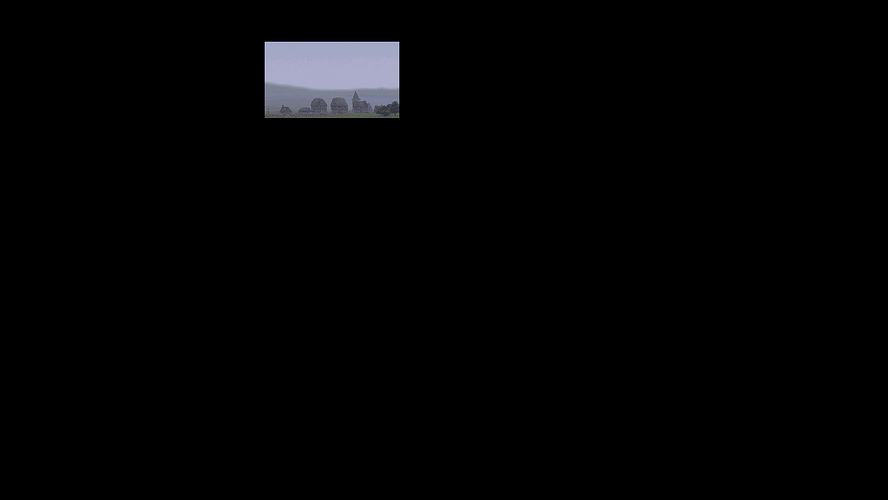