I’ll give you that point for a general election. I would not vote for open communist for my state’s Senate seat- they wouldn’t win.

Simply put, I’ll vote for the most left candidate who I think can win. I think someone like Fetterman can win, and I think his odds might be a bit better than Lamb’s.

You need someone who can excite the base, especially in a kinda bad environment. In tough times when you’re in power you need candidates who will motivate folks to do the work to get them elected.

The bluer the state (and PA is a bit bluer than NC), the more you have to go to the left.

What you need to keep in mind in PA, is that all of the blue in PA these days comes from Philly.

If you are going to run on an “excite the left” platform, that means you need to crush it in Philly, because that kind of platform is going to basically be giving up on getting any of the purple regions in the majority of our state.

If we look at someone like Biden, he did well in PA via crushing it in Philly (largely not by being far left, but rather by running against Donald Trump), but also by doing much better in the purple areas in the eastern areas between Philly and Scranton, and some of the areas in the Allegheny region near Pittsburgh.

Fetterman’s strength, traditionally, has also not been in places like Philly. He’s been more of a working class white guy. Both he and lamb have worked to re-attract the kind of voters in PA that used to be Democrats, but who moved into the GOP’s column in more recent years. Generally, old school union worker democrats.

I’m not sure that running to the left, with that kind of voter, is really going to work that well for PA’s senate seat. I don’t think Fetterman’s going to get huge energy from the Black vote in Philly, but maybe I’m mistaken. If he doesn’t pull off large numbers there though, then he’d need to get some of those purple areas, and that’s going to be harder if he’s running far on the left.

As I’ve said, PA is not a blue state. It’s very, very purple. I think both these guys have a shot at it, and I actually like them both, but keep in mind that the far left folks out there who are supporting Fetterman right now probably aren’t the best voices to tell you what PA is actually like.

A big part of this is that the racial demographics are very different. Philly it’s a plurality Black, with around 44% of the city African American, and only around 35% white. In contrast, Pittsburgh is 65% white and only around 23% Black.

Historically, Pittsburgh had a lot of the same kind of blue collar whites that you find the rest of the state. They were a different component of the Democratic party, and one that the Democrats kind of lost their grip on. Interestingly, part of this is that they weren’t really that interested in the culture war stuff focused on social justice as much as other parts of the Democratic party. What makes this interesting is that they then got sucked up by the GOP’s own culture war nonsense. On some level it makes sense, as poor whites weren’t that interested in the stuff talking about their privilege and how they were oppressing others, as that didn’t really match their perception of their experience, but they were more than happy to jump on board with the idea that THEY we’re the real victims.

Now, Pittsburgh is actually becoming something of a tech hub these days, so it may become more blue than it is right now, but even if that happens, is going to be way different than Philly. I don’t see Pittsburgh ever being the same kind of deep blue that Philly is, ever. Now, the good news for the Democrats is that Philly is WAY bigger than Pittsburgh.

I remember when I was a kid growing up in the Philly area, I thought Pittsburgh was just like Philly, but on the west half of the state. I had no idea that Philly was five times as big.

I think this is true, but I don’t think either of these guys lacks authenticity at all. Both of them connect very well with Pennsylvanians. And honestly, both of them have traditionally appealed to the exact same type of Pennsylvanians. It’s not like Fetterman is some guy in the Philly political machine. He’s generally built his political chops in the Western part of the state too, although he may have more of a history working with Black voters as Braddock was actually a majority black town at the point when he was mayor there.

But both these guys are pretty good at talking to normal Pennsylvanians, from what I’ve seen of them.

Not worth arguing about.

(OK, technically it’s for a special election, not the midterms. Sue me.) 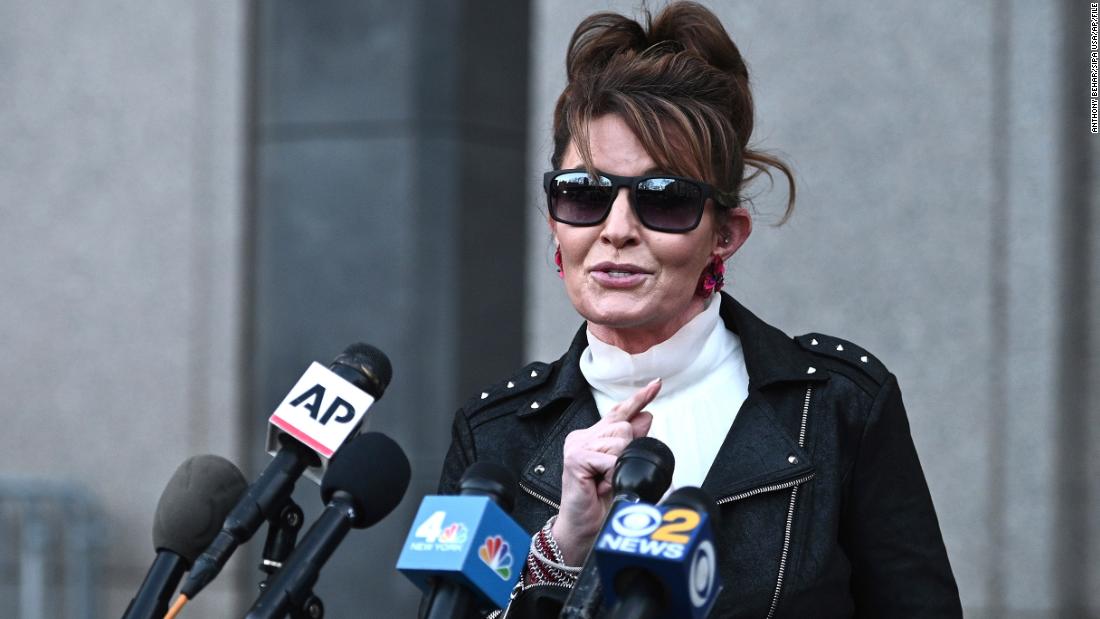 (Edit: and she did it on Friday night on April Fools Day. Talk about an impeccable sense for PR!)

That face, it looks oddly familiar. Wait a minute…

WTF…. She looks like an alien wearing a plastic Sarah Palin Halloween mask. 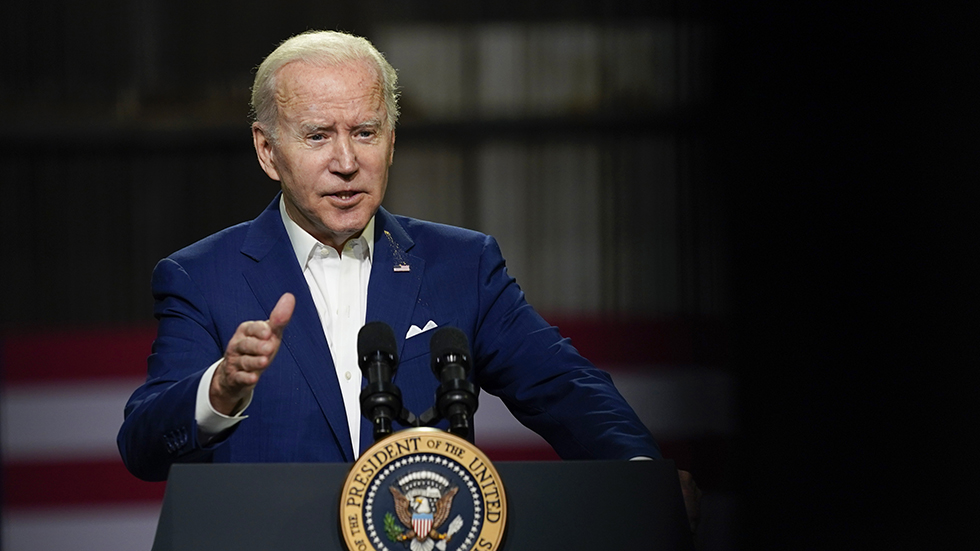 Democrats say they’ve done a lousy job at highlighting their accomplishments in a year plus of unified power in Washington, and are blaming this on the possibility they will suffer major losses in …

They really believed Biden would cancel some student loan debt, and give them a $2000 stimulus instead of $1400. Those broken promises hurt. It was a mistake not to do it.

They really believed Biden would cancel some student loan debt, and give them a $2000 stimulus instead of $1400. Those broken promises hurt. It was a mistake not to do it.

Although I agree with you as to the student loan debt cancellation, is dissatisfaction due to the $600 differential on stimulus checks really a thing? I have not heard anything about that for months and honestly it had dropped off my radar completely. In contrast, the student loan issue to seems to keep on cooking and have continued if not increased salience.

Honestly if folks are dissatisfied enough over the $600 to switch their vote, that makes me flip my pencil (even more than I already am). I mean, ah, I dunno.

Is that really a thing?

is dissatisfaction due to the $600 differential on stimulus checks really a thing?

It is not. It’s total nonsense.

Also, Biden explicitly said throughout the campaign that he would not support full forgiveness of student loans. And among the issues that move votes and voters, this particular one is also not one that registers on any measurable scale.

The most immediate voter problem Democrats have happens every time people fill up their gas tanks or go to the store. The signs of inflation are everywhere – and while I think it’s a bit facile to lay that all at the feet of the Democrats entirely – they happen to be the party in power, so they’re gonna take the hit for it.

I’ve heard a lot of that, and Trump agitprop capitalized with “Dems did less for you than Trump did” which played really well with the redistributionist tendencies of young folks these days. (I don’t want to call it socialism because it really isn’t, they just want their fair share and don’t care about socialist theory)

The student loan thing was more an AOC/Bernie thing but somehow got put onto Biden unfairly. (generally it’s the Bernie supporters who are mad on this, but that’s a majority of young voters)

Then again I’ve been of the consistent belief that young voters should be bought right now, make them happy they can become lifelong Dems and that would help stop fascism, when you’re at war you use the arsenal of democracy.

The student loan thing was more an AOC/Bernie thing but somehow got put onto Biden unfairly. (generally it’s the Bernie supporters who are mad on this, but that’s a majority of young voters)

It’s not unfair, this still was on his campaign website as of three days ago: The Biden Plan to Build Back Better by Advancing Racial Equity Across the American Economy - Joe Biden for President: Official Campaign Website

Forgive all undergraduate tuition-related federal student debt from two- and four-year public colleges and universities and private HBCUs and MSIs for debt-holders earning up to $125,000.

I can imagine the student debt issue having some salience this year (more so than in 2020) as I’ve definitely heard some rumblings of disappointment on this front, coupled with fear of loan payments resuming, from folks younger than myself. I could see how this was a lower priority issue in 2020 but I do think with all the discussion of potential loan forgiveness plus the lengthy repayment pause, I could see how expectations of the young could have risen. And not meeting expectations, even if unreasonable, is a political danger. Specifically I could see student loan frustrations feeding into Biden’s dropping numbers with younger voters.

I do think that inflation is by far and away the major number 1 problem and well, I won’t say more b/c folks here already think I’m too gloomy.

It’s not unfair, this still was on his campaign website as of three days ago: The Biden Plan to Build Back Better by Advancing Racial Equity Across the American Economy - Joe Biden for President: Official Campaign Website

Biden has said since the beginning two things:

I do think that inflation is by far and away the major number 1 problem and well, I won’t say more b/c folks here already think I’m too gloomy.

One thousand percent. There are some social issues too that aren’t going to help Democrats, but those are more “Make sure the base turns out” kind of stuff.

Trig, you are right but that’s the kind of distinction that many voters give zero Fucks about. Voters hear “forgiveness of debt” loud and clear but the the part about “by Congressional action not executive order” sounds like the adults talking in Charlie Brown.

It’s actually a good example of bad political messaging. If you are going to draw a distinction that makes actually providing the policy outcome that is being promoted difficult or impossible, maybe you need to rethink the whole message. It creates expectations and then you have to try to explain, “oh, well, voters, you had wrong expectations b/c you didn’t parse the distinction.” I mean if you have to explain that kind of deal you’re already screwed, like in humor.

OTOH, I’m curious what bloc of voters that weren’t already voting Democrat could be swayed by student loan forgiveness. If we’re going to throw money at people to get votes, what Biden should actually do is issue gas-gouging refund vouchers: send $500 to every family for the extra they’ve had to spend on gas over the last few weeks.