Definitely not something I’ve played, but it does look very cool.

I was about to guess the same game again haha.

This is the room I thought it was. I got nothing, but it does seem familiar.

I was going to guess Dead Cells because of the art style, but then I thought, I’ve finished Dead Cells, so I would recognize this room if it was in it.

Will this be a loss? Oh my, hopefully not. Here’s some UI: 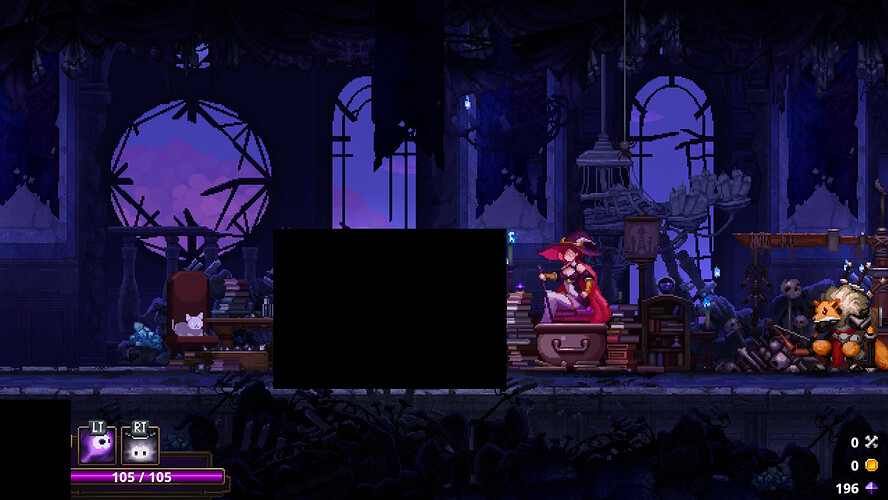 I have had it wishlisted for quite a while but haven’t bought it yet, I am thinking my oldman reflexes might not be up to the challenge, but the art style is lovely.

Whew. It is Skul: The Hero Slayer! 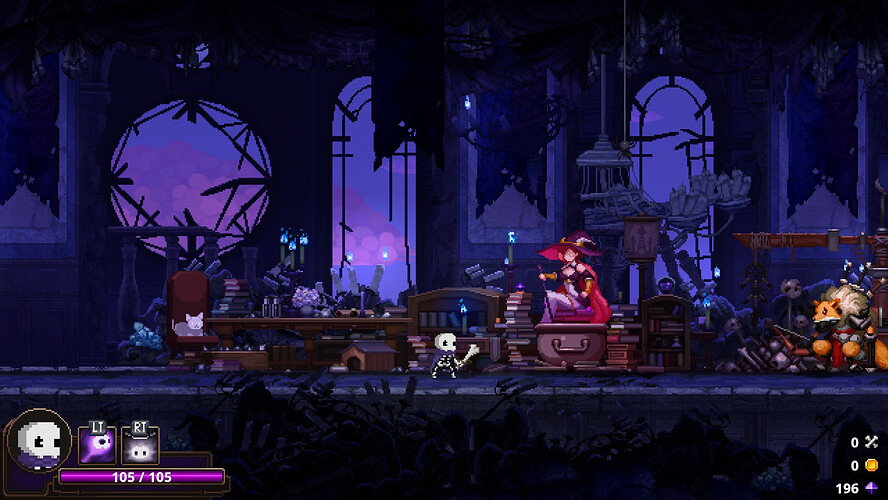 The other guesses got the genre right - there’s a lot of Dead Cells and Momodora and Rogue Legacy in Skul - but Skul is its own game. Really good pixel art, too. It’s been quite enjoyable to play as well.

Thanks for the save, @lordkosc ! Your turn.

EDIT: about old man reflexes: so far, I think Skul is actually more forgiving than Dead Cells, but I’m not far into the game yet, so that could change. I don’t think so, though. I feel like Skul has more options to cater for different playstyles than Dead Cells.

No one will guess this, but it’s a screenshot worth posting! I won’t have much time to post tomorrow, so if no one guesses it by noon I’ll take the loss and page Scotch.

I think Walden, a game, looked better than that, but I’ll guess it anyway.

There’s something fishy about that frame…

I wouldn’t be surprised if there isn’t a rod in it at all, but without anything better to go on, I’ll guess Ultimate Fishing Simulator anyway.

None of the above, full reveal later today.

Hmmm… Adios? (Guessing it’s an upcoming Epic freebie based on the hint, and Adios looks the closest match!)

Correct @wavey , it is indeed Adios. 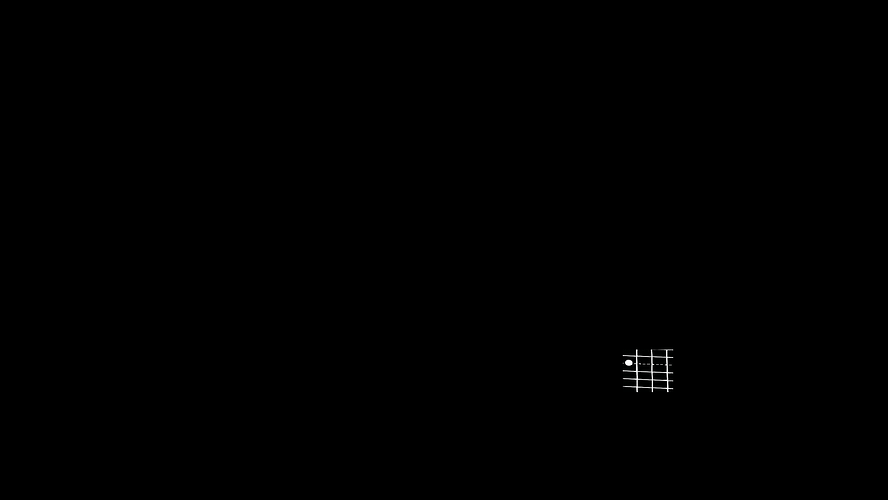 Admittedly not much to go on, here’s another small reveal: 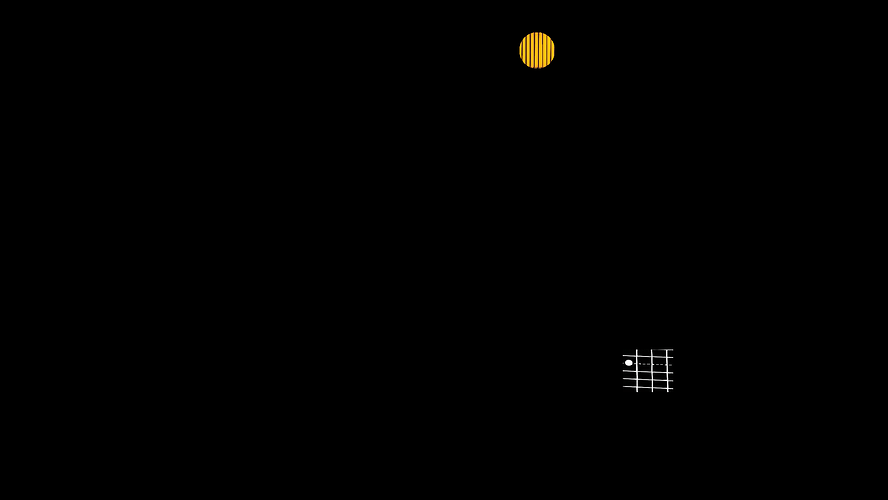