We discuss our favorite come-from-behind victories at the 1:15 mark of the Qt3 Movie Podcast of Ghost in the Shell.

What are your favorite come-from-behind victories in movies? Listen to the show to hear us go on about ours, and to hear Tom read a few listener picks. Also, find out which podcaster surprises us by revealing he has ambitions to transfer from 3x3 enforcement to ICE.

Send in your picks for the next topic to [email protected].

He explains what he means during the podcast, much to Tom’s delight.

“I don’t want you messing with southpaws. They do everything backwards.”

He explains what he means during the podcast, much to Tom’s delight.

Man, now I really can’t wait to hear that. Because I’d argue that the ending to the first Rocky is about perfect, and one of my personal favorites.

The director’s commentary on this was quite good. For the rap battles, because they shot them several times, the had Mathers just mouthing the lyrics to save his voice for subsequent shots. But what they found happening was that because his opponents were doing their raps live, the audience of locally-sourced extras were having trouble getting into the emotion of siding with Mathers. His comebacks weren’t forthcoming! They were basically just being asked to imagine it. In the climactic battles, Mathers busted out some live raps to the surprise of everyone and really won over the crowd. Their emotional responses are completely real.

Ooh, I don’t think I even knew there was a director’s commentary on my DVD. I’ll have to listen to that. Although it’s sad enough rewatching it after Brittney Murphy died; listening to Hanson’s commentary would just be sadder.

Also, does Curtis Hanson call him “Mather” in the commentary, or is that a baren thing? :)

It’s been years since I heard it. I want to say he was called Marshall. Mather is all me. Some old journalism instinct.

Wow, my memory of the movie (which I watched in the 90s) is quite different. This is the movie that really taught me baseball. So when I would talk to other people who didn’t know baseball for the following decades, I would sit them down and tell them,

But that clip makes it clear that I just grew and grew that story in my head. The team clearly scored the winning run to win the game.

In The Swinging Cheerleaders the coach of the Mesa State football team colludes with the college dean to throw the Big Game in order to make off with some sweet cash (and, he thinks, maybe some sweet ass). 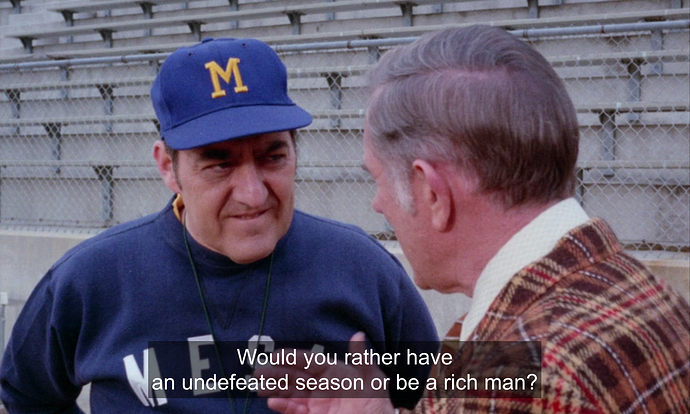 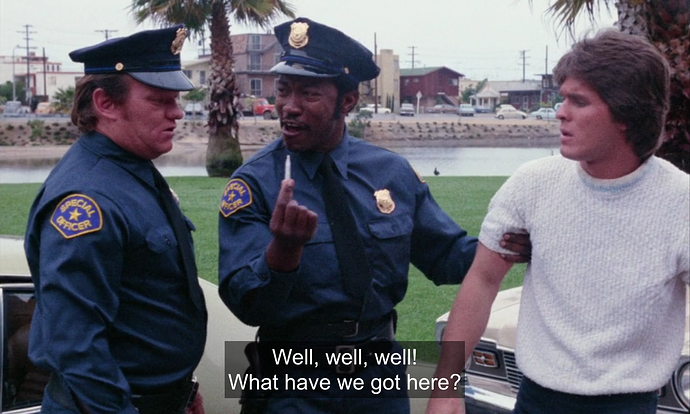 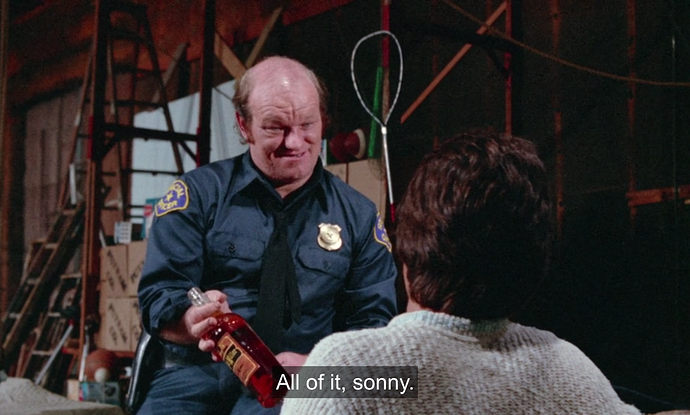 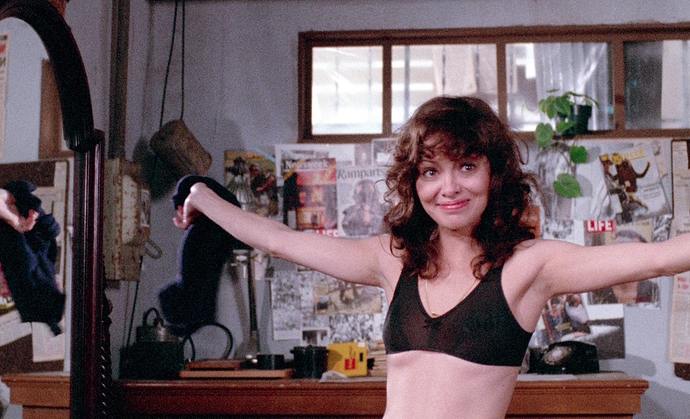 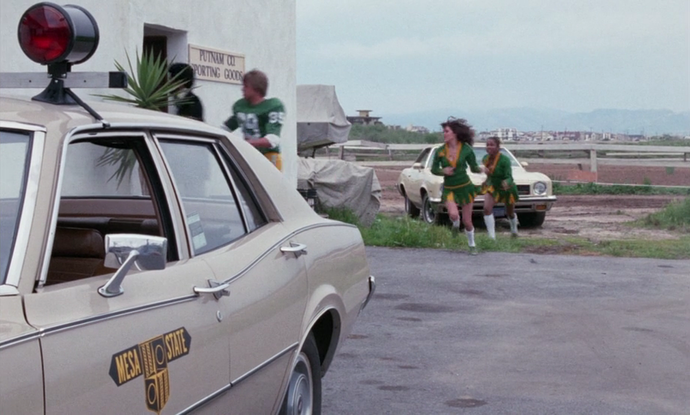 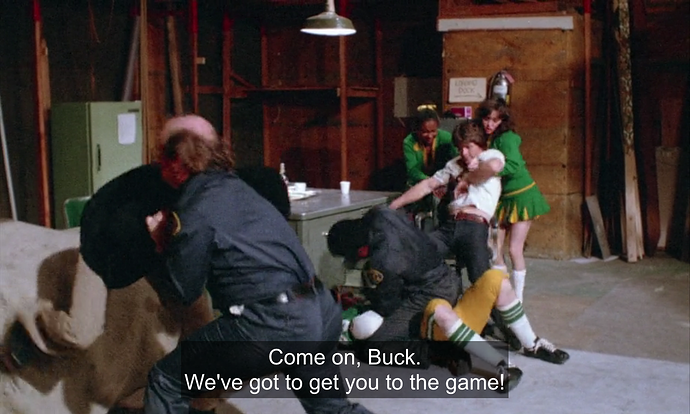 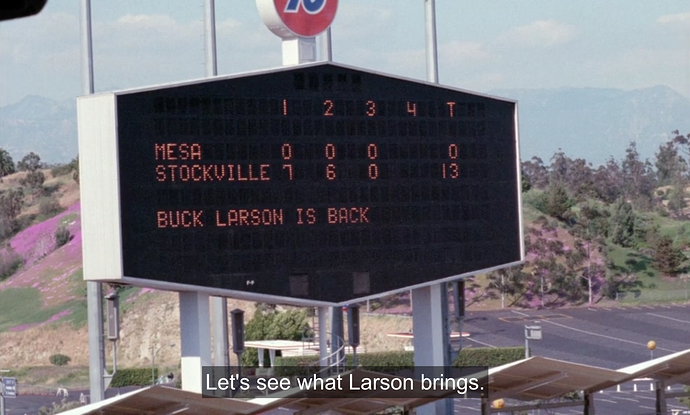 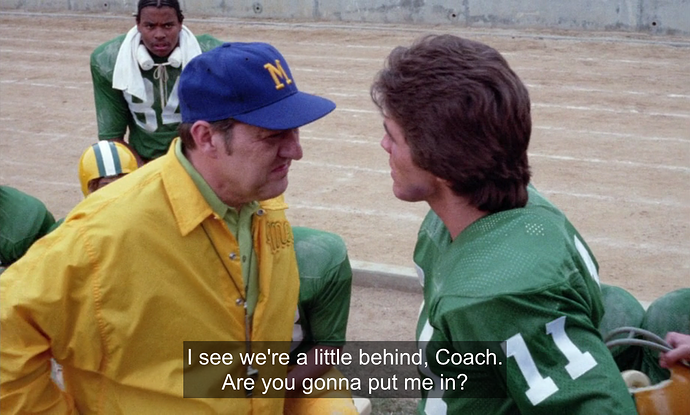 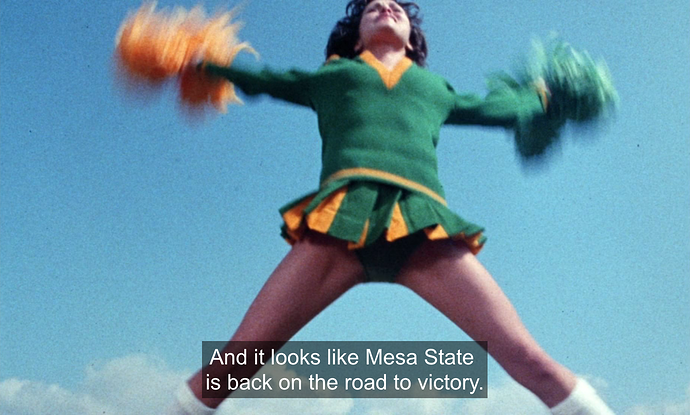 I’m golf clapping. That deserves its own thread.

I’m golf clapping. That deserves its own thread. 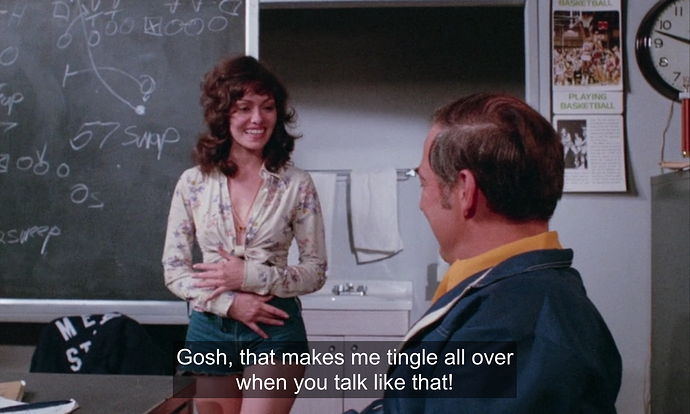 One of the silliest films of all time. In WWII, a bunch of Allied POWs are made to play an exhibition match of soccer against the Nazis, and of course are told to lose. They plan an escape during the match, but, at half time, when they are losing 4-1, decide to play for a win to deny the Nazis a propaganda victory. In the end, the allies draw the game, though with a falsely disallowed goal they should have won.

Oh yes, I forgot to mention the film stars the greatest football players in the world, including Pele, Bobby Moore, and Ossie Ardiles. Also Sly Stallone plays goalie and Michael Caine is the captain.

Strangely I thought that was V for Victory. And to this day I can hear the little kid:
“Hatch, hatch! Halftime, halftime!”

I think it had a different title in the US.

At first I was thinking of “miracle” the story of the 1980 Olympic ice hockey team.

But then that made me think of an even better come back victory with Kurt Russell.

That is an awesome pick.

Victory is awesome, and I’ve only ever seen it called"Victory" stateside. Maybe when it was released the name was different but it was Victory in rental stores and on TV. Pele practically wins WWII.

Breaking Away is one of my favorites and most of the guys in it went on to successful careers.

Guess I also have to mention the Indian remake, Jo Jeeta Wohi Sikander.