We discuss our favorite moments of ecstasy in movies at the 1:05 mark of the Qt3 Movie Podcast of Black Mass.

What are your favorite moments of ecstasy in movies? Listen to the podcast to hear Tom read some listener submissions, and email us at [email protected] with your picks for the next 3x3 topic.

Ralphie getting his BB gun on Christmas morning.

One Flew Over The Cuckoo’s Nest: Chief escapes.

Star Wars, for me.

No one on this thread thus far is worthy of the title True Nerd.

First thing I thought of, upon seeing the thread.

Star Wars, for me.

The link is dead, but if you mean Luke Skywalker thrusting his proton torpedoes into the tight vent opening, then gasping as he barely pulls out of the trench in time, that’s a great choice. 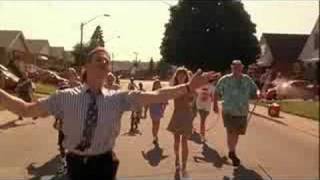 Runners Up - Little Ze growing up in a pistol murderin’ montage in City of God. He’s having such a grand time, you almost forgive him for killing all those people.

Everyone in Kenneth Anger’s Inauguration of the Pleasure Dome