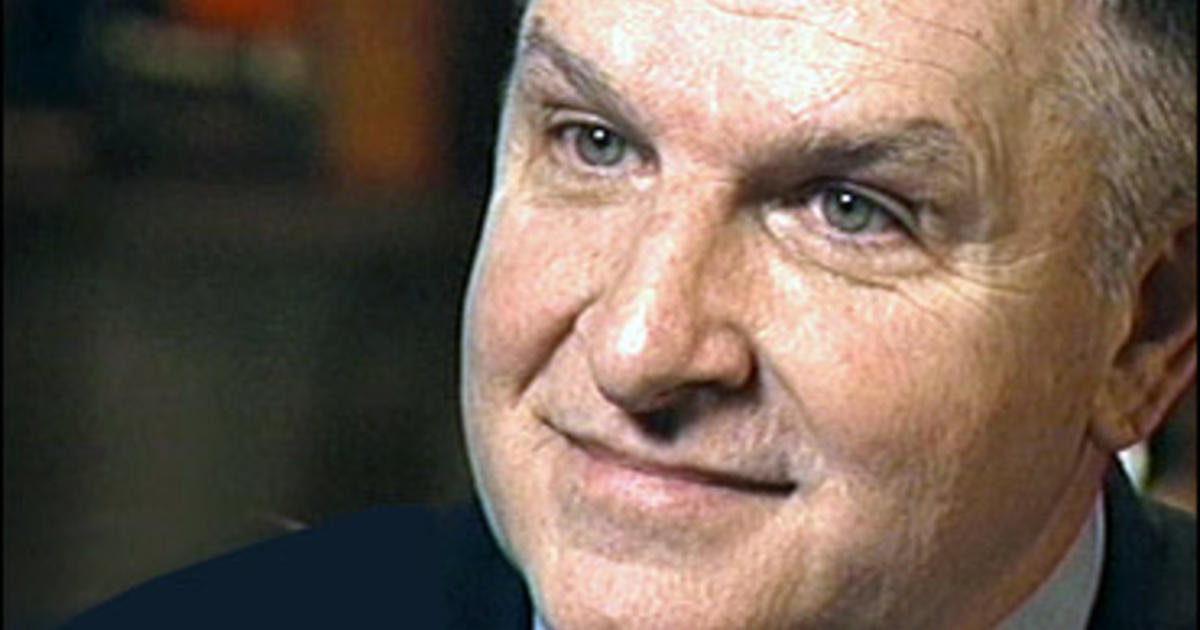 Retired General Anthony Zinni is one of the most respected and outspoken military leaders of the past two decades.

From 1997 to 2000, he was commander-in-chief of the United States Central Command, in charge of all American troops in the Middle East. That was the same job held by Gen. Norman Schwarzkopf before him, and Gen. Tommy Franks after.

Following his retirement from the Marine Corps, the Bush administration thought so highly of Zinni that it appointed him to one of its highest diplomatic posts – special envoy to the Middle East.

But Zinni broke ranks with the administration over the war in Iraq, and now, in his harshest criticism yet, he says senior officials at the Pentagon are guilty of dereliction of duty – and that the time has come for heads to roll.

Now, in a new book about his career, co-written with Tom Clancy, called “Battle Ready,” Zinni has handed up a scathing indictment of the Pentagon and its conduct of the war in Iraq.

In the book, Zinni writes: “In the lead up to the Iraq war and its later conduct, I saw at a minimum, true dereliction, negligence and irresponsibility, at worse, lying, incompetence and corruption.”

Zinni says Iraq was the wrong war at the wrong time - with the wrong strategy. And he was saying it before the U.S. invasion. In the months leading up to the war, while still Middle East envoy, Zinni carried the message to Congress: “This is, in my view, the worst time to take this on. And I don’t feel it needs to be done now.”

Last month, Secretary Rumsfeld acknowledged that he hadn’t anticipated the level of violence that would continue in Iraq a year after the war began. Should he have been surprised?

“He should not have been surprised. You know, there were a number of people, before we even engaged in this conflict, that felt strongly we were underestimating the problems and the scope of the problems we would have in there,” says Zinni. “Not just generals, but others – diplomats, those in the international community that understood the situation. Friends of ours in the region that were cautioning us to be careful out there. I think he should have known that.”

Instead, Zinni says the Pentagon relied on inflated intelligence information about weapons of mass destruction from Iraqi exiles, like Ahmed Chalabi and others, whose credibility was in doubt. Zinni claims there was no viable plan or strategy in place for governing post-Saddam Iraq.

Who specifically is he talking about?

“Well, it starts with at the top. If you’re the secretary of defense and you’re responsible for that. If you’re responsible for that planning and that execution on the ground. If you’ve assumed responsibility for the other elements, non-military, non-security, political, economic, social and everything else, then you bear responsibility,” says Zinni. “Certainly those in your ranks that foisted this strategy on us that is flawed. Certainly they ought to be gone and replaced.”

Zinni is talking about a group of policymakers within the administration known as “the neo-conservatives” who saw the invasion of Iraq as a way to stabilize American interests in the region and strengthen the position of Israel. They include Deputy Defense Secretary Paul Wolfowitz; Undersecretary of Defense Douglas Feith; Former Defense Policy Board member Richard Perle; National Security Council member Eliot Abrams; and Vice President Cheney’s chief of staff, Lewis “Scooter” Libby.

Zinni believes they are political ideologues who have hijacked American policy in Iraq.

“I think it’s the worst kept secret in Washington. That everybody - everybody I talk to in Washington has known and fully knows what their agenda was and what they were trying to do,” says Zinni.

“And one article, because I mentioned the neo-conservatives who describe themselves as neo-conservatives, I was called anti-Semitic. I mean, you know, unbelievable that that’s the kind of personal attacks that are run when you criticize a strategy and those who propose it. I certainly didn’t criticize who they were. I certainly don’t know what their ethnic religious backgrounds are. And I’m not interested.”

Adds Zinni: “I know what strategy they promoted. And openly. And for a number of years. And what they have convinced the president and the secretary to do. And I don’t believe there is any serious political leader, military leader, diplomat in Washington that doesn’t know where it came from.”

Zinni said he believed their strategy was to change the Middle East and bring it into the 21st century.

“All sounds very good, all very noble. The trouble is the way they saw to go about this is unilateral aggressive intervention by the United States - the take down of Iraq as a priority,” adds Zinni. “And what we have become now in the United States, how we’re viewed in this region is not an entity that’s promising positive change. We are now being viewed as the modern crusaders, as the modern colonial power in this part of the world.”

Tom Clancy is (at least titularly) criticizing the war in Iraq now? Who’s next? Jerry Bruckheimer?

Zinni’s sentiments are echoed in forceful testimony delivered last week to the Senate Foreign Relations Committee by the respected CSIS analyst Anthony Cordesman, himself a proponent of intervention in Iraq. His conclusion: There was no serious planning for either peace or stability, and never again should the planning of a war be left to anything other than a non-ideological, interagency process.

The first mistake [was] the belief that containment as a policy doesn’t work…
The second mistake I think history will record is that the strategy was flawed…
The third mistake, I think was one we repeated from Vietnam, we had to create a false rationale for going in to get public support…
We failed in number four, to internationalize the effort…
I think the fifth mistake was that we underestimated the task…
The sixth mistake, and maybe the biggest one, was propping up and trusting the exiles…
The seventh problem has been the lack of planning…
The eighth problem was the insufficiency of military forces on the ground…
The ninth problem has been the ad hoc organization we threw in there…
The tenth mistake [has been] a series of bad decisions on the ground…