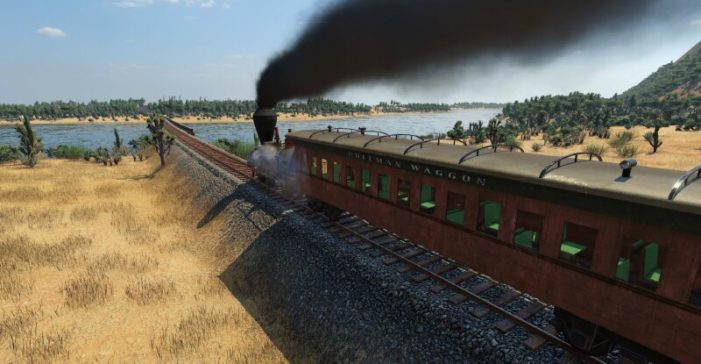 I’m pretty torn on getting this game. It looks like something that’s good but it may be a little too chill for me to stay interested.

Damnit, I’ve been trying to avoid the urge to buy this one. Argh Tom, you just want to feed my addiction!

Oh cool, this must be that Spike Lee transportation game I’ve been waiting for!

I looked up Star Ruler 2, and the developers published the source code to Git Hub a couple years ago. Star Rule 2 now belongs to the people!

Wow. I did not expect this high a score for TF2. Makes me excited to delve back in when life settles down.

“Guess what? I’ve got a fever, and the only prescription is more Transport!”

However the theme and mechanics were such a strong draw that ultimately I didn’t care, and loved it.

The same is very likely true here. I love rail based games. My most played games of the last two years are Railroad Tycoon 3, Rollercoaster Tycoon 2, and EU IV. 2 of the 3 involve laying tracks.

Absolutely at the top of my ‘when I play games’ list. Because I am certain I would love it.

Easily the best game about logistics in 2019.

“Guess what? I’ve got a fever, and the only prescription is more Transport!”

I guess if you say so. 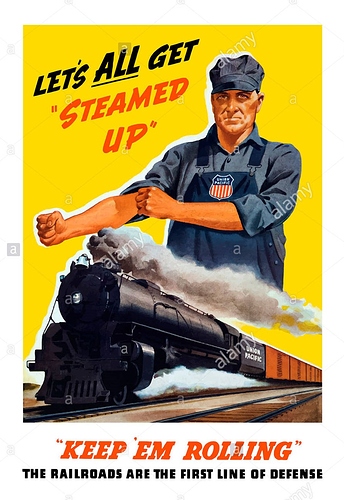 However the theme and mechanics were such a strong draw that ultimately I didn’t care, and loved it.

I hear ya. I may be able to be interested if I at least feel a reason for trying to be efficient. I tend to take the path of least resistance, so if a game forces me to be careful or try to optimize I will (and enjoy it). If I can get by with just plunking stuff down I’ll probably do that (to my enjoyment’s detriment). It doesn’t help that I don’t care about the aesthetics of what I design, I just focus on getting whatever end result I need, so I can’t even get some type of artistic satisfaction out of it.

I dunno, there seems to be plenty of financial challenge to me (in TF2). Infrastructure is expensive in this game, and only really pays off once you’ve got some upgraded routes going at max efficiency. My only “free” game so far was on Easy, and even then, making any money early on with an 1850 start was a real effort. It’s true you can get to a point where it becomes self-sustaining*, but I don’t see much of an issue with that, it just lets you become more ambitious.

* Usually, anyway. On my most recent campaign game, I had got to a point that I thought was wildly profitable, accidentally forgot to pause while I ate dinner, and came back to find myself $917m in the hole.

As Unity of Command very effectively demonstrated not too long ago.

The calculation of maintenance and obsolete vehicles doesn’t seem to do anything. My horse-drawn carriages are still trotting along, well after I’ve started running diesel trains and electric trams. The passengers on my airplanes will look down and wave at all the horses plying the roads. Should I replace the horses with trucks? Maybe. It doesn’t seem to matter.

As far as I can tell, the only think it impacts directly is emissions, which in turn impacts city growth. It’s weird that maintenance doesn’t go up over time like every other game of this type, but it is what it is. If you increase your maintenance level on a vehicle, you will slow or halt the condition deterioration, at the cost of increased, well, costs. Of course, generally speaking newer vehicles have larger capacities and higher speeds, so it may eventually become cost effective to replace, say, five horse drawn carts with two trucks. Especially if your stations are becoming bottlenecks. But otherwise, it’s only really an issue if a given city is being held back by emisisons (you can get up to a -50% debuff to growth from emissions).

This was beautifully written, Tom. You might have sold me on the game.