If any of you happen to be curious, this is the role sheet they used for the “4th of July” game: 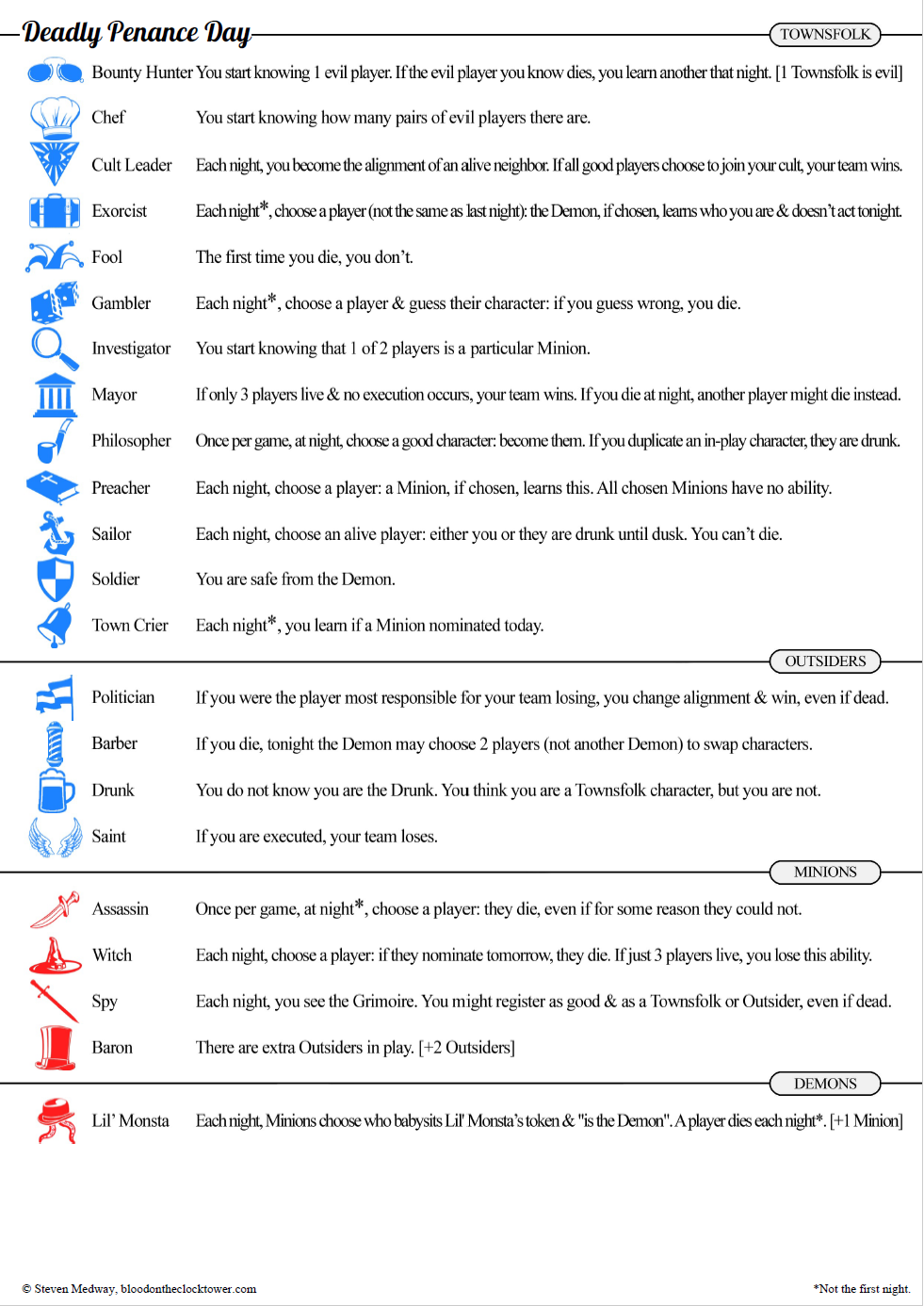 Tomorrow I have a mess of things to do in virus-land (in the heat, which makes me sick), including getting a test for said virus and herding my elderly mom and dad to get a test as well (in three different vehicles!).

Ok with me. Stay safe!

Perfectly fine for me.

I have no problem with this.

It will just be a total mental drain. I’ll let you know when all is good to go tomorrow.

I have no problem with this.

Got everything done early, please carry on.

And I’m back in civilization and able to communicate

And I’m back in civilization and able to communicate

This is also helpful :)

Sorry for the rough day man, hope everything turns out ok though!

We’re probably fine, except for the part where heat and humidity makes me sick. Didn’t have much exposure so I’m just on an anxiety-drain (i.e. tired).

Glad you are ok.
But, hmmm, I still have no clue on the game.

At this point I think there are three competing views of the world.

The straight view of @Dave_Perkins is that we have executed the Imp (@Matt_W) and the Poisoner (@jostly). Edit: The report on Jostly is unreliable due to his putative Recluseness, so we really don’t get much more out of this view except the Imp claim.

The Drunk view of @Dave_Perkins is that he is the Drunk, (an outsider) and that the things he has told us are wrong. In this view, one of @jostly / @CaseyRobinson must be evil because there can only be two outsiders. I’m tempted to believe that, since Dave reported Jostly as evil, Jostly must be the good one and Casey the evil one, but I don’t know that Drunkenness really works that way. Could we get a reliable report from a Drunk? Who knows. Similarly, does Dave Drunkenly reporting Matt as the Imp mean Matt is actually good and @Lantz must therefore be the evil that @rowe33 sensed?

The @Juan_Raigada view of the world is that none of @CaseyRobinson, @Matt_W, @Knightsaber, @Lantz, @jostly or @Perky_Goth are the Imp. Dave might be the Imp, or I might be, or one of us might just smell a bit Impy. Neither @rowe33 nor @Juan_Raigada have been tested by Juan’s tarot cards.

Edit: Of the three, I think the first one (Dave is straight) and the third one (Juan is straight) are incompatible; only one can be right. On the other hand, the Drunk Dave and the straight Juan views could both be right.

So, I guess we decide who to execute, then tonight @Knightsaber guards someone and @Juan_Raigada tests someone? Maybe he should test a suspect against a previously-checked known good?

The “Straight vie of Dave” could work if you account for jostly’s claimed role. I don’t think anyone expected Dave to report jostly as the recluse.

The “Straight vie of Dave” could work if you account for jostly’s claimed role. I don’t think anyone expected Dave to report jostly as the recluse.

Yes, you’re right. I think I realized that on Saturday and promptly forgot it in the intervening time.

I suppose Lantz is the best choice for now, then?

Of the still living choices we have:

Yes, that leaves only @Lantz.

I think trying to get some resolution on Dave’s possible drunkenness is of a lot of value. Sacrificing me is the best route there, although it would be more valuable if my role wasn’t as widely known. That said, it’s what we have.

It is hard for me to process that evil wouldn’t have gone for one of the information revealing roles if they were legitimate but I don’t see how it is actionable vs something to keep in mind.