I’m assuming this is US or NA only, but it doesn’t really matter as there’s a bunch of Rifftrax stuff on on Amazon Prime here anyway.

I was happy to see that because I often only want to watch one of their shows once. This would let me pay $6 instead of $10-15. Should result in us choosing them more often on a Friday night.

Should result in us choosing them more often on a Friday night.

Yeah exactly how we feel about it. Now if only they’d do something similar with MST3K’s catalog…

Should result in us choosing them more often on a Friday night.

Yeah exactly how we feel about it. Now if only they’d do something similar with MST3K’s catalog…

You can watch them for free on PlutoTV.

Ohhh didn’t know that thank you!

I got Hulu + Live TV so I could watch the Australian Open. The new price gave me a little whiplash. $71 for a month. Sheesh. Still, it’s worth it for me for the tennis. But it really puts into perspective that I can get HBO Max for 6 months for that price.

And I had forgotten that Hulu’s Live TV “DVR Recording” is not as good as Youtube TV’s. In Youtube TV, once you DVR record something, it’s like a normal DVR where you can skip through commercials. In Hulu’s DVR recordings, if you skip past one or multiple commercial breaks, they force you to watch at least one commercial break’s worth of commercials. Annoying. Especially since this is the “ad-free” tier price.

That sounds like YouTube TV’s VOD service, which is what you get (or got, since I haven’t used YTTV in a while) when you DVR’d certain shows.

Yeah, in Youtube I often had the choice though. It’s been a while, but I remember I could watch the VOD version of a World Cup match, for instance, and have to watch commercials, or I could watch the DVR version that I had “recorded”, and in that one, I could skip past the commercials. Same with Tennis. Now, I have no idea if they subsequently started forcing people to watch the VOD version, it’s been a while since I subscribed to Youtube TV so they might have.

I currently subscribe and watch a LOT of DVR’ed basketball; no forced VODs/ads. YTTV is so good, ugh, why does it have to cost so much.

My first weekend with SlingTV has been pretty great, not missing Satellite TV at all.

Half the cost is also a major positive. :)

Does Sling still offer the promotion with Tivo for the 4k streaming device if you pay two months up front?

I did that and the device is good but needs solid wifi or it’ll buffer a lot. But it is a pretty good device. It’s tiny, integrated with Sling, and throws in Tivo channels, Pluto, Locast, and a basic DVR feature. It’s actually just a skinned Android TV device so you can add any app. I’ve added HBO Max, a couple news apps, and Disney+, and of course Netflix and Hulu are supported.

As I mentioned in an earlier post, I do miss the convenience of local channels over the DTV satellite I used to have (Locast is a great idea but their method of nagging for donations is really annoying, almost to the point of making me NOT want to subscribe). But the $30 a month Sling and Tivo beats the shit out of $150 a month DTV.

The talent level behind this is insane. 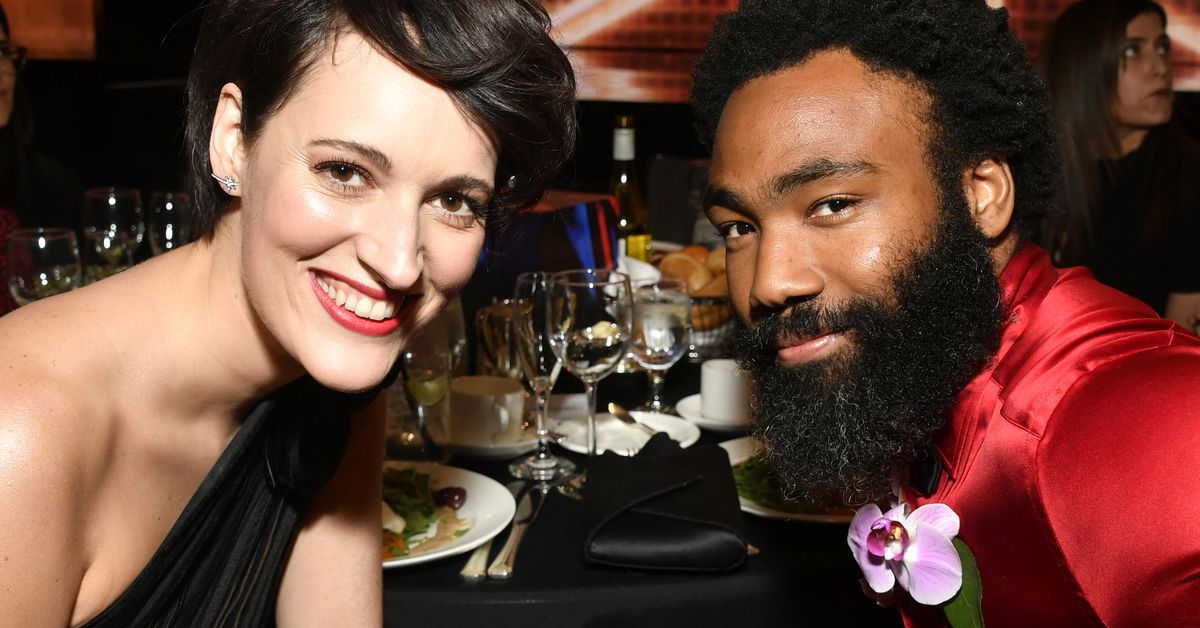 Phoebe Waller-Bridge and Donald Glover to star in Amazon’s Mr. and Mrs. Smith...

The pair also were in the 2018 Disney film Solo: A Star Wars Story

The talent level behind this is insane.

Wow yeah. I sincerely hope they get good writers, because shitty scripts is about the only thing that could stop something with that talent level from being at least marginally good.

Has Hulu moved to a week delay from day delay for Fox and other shows? I used to be able to watch Bob’s Burgers the next day on it and now it seems new episodes are on a one week delay.

Research tells me that this week was an anomaly because Nascar pushed BB to next week, thus there was no new episode.

I was wondering why my DVR recorded a 6-minute segment of the news instead of Bob’s Burgers!

I would think they’d both have some hand in the writing. At least, I HOPE they do.

I would think they’d both have some hand in the writing. At least, I HOPE they do.

Well it says they are starring and executive producing, which doesn’t necessary imply they are also writing. I don’t want to get my hopes up too high, but this sounds right up my alley so I’m trying to contain my excitement.

YouTube TV is going to offer 4K viewing as an option for their live TV service next month. I wonder how many sources even offer that fidelity. I thought networks were still stuck at 720p or 1080i, but maybe we’ve moved past that.

YouTube outlined a string of new features coming to the internet’s biggest video platform, including enhancements to YouTube TV and the rollout next month in the U.S. of YouTube Shorts —…

Broadcast may be limited to 1080p, but there’s no reason the content isn’t being filmed at 4K now.