Ha! It’s Asobo! What’s funny is even when I typed it this time it got autocorrected to Adobo on my phone. I wonder if I should correct the thread title.

Why did the voice actors lose their French accents? They were so great in the first game! It’s the same kids who play Amicia and Hugo, but they’re full on British accents now (which are the kids’ natural accents.)

So that was jarring for me too, but you get used to it. That said, what great voice actors. I would say it difficult to not genuinely care about Amicia and Hugo. I really enjoyed the game.It took the first game and cranked it up 11 in terms of scale.

Nothing mechanically you haven’t seen before or better, but overall just really enjoyed my experience. Yes the upgrade system is unnecessary, it gets a bit repetitive then opens up…then gets repetitive again, but I was invested in all the main characters. Set pieces are awesome and was just very entertained by the whole game.

I do wish your decisions mattered more. I thought in a couple of spots it was going to but in the end you can do whatever you want

I kept thinking before i finished the game what would this look like if they continued and we followed this curse to present day guess we will find out.

Bah keep getting crashes. I think my GPU might be overheating :/

… and there it goes again. Even dropping down to Medium didn’t help. Hmm.

… and neither did Low. Maybe it’s not overheating. Hmm.

Disappointed to have to give up on this, but it’s the crashiest title I can remember. Bad crashes too - freezes requiring reboot, or just spontaneous shutdown and restart. Nothing as graceful as a CTD.

I was enjoying the stealth model, with its pretty clear discrete choices about how to progress. I started off shying from contact with soldiers but now anyone I see is rat food. BETTER SAFE THAN SORRY JERKS.

Having just finished Timemelters (a low budget title which didn’t crash every few minutes) I feel like I’m in a phase of distressed but quickly lethal British girls. Maybe I should try Bayonetta.

I didn’t make the connection that this was a next-gen only title, hence the pretties. Yay :) 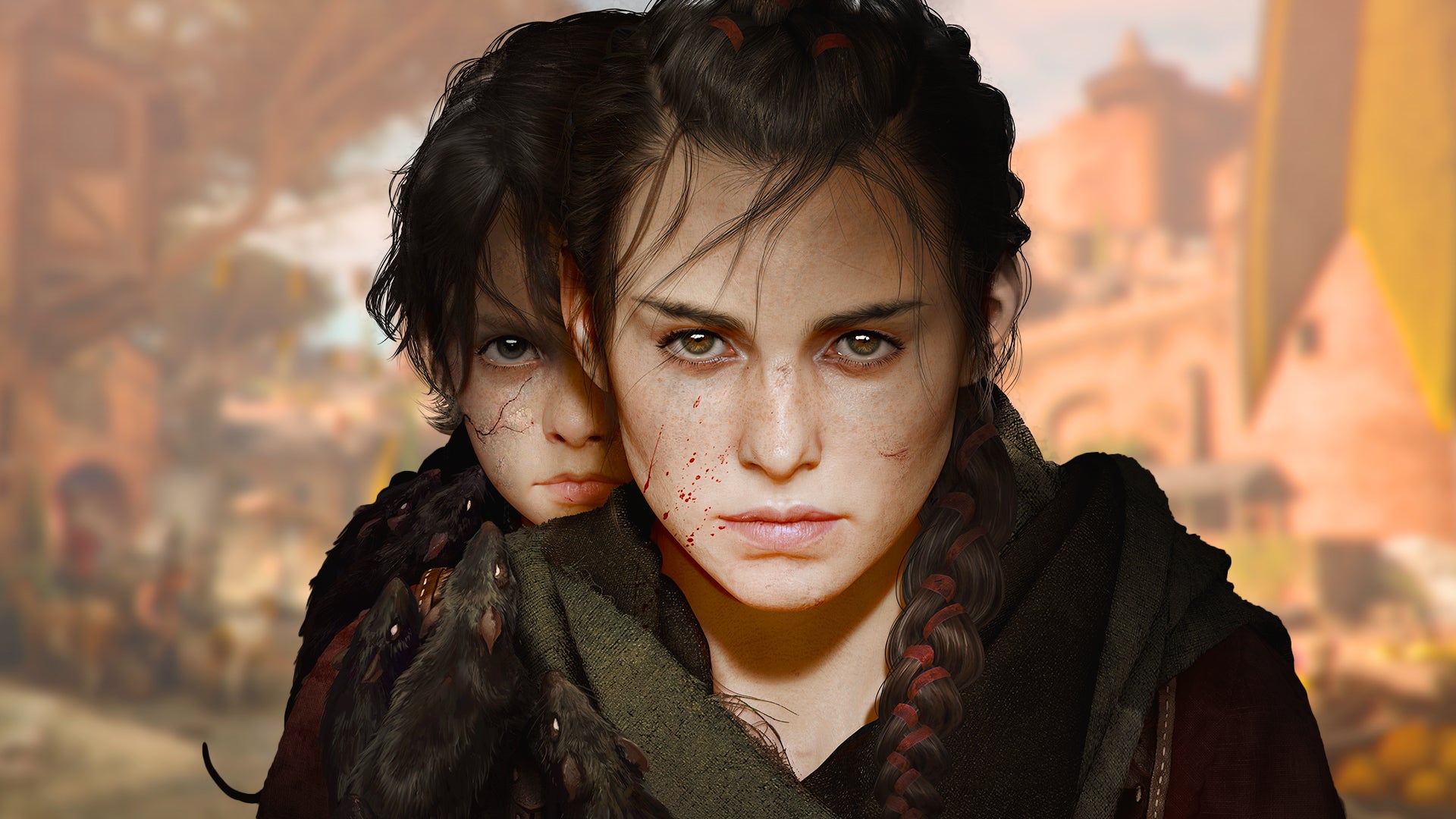 A Plague Tale: Requiem is a beautiful tech showcase that pushes the consoles...

Two years on from launch, games developed just for PC, PS5 and Xbox Series hardware are still a relative rarity, an eve…

I have had to limit my machine to 30fps to stop it crashing though :(

I’d love the looks to be matched by good free-form interaction with scenery though. Once you can climb in a way that makes sense for the actual shape of the terrain, and not at prechosen points, and with all the animation still looking as good, that’ll feel next gen through and through :)

I’ve made it to chapter 5. I wouldn’t say I’m disappointed in the game, but it’s not as good as the first one.

I haven’t had any crashes, but I did have one area where some game trigger that was supposed to happen never did and I wandered around for 20 minutes trying to figure out what to do next. Finally had to consult a walkthrough, which told me Lucas wasn’t supposed to be just standing there scratching his butt or whatever. A quit to menu and back to the game fixed the issue, but that was frustrating.

Movement is a bit clunky. I don’t appreciate when the game makes me move slowly and won’t let me sprint.

The individual setpiece sections are really great. The game looks fantastic and it’s fun working through each part. The puzzles are (usually) fun and interesting. The plot is… well it’s nonsense. I’m sorry, it gets harder and harder to suspend disbelief. The first game was so great how it transitioned from this deep historically grounded game to gothic horror. There was real emotional weight to Amicia’s first killing. The second game tries to recapture that, but it’s forced and the plot does not proceed organically. Amicia and Lucas have to traverse a hellscape of rats and rotting bodies to find an alchemist dude, but once they find him, no problem getting back to the house. There was one scene where it gave me an objective to Save the Herbalist, but after 20 tries I just figured it was impossible. And the game never gives me enough reason to think saving Hugo is worth causing the terrible deaths of thousands of people and the complete destruction of two or more towns. Collectables are shoved in there as a matter of rote. (Hey, let’s take a break from our urgent task while we’re being chased by hordes of rats to have a lengthy look at this neat map.)

I like the game and will play it through to the end, but I really liked Innocence and am sad this one is less. (And I still think the decision to lose the French accents was dumb. Why keep the same actors if they don’t sound the same?)

I’m having enough fun with this one to pick up the first at some point too. These rats are not messing around. I’d be interested to see how the plot started out and how this modern English family came to be adrift in Provence :)

Eh, if they gave that French guy who captained the Enterprise an english accent I figure these kids can do it too.

I’m normally fine with English accents representing “insert local language here” (in fact, I prefer it over them speaking that language with that accent, which makes no sense to me), but I agree with Matt that if you’re keeping the same voice actors as the first game, they should continue their accents instead of changing it.

Maybe it’s part of their assumed identities, like Witness Protection.

I know guys - we’ll be British!

I felt the same I think, but it did grow on me.

Finished this one up the other day, really enjoyed my time with it for the most part. Plague Tale for me has been filling the void left by Uncharted. I wish there were a few more story beats, it was pretty predictable for the most part. Amicia’s mother Beatrice stood out as a pretty meh character which was disappointing. The skills and upgrades were laughably bad and both should have been cut completely. I did like a couple characters they added. Looking forward to whatever Asobo puts out next. Wonder if they are going to continue the series or start something new.

You can complete the objective but like you I didn’t and it doesn’t matter either way.

I’m rethinking this. I’m having to force myself to play it. Part of this is that my video game interest is cycling low right now, part is that my attention span is utterly obliterated, but part is that the game is just a rehash of the first one, but without a compelling narrative. I think I might just cut my losses and delete it.

I’m playing, I’m on the boat at the river. The gameplay could be more polished: in some occasions the pesky rats appeared on a ‘narrow stream’ where they shouldn’t, on the middle of a illuminated areas, this has killed me more than once. Or in another moment I couldn’t move myself, stupid Amicia would have issues to walk forward in a place that clearly was open enough, it seems she got stuck but the corner of a small object, killing me too (I had one of those torches that hold for some seconds).
The core gameplay of stealth/combat isn’t still up to the quality levels one would like, sometimes it feels more annoying than engaging, to be honest. I know I’m being vague here.

…Slowly, and with pauses where I played other game.

Still, now I’m 70% done. And… yeah, I think I’m playing at this point because I’m past the half point of the game, it can be visually stunning ;) and it has strong voice performances, but beyond that, the characters themselves can be unlikable, the story doesn’t really develop beyond the initial premise and the gameplay is iffy, in both stealth and combat (no that it tries to be an action game). Also some puzzles were more frustrating than anything.