I felt the same I think, but it did grow on me.

Finished this one up the other day, really enjoyed my time with it for the most part. Plague Tale for me has been filling the void left by Uncharted. I wish there were a few more story beats, it was pretty predictable for the most part. Amicia’s mother Beatrice stood out as a pretty meh character which was disappointing. The skills and upgrades were laughably bad and both should have been cut completely. I did like a couple characters they added. Looking forward to whatever Asobo puts out next. Wonder if they are going to continue the series or start something new.

You can complete the objective but like you I didn’t and it doesn’t matter either way.

I’m rethinking this. I’m having to force myself to play it. Part of this is that my video game interest is cycling low right now, part is that my attention span is utterly obliterated, but part is that the game is just a rehash of the first one, but without a compelling narrative. I think I might just cut my losses and delete it.

I’m playing, I’m on the boat at the river. The gameplay could be more polished: in some occasions the pesky rats appeared on a ‘narrow stream’ where they shouldn’t, on the middle of a illuminated areas, this has killed me more than once. Or in another moment I couldn’t move myself, stupid Amicia would have issues to walk forward in a place that clearly was open enough, it seems she got stuck but the corner of a small object, killing me too (I had one of those torches that hold for some seconds).
The core gameplay of stealth/combat isn’t still up to the quality levels one would like, sometimes it feels more annoying than engaging, to be honest. I know I’m being vague here.

…Slowly, and with pauses where I played other game.

Still, now I’m 70% done. And… yeah, I think I’m playing at this point because I’m past the half point of the game, it can be visually stunning ;) and it has strong voice performances, but beyond that, the characters themselves can be unlikable, the story doesn’t really develop beyond the initial premise and the gameplay is iffy, in both stealth and combat (no that it tries to be an action game). Also some puzzles were more frustrating than anything.

This will be my 500th finished game. I am in chapter 9. I love it. Gameplay design is not amazing and I dislike the invisible walls and yes, few sections required a bit of trial and error, but I love the characters, the atmosphere, the visuals. I will have no problem finishing it. I am not finding the gameplay or storytelling worse than in, say Last of Us (PS4).

The visual design is really perfect marriage of art and tech. Might be one of the, if the the, best looking game ever. Of course, it helps that it has no dynamic time of day so they can get this amazing GI even without raytracing. And it runs great, at stable 60 in 4K with DLSS balanced. Only technical flaw is the annoying camera weirdly getting stuck for a microsecond anytime it touches anything. But still, I am immensely impressed by what this fairly small team at Asobo accomplished. Almost every chapter takes place in new location, is quite extensive and interesting to be in. 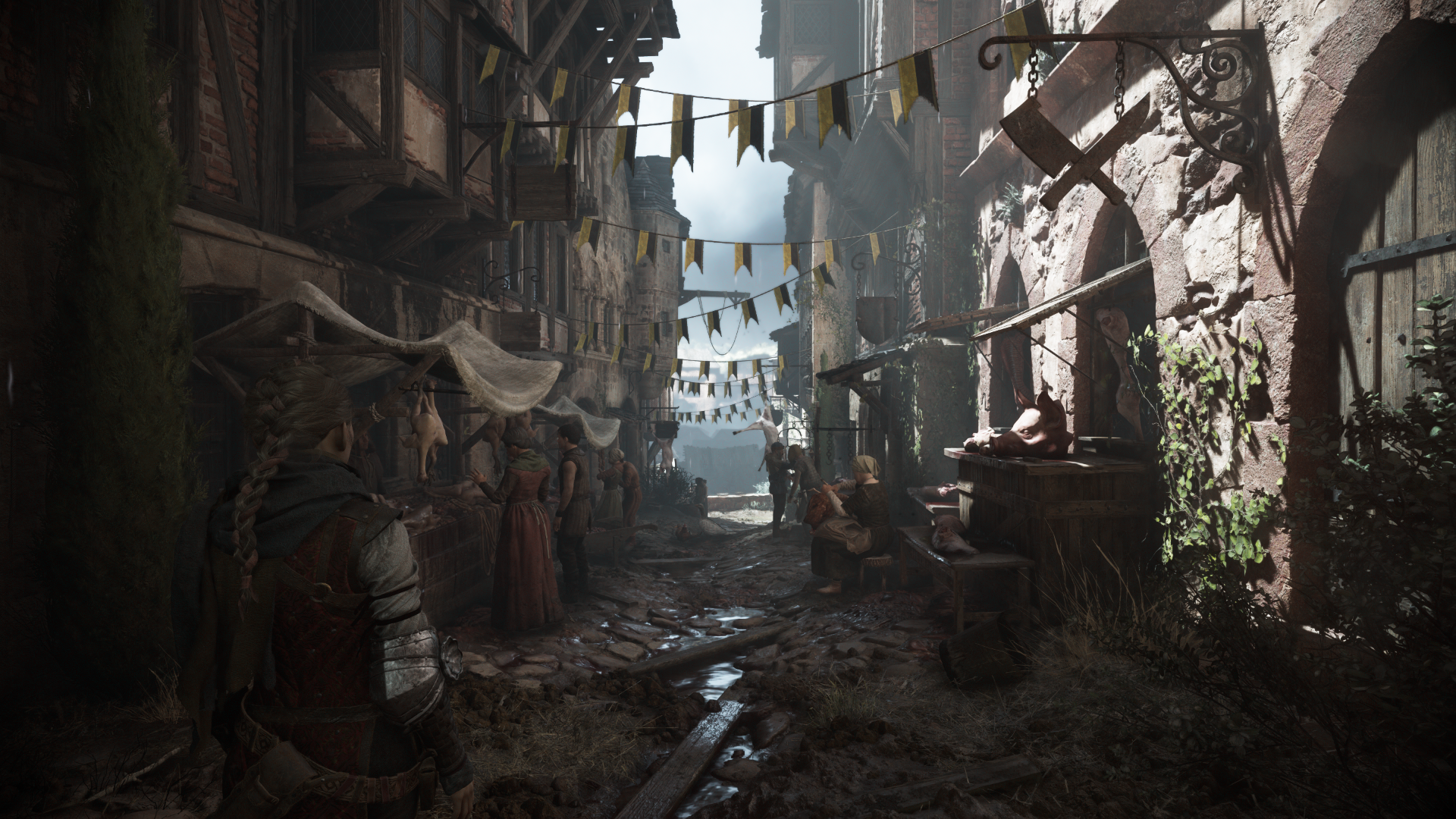 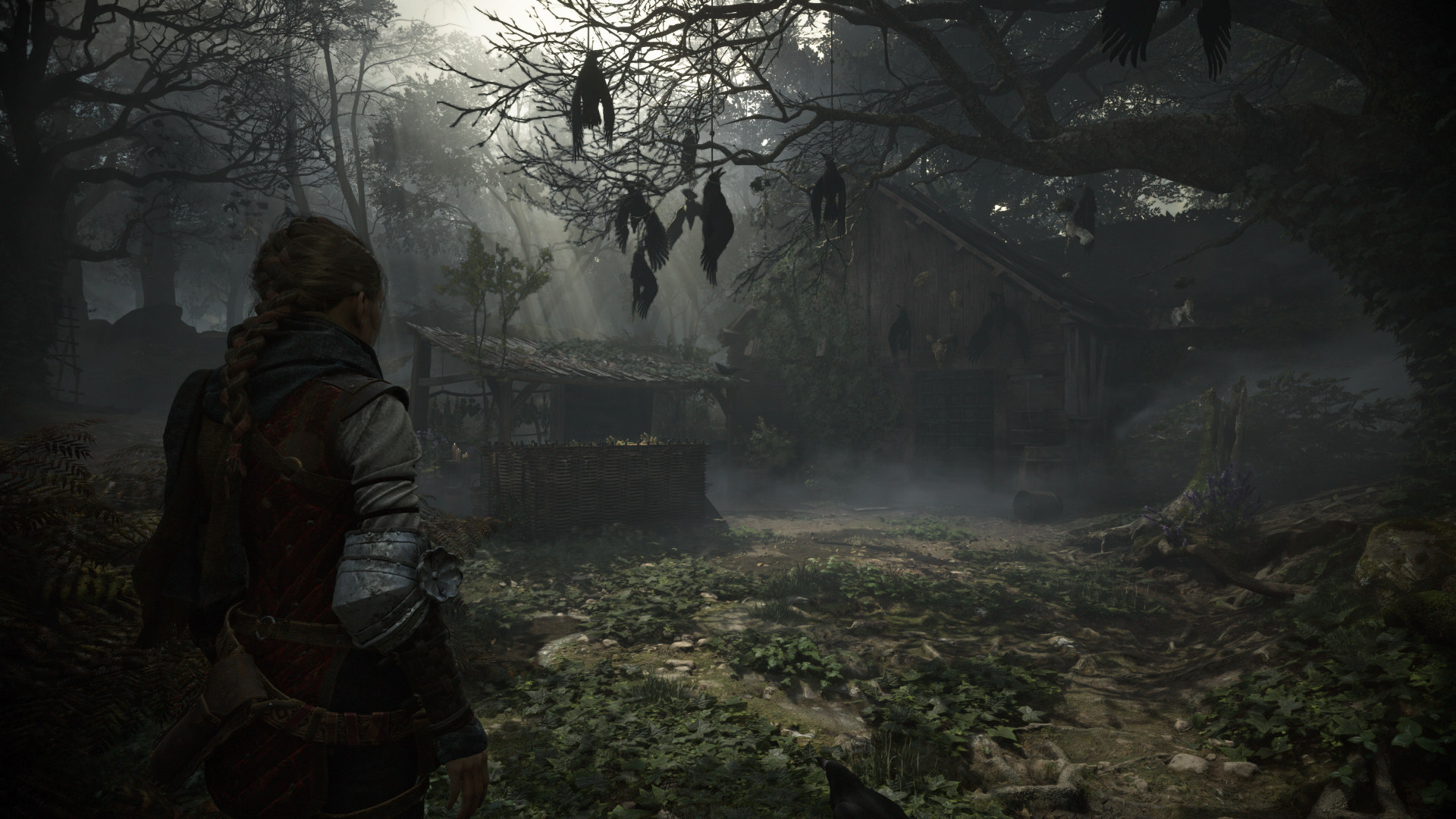 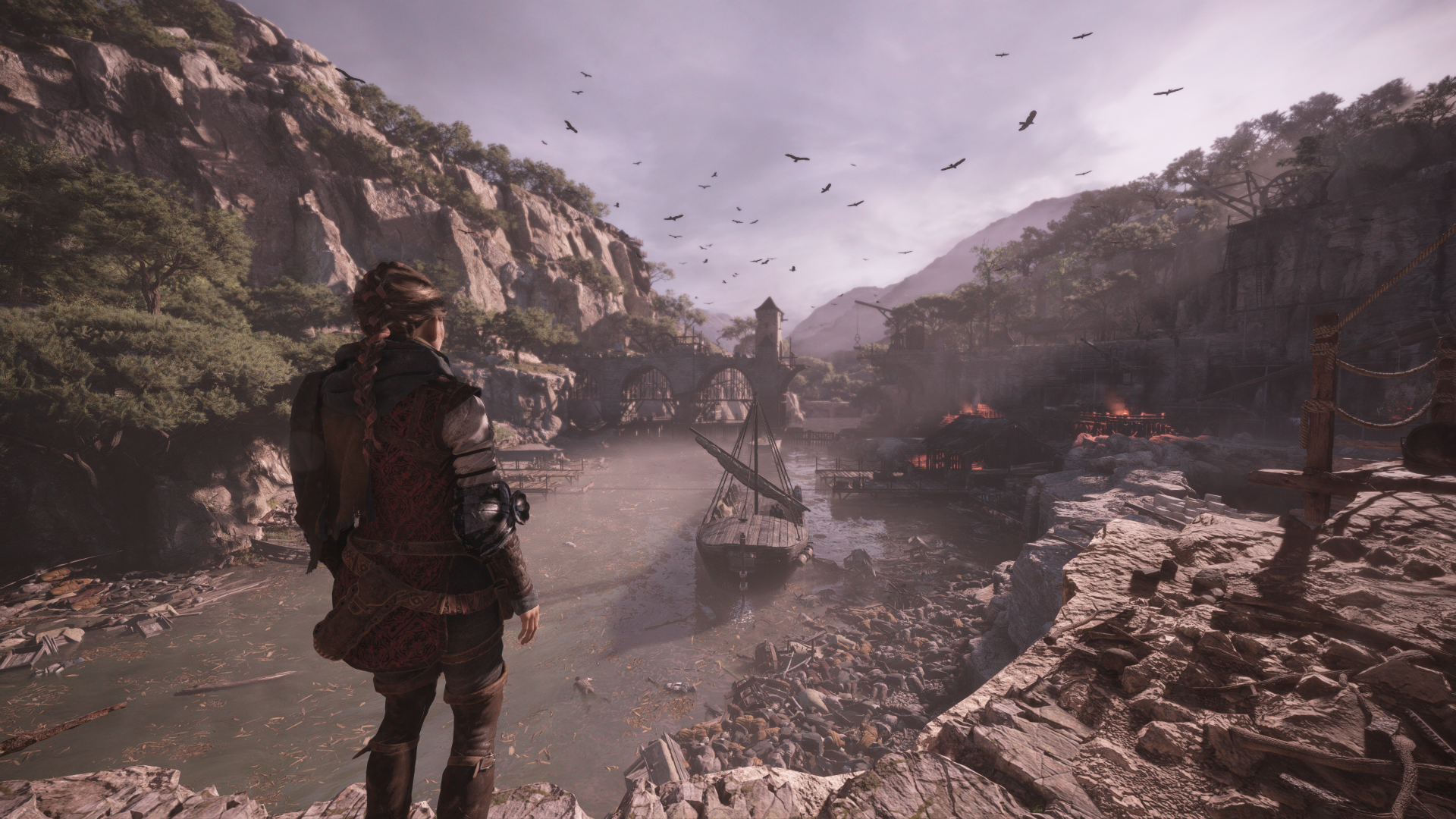 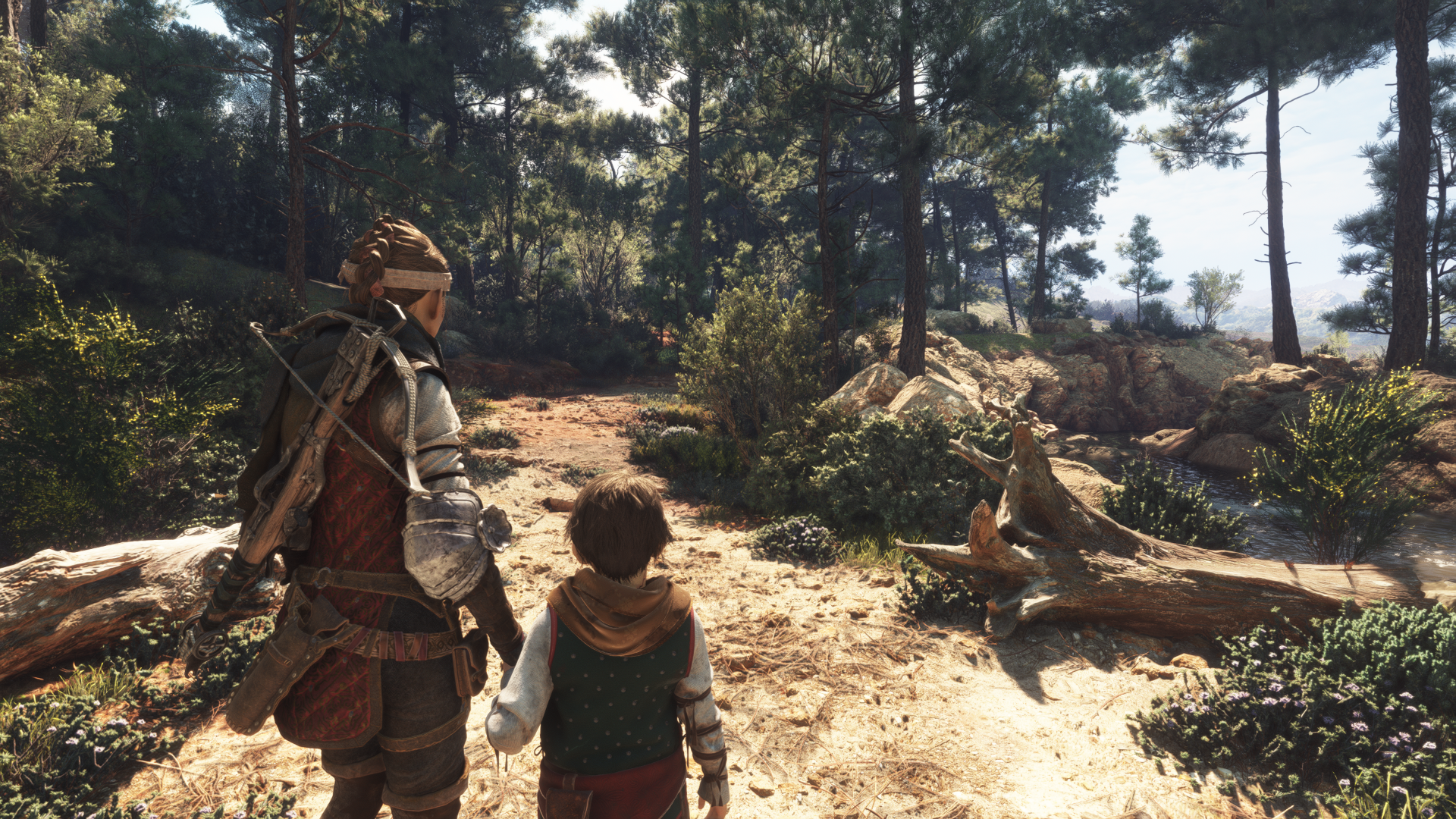 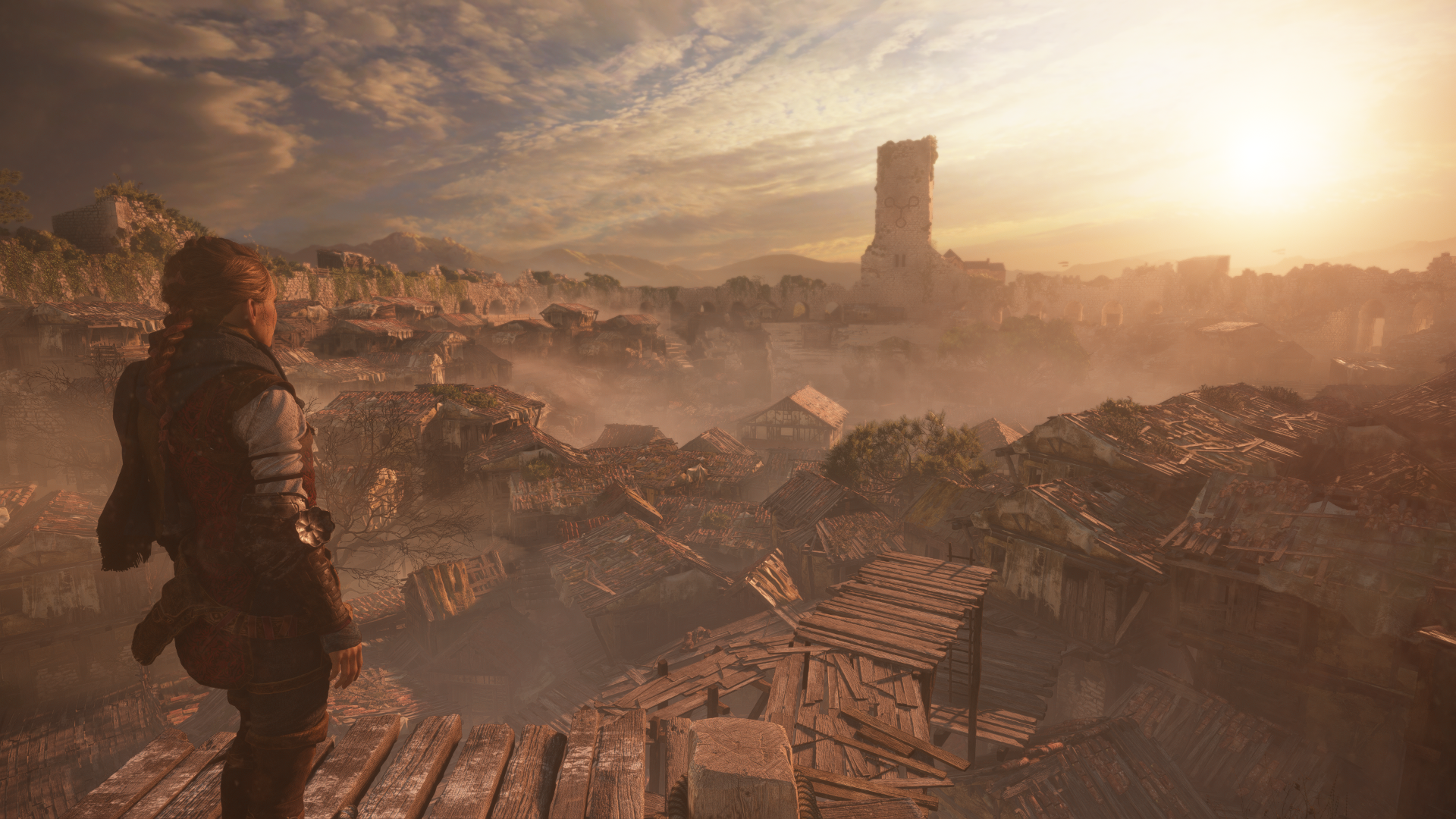 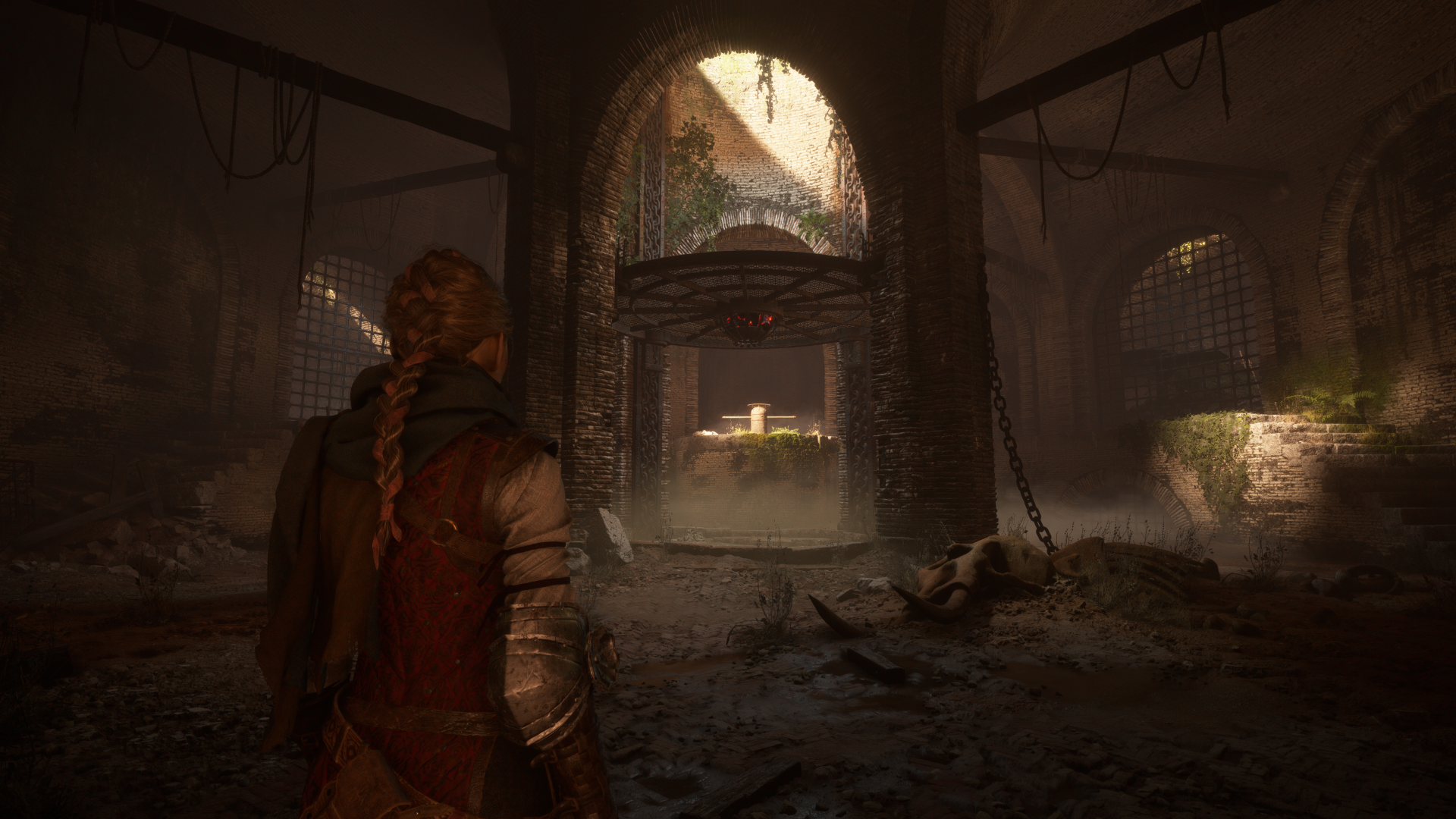 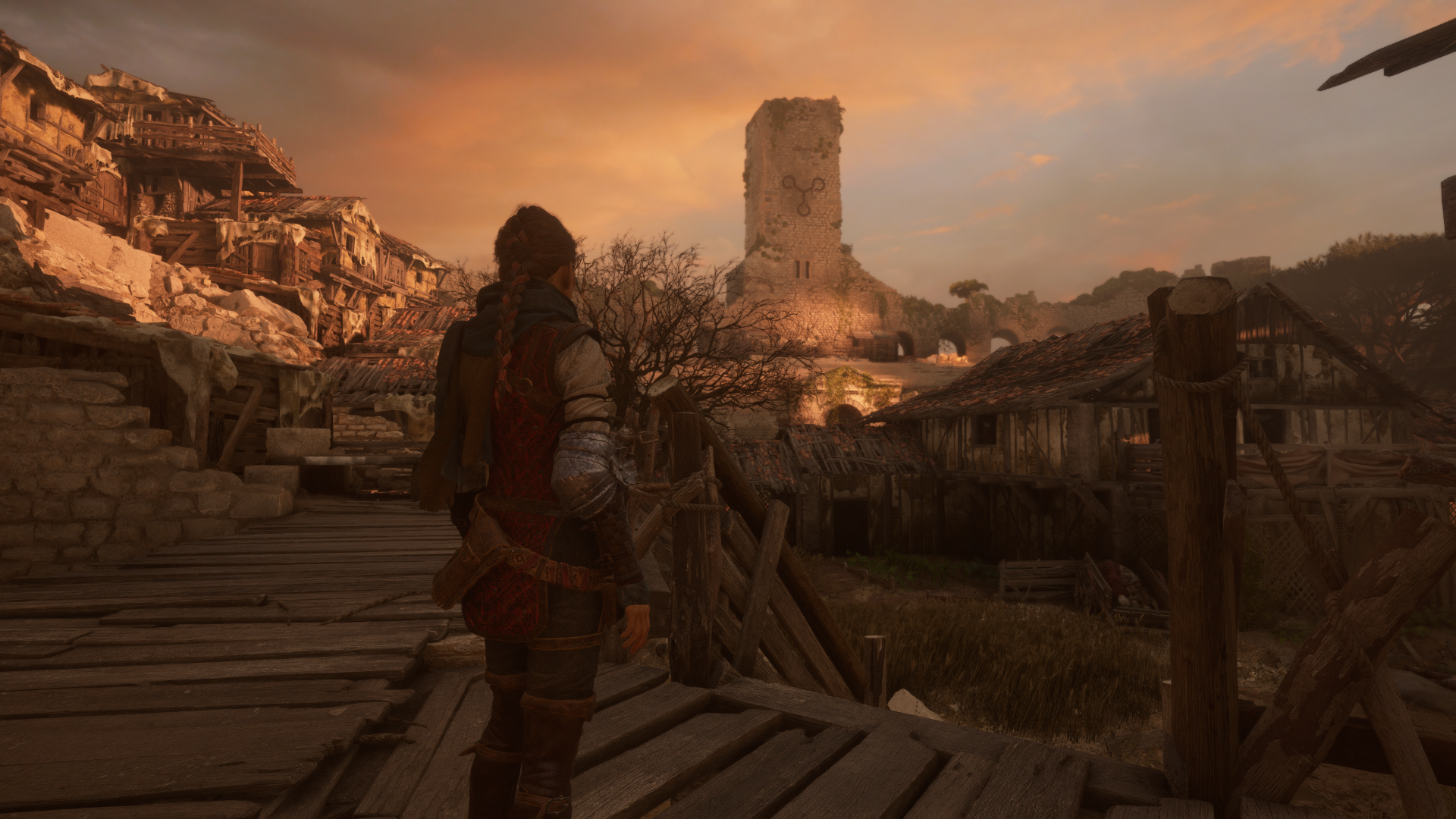 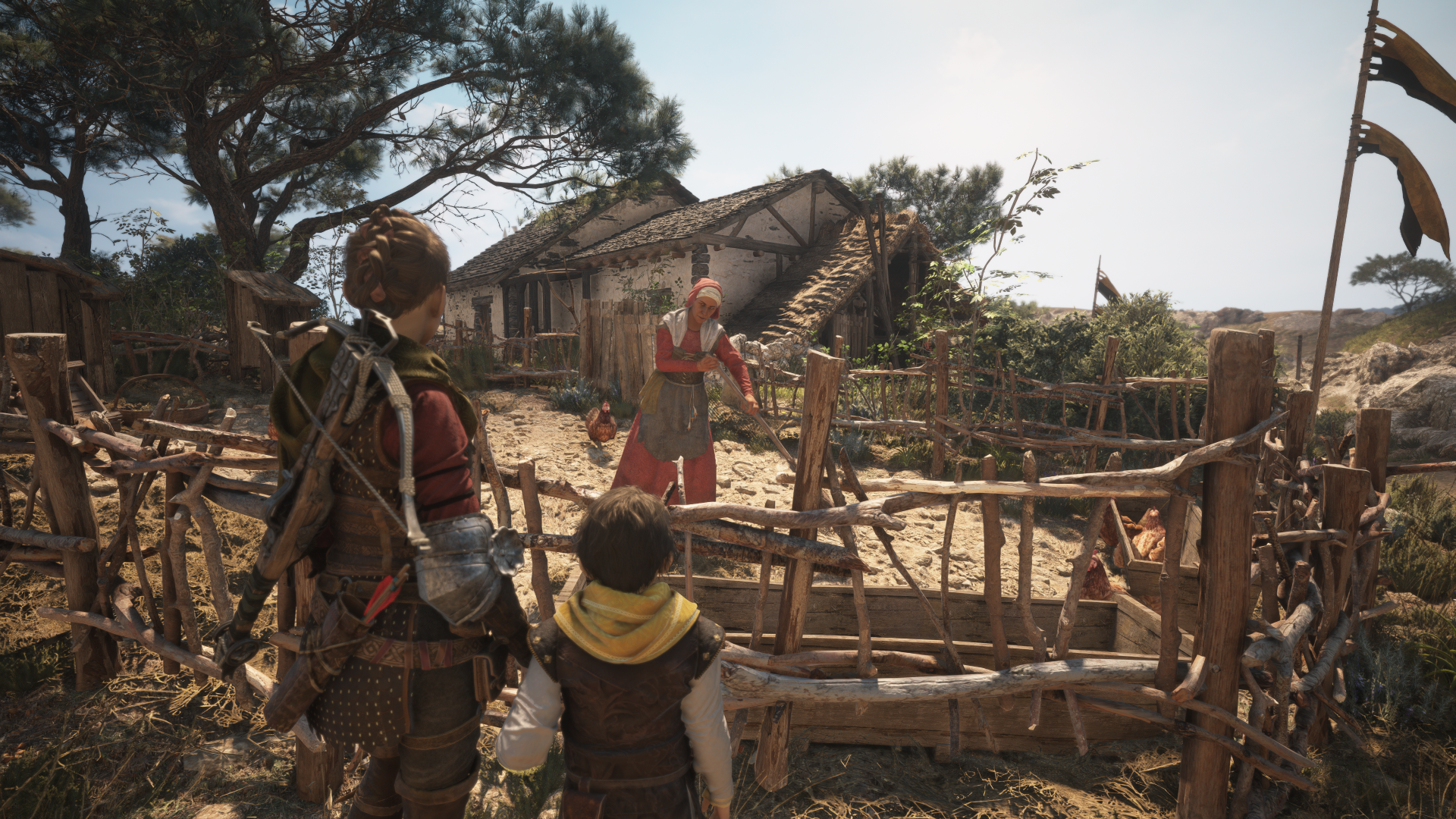 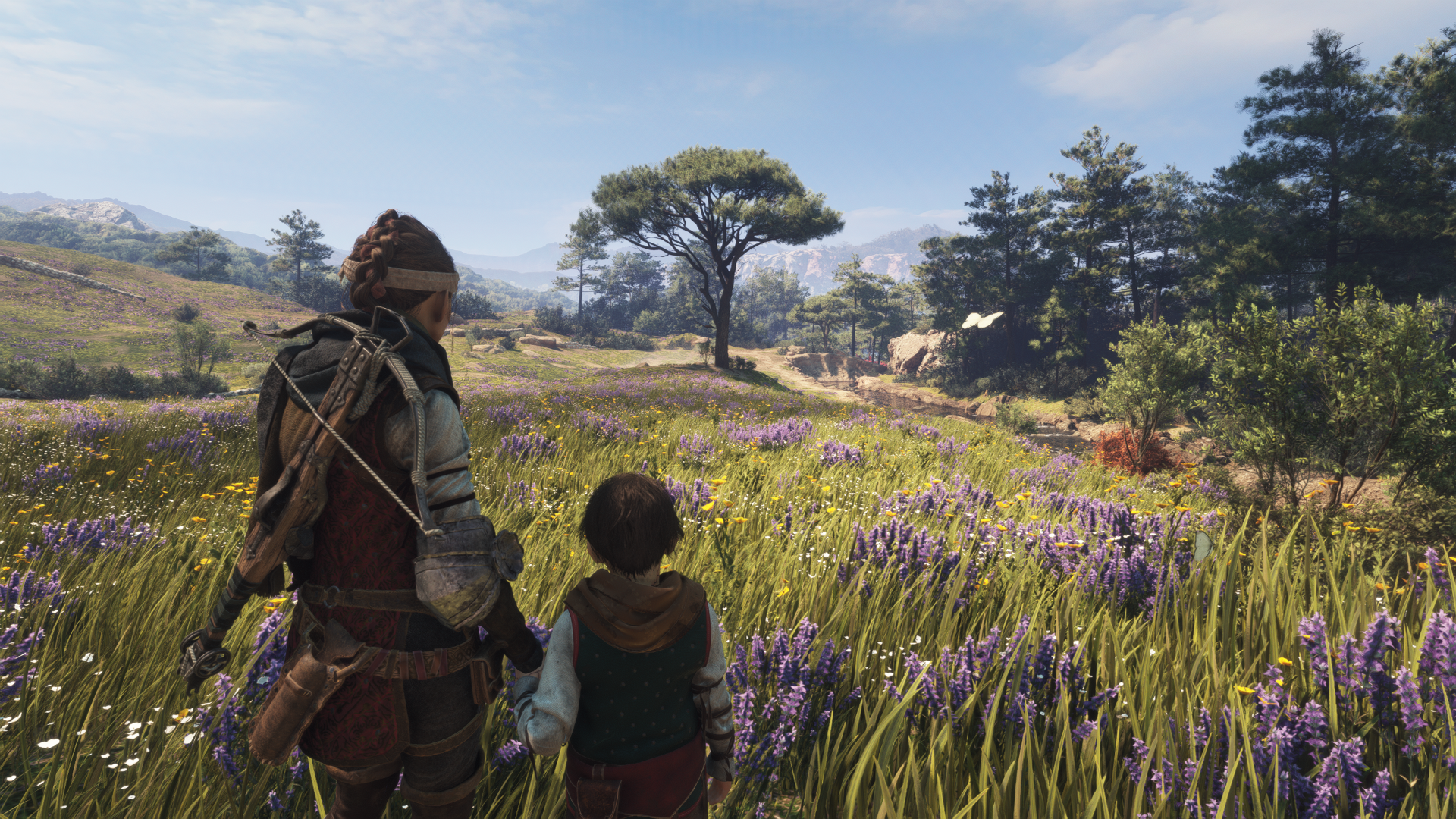 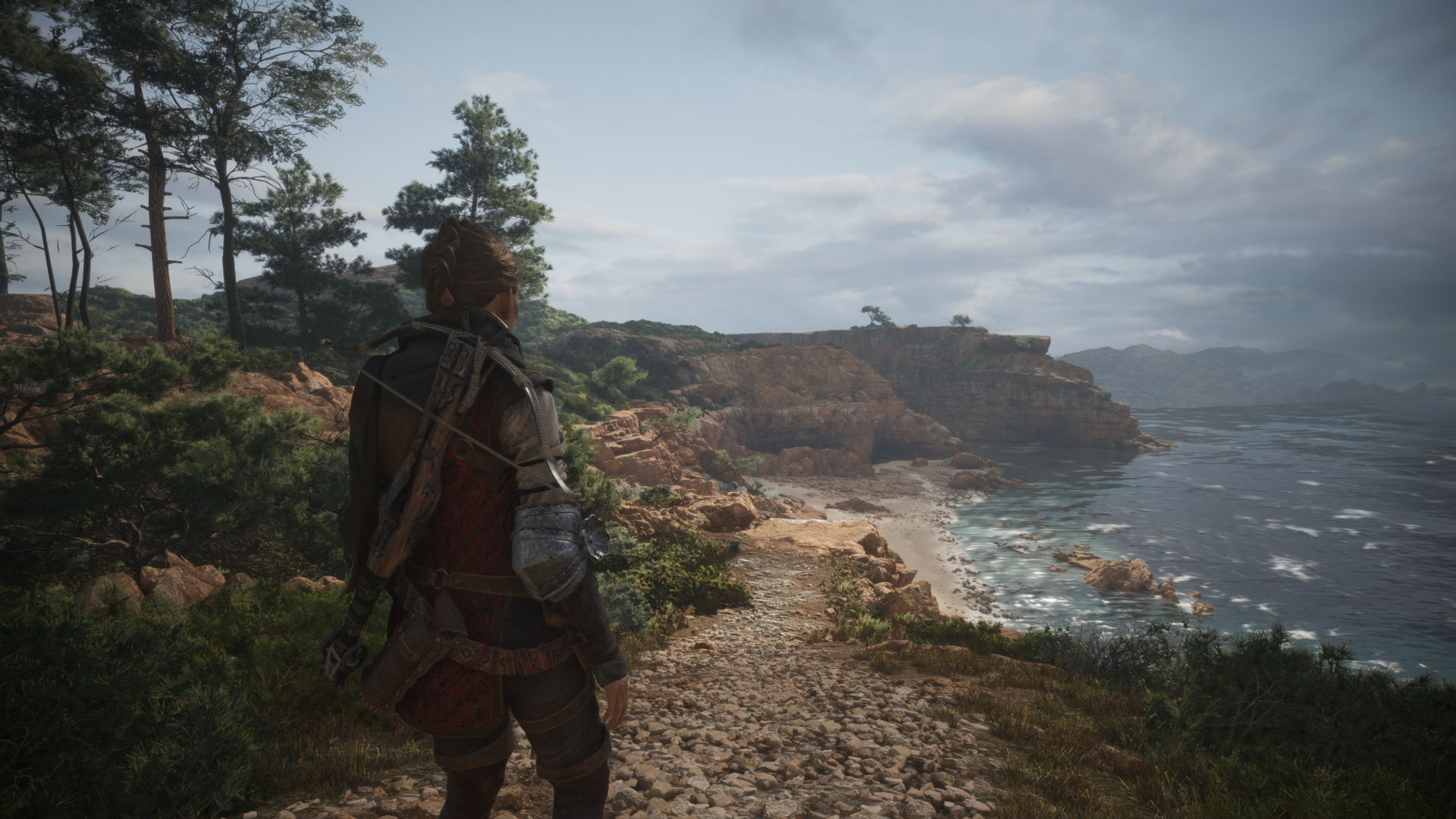 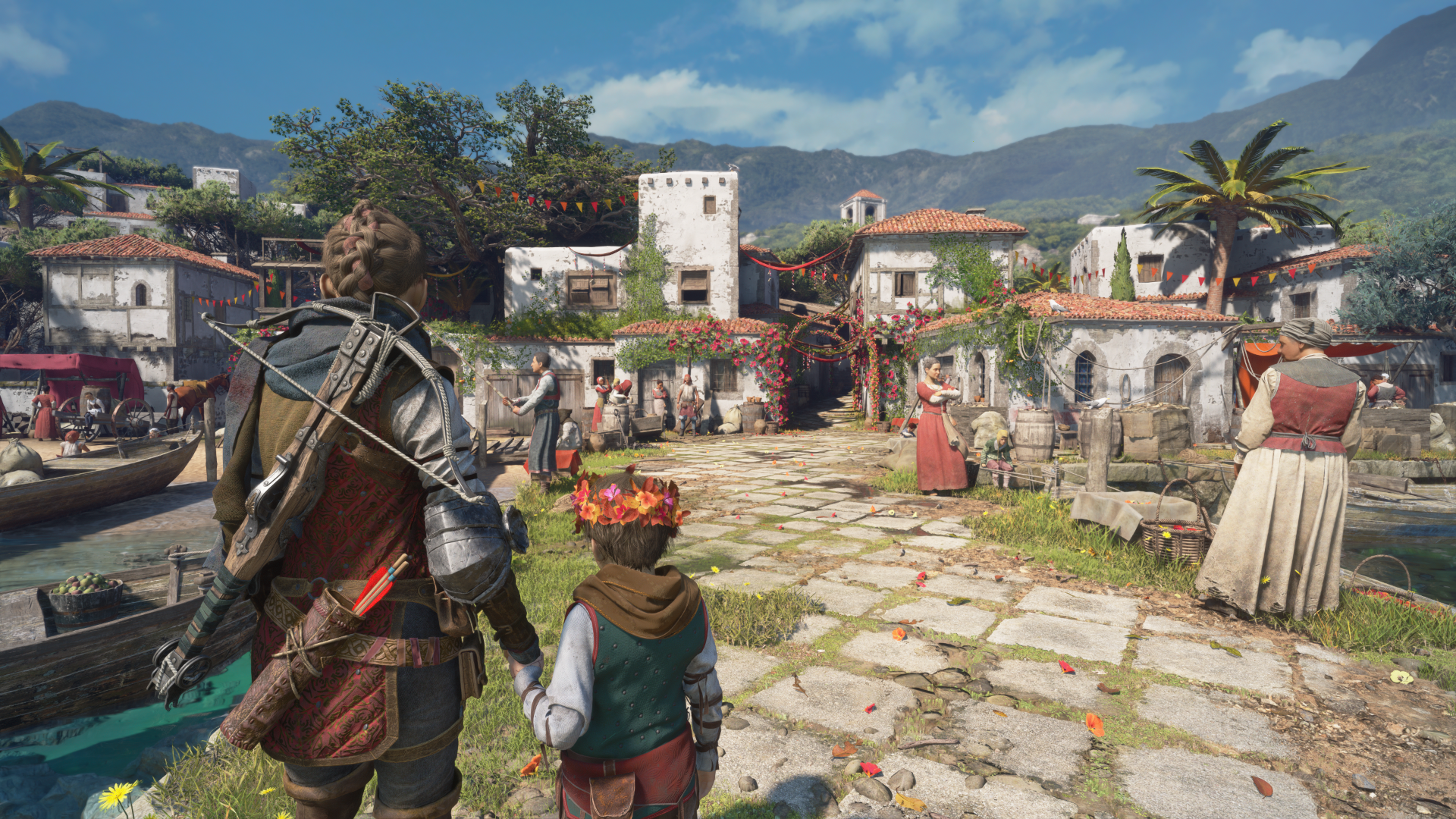 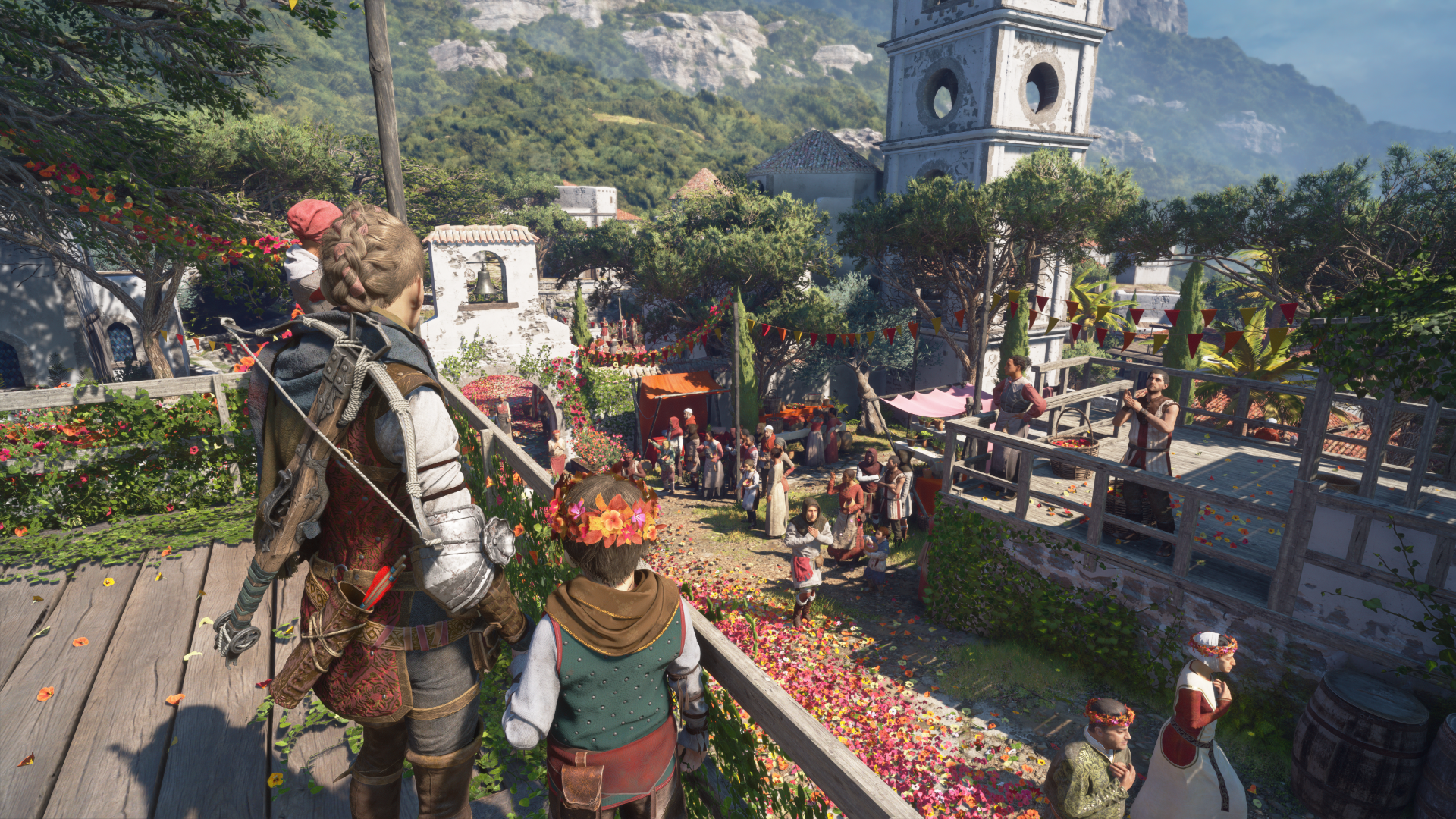 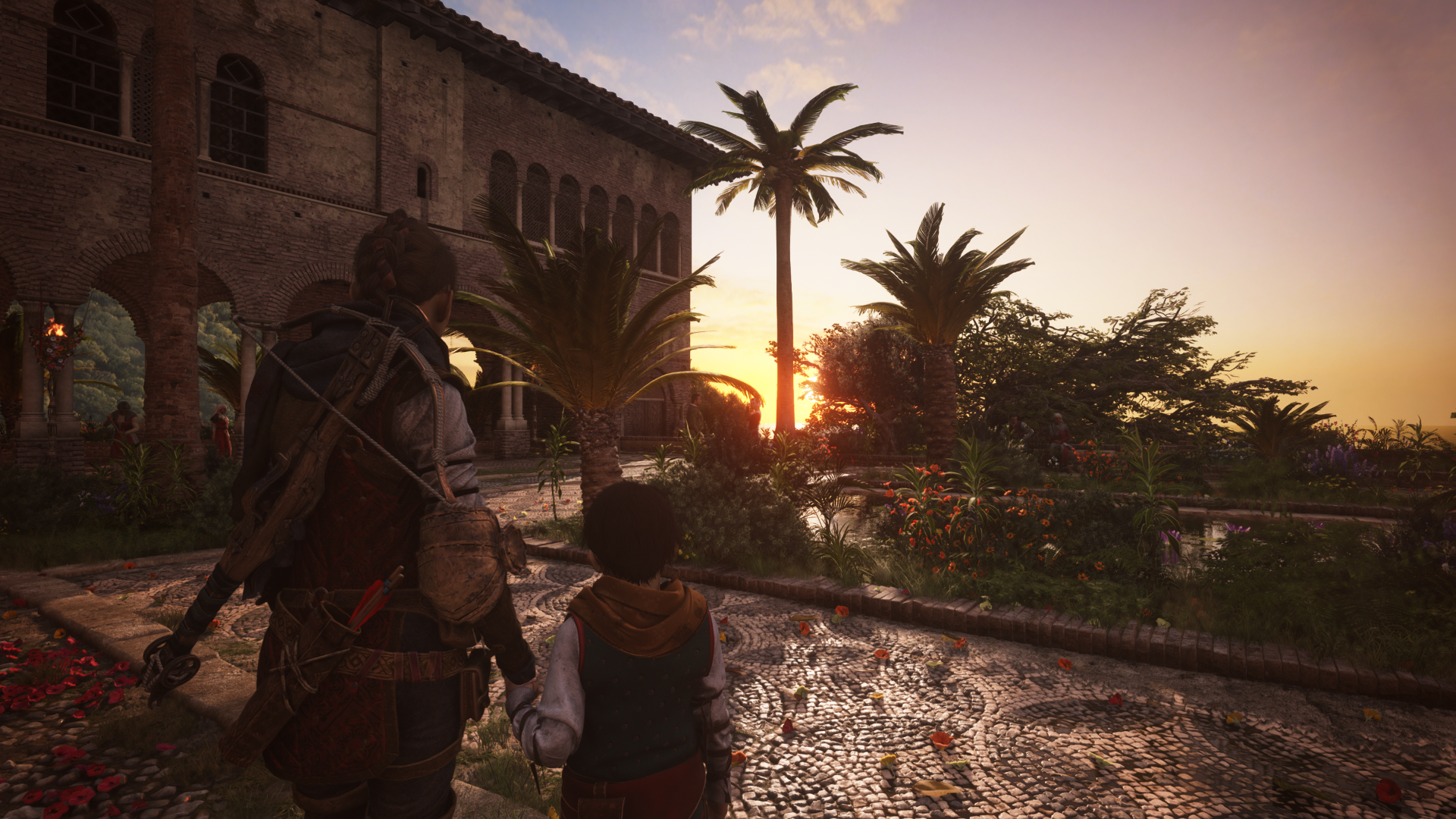 Of course, it helps that it has no dynamic time of day so they can get this amazing GI even without raytracing.

It’s one of the reasons why the original Assassin’s Creed looked so much better than the Ezio trilogy. Once you move to dynamic time of day, it’s really hard to make your game look as good.

It’s one of the reasons why the original Assassin’s Creed looked so much better than the Ezio trilogy. Once you move to dynamic time of day, it’s really hard to make your game look as good.

And also why 8 year old Unity is still the best looking game in the franchise.
That is what realtime raytraced GI is for, to bring that level of quality to games with dynamic time of day. Cyberpunk, Quake 2 RTX, Metro Exodus EE, Dying Light 2, Fortnite, Matrix demo and Witcher 3 Nextgen are great showcases for it already.

I’d say the best showcase at this point is Horizon: Forbidden West

And finished. It is quite a long game (23 hours or so). Beautiful, heartwarming, heartrending, depressing experience. I would still say the gameplay design was “not great, not terrible”, meaning, it’s ok, but probably the game’s weakest aspect. But the characters, story, atmosphere, visuals, soundtrack…all of that was fantastic. I feel like I was on a journey there, and I will miss it.
8.5/10

Looking forward to whatever Asobo creates next, as long as it is singleplayer/storydriven.

Did you play the first one? How does it compare in your opinion? Wondering if I should pick it up cheap to fill in the back-story :)

First was a free giveaway on Epic Game Store, maybe you already have it. You should check that first.

Thanks, must have missed it. I think it used to be on Gamepass as well. Missed that too :)

The first one is better. The second has better graphics, but that’s about it. I got bored with Requiem after a few hours, particularly due to the narrative recycling. Innocence was one of my favorite games year of release.

Did you play the first one? How does it compare in your opinion? Wondering if I should pick it up cheap to fill in the back-story :)

Finished it, enjoyed it, but unlike Matt, I prefer Requiem by quite a large margin. Gameplay is less rigid and more open, areas/chapters are larger and more varied, production values are quite a lot higher, and as I said, I still love the characters and enjoyed their journey.

I would recommend playing both games though. Although perhaps not back to back - they are quite similar.

I started playing this over the weekend and I’m really digging it. It does look really nice, and it’s probably helpful that I enjoy stealthy, sneaking gameplay. The story seems interesting and I’m curious to see where it will go. One thing I’ve noticed about the characters having English accents as we discussed above - it’s actually interfering a little bit with my sense of place. Like, we’re wandering around France and eventually into the Mediterranean, but everyone sounds English. It’s a little disorienting. Not enough to bother with my enjoyment of the game, but it’s noticeable.

I beat the story last night - I figured I had further to go, but the last third or so of the game moves much quicker, and the chapters seem shorter. I’ll add some spoilered impressions:

Wow, that ending was kind of a gut punch, I thought. I’m not opposed to downer endings in general, but this game seemed to want to go the Walking Dead for showing how shitty the world was getting, and all the people in it. I guess the best action to take whenever a Macula carrier arises is just straight up kill them before it can cause harm to any others. Does seem interesting to me that they’ve sort of left themselves an Assassin’s Creed sort of opening for a sequel - clearly Hugo and Amicia’s story is done, but there could be other carrier/protector pairs popping up anywhere, anytime.

But I did enjoy the game overall, and I do think the experience in general was stronger than the first game.