Any one played this yet? Most retro shooters are aiming for games that are a little too old. I love the idea of a retro shooter aiming for the Half Life 2 / Halo era of FPS.

Found out about it through this article tonight.

New Steam Shooter Is Basically Half-Life 2 And It Rules

Someone with more spare time than me check it out and report back!

There’s a demo too.

I’ve not played it but it looks great.

I played the demo. Some good stuff there if you can stand the look, but it’s pretty difficult I found. Like, brutally hard.

Still trying to get my head around Half-life 2 retro shooter.

I don’t get it; other than the graphics how is HL2 retro? The gameplay hasn’t been surpassed in any meaningful way.

Alyx is the exact same gameplay, if you ignore the VR and a couple of connect the dots puzzles is it retro? Of course not. Stupidity.

It’s the graphics, of course. Any indie team can do those graphics now. But not the graphics from your typical triple A fps.

About the only thing I really found cool in the demo is that the name “Adaca,” and the fact you are on a prison planet, makes me thing “Attica.” 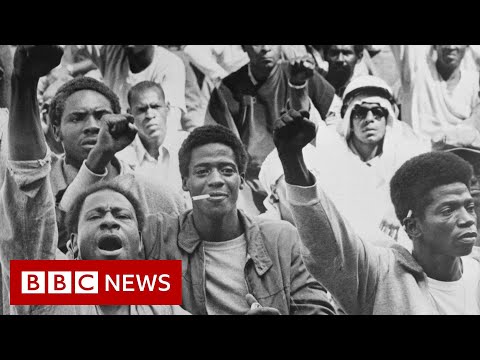 I don’t get it; other than the graphics how is HL2 retro? The gameplay hasn’t been surpassed in any meaningful way.

“retro” means “old style” of gameplay, as in not used by most modern games, not “bad gameplay”.
Doom has not been surpassed and everybody agrees is retro.

Although I agree HL2 isn’t that much retro. You have modern games like Metro Exodus that are somewhat similar, but they are rarer and rarer.

I guess HL2 is retro if you were 6 when the game came out.

“retro” means “old style” of gameplay, as in not used by most modern games, not “bad gameplay”.

I didn’t say otherwise. Games today still play like HL2, it isn’t retro at all.

Kids today will never understand how hard it was to climb a ladder in the 90s.

See I hated Half Life so much I never played HL2, so claiming an entire era of FPS games is like HL2, to me, is both insulting and lazy.

There’s a direct line from HL2 to pretty much every modern FPS with a singleplayer campaign released in the past 15 years. It’s one of the most influential genre-redefining titles of all time.

It’s tough to say, just because that sort of single player campaign FPS has gone away, for the most part. Instead, you have the super-linear Call of Duty series, that follows the Modern Warfare template ever since. The Halo games follow the Halo template, which has narrow corridors and wide corridors. The Far Cry games actually follow the Far Cry 2 template, in that they’re open worlds, not the “wide corridor” shooters like Halo and the original Far Cry. Some parts of Half Life 2 were also wider corridors like Halo/Far Cry. The Wolfenstein games follow the Halo/Half Life 2/Far Cry template, I would say. If you want to count 3rd person games, the Gears of War games are there, and they spawned a bunch of their own clones briefly.

But there’s not many AAA FPS games anymore. Am I missing something obvious? It’s just Wolfenstein, Far Cry and Call of Duty right? Only one of those (Wolfenstein) follows the Half Life 2 type gameplay I would say.

All of those games were hugely influential too, without a doubt. I didn’t mean to imply they weren’t.

And all of the FPS games that were not corridor shooters or didn’t depend on a series of distinct and tightly constrained maps in a linear sequence were, and are, hideously expensive and complex to make it would appear. Not that the other type of games are easy or cheap to make, but open-world or semi-open world shooters with a degree of player agency and choice and a lot of variety in gear and approaches to challenges would certainly seem to be a much heavier lift. And it also seems that the lift is not worth the result, in terms of money made, for most devs.

No One Lives Forever, Soldier of Fortune and Vietcong, among others, would like to have a word in private with you, sir. In that alley.

Arkane are sort of FPS adjacent, with Dishonored, Prey and Deathloop.

Ah yes! Thank you. I knew I was forgetting something big. Yes, of course Doom 2016 and Doom Eternal kind of do their own thing. Not Half Life 2 gameplay.

The Metros, I’m willing to concede follow the Half Life 2 gameplay.