Arkane are sort of FPS adjacent, with Dishonored, Prey and Deathloop.

Great point. They don’t follow the Half Life 2 gameplay either. They’re more on the System Shock 2 / Deus Ex track of FPS. Especially Prey.

Right, but if we’re back to the question of, is it possible to have a retro shooter with Half Life 2 gameplay, I think the answer is yes. I think the only modern shooters that have that are Metro and Wolfenstein.

If you’re saying they’re the closest, I guess I agree? That’s just not a particularly meaningful observation, because almost every modern single-player FPS was heavily influenced by HL2.

Sorry, but what does this even mean? FPS games with a strong story? There are tons of those.

Did we not cover all the recent ones upthread? Which other ones did I miss?

Forget it, I’m getting too annoyed, gonna walk away.

Sorry, if you’d given me some other modern FPS games, I could have told you whether they had HL2 gameplay or not, since I’ve played the game and you haven’t.

As for what it means, I’d say a strong narrative element, getting into vehicles as part of the campaign, using physics (the gravity gun was a huge part of the gameplay in Half Life 2) are probably the 3 strongest elements of HL2 gameplay. Plus as I mentioned upthread, it’s mostly linear corridors but every once in a while you go into a wider space where you can kill things and solve puzzles or set traps. So it feels more open in those sections than the linear sections.

So going over the recent games, Metro has linear corridors and a strong narrative elements, it has vehicles, it has use of physics, so I’d say it’s a very Half Life 2 style first person shooter. As is Wolfenstein. It has all those elements as well. Far Cry games are more open world games. Call of Duty is more rigid linear corridors and more scripted events than HL2. Doom is more moment to moment arcade shooter gameplay then HL2. And Prey/Dishonored are more in the Deus Ex/System Shock 2 mold, with RPG elements and stealth folded in.

EDIT: By the way, you should play HL2. It’s a great game. It has a great sense of place.

“We don’t go to Ravenholm.”

By the way, you should play HL2.

It has facehuggers, so no.

Great analysis of a bunch of old games here.
I’ll derail a little. I’m playing the Adaca (a first person shooter game) demo and having a lot of fun with it. I’ll probably give the devs some of my money. I think they deserve it.

The demo was pretty well done. The throwing stuff mechanic is cool, even if the overall experience is pretty difficult (for me at least). It has potential.

Ok, what makes Half Life 2 to be Half Life 2, and it makes it somehow different than a random modern shooter, and therefore a bit ‘retro’; a bullet point list:

-It’s a linear game, not open world and not even open world-ish like having discrete big hubs.
-It doesn’t have rpg progression nor rpg loot nor permanent upgrades beyond finding a weapon, nor economy system.
-Despite the linearity, it tries to make a varied experience for the player (physics puzzles, ‘scary’ parts, parts where you had allies with you, vehicle sections, low intensity vs high intensity areas, both monster aliens and soldier enemies, etc)
-You have always available 8+ weapons with you.
-You don’t have any health regeneration.
-Strictly all first person gameplay, without cutscenes and without clear level separation.
-At least some enemies with good AI.
-Narrative mixed with gameplay, but with a silent protagonist.

In a way, it’s a game that in current times it’s defined more but what it doesn’t do (no open world, no rpg progression, no health regeneration, no talking MC) than what it does.

I think the most similar modern games were Titanfall 2 and Metro Exodus, and they aren’t very modern really: released in 2016 and 2019, respectively. TF2 was linear but combat was more Call of Dutyish, with health regen and two weapons, and on the other hand Metro Exodus was defined by the bigger hubs, having two big ‘mini open world’ areas, apart of having a bit of economy system.
Apart from HL Alyx, we haven’t had a HL2-like AA or AAA game in a good while.

I think there were attempts, that didn’t set the world on fire, hence the addition of those other elements.

Singularity was one. Rage was kind of Id’s own attempt to move further than the corridor shooter.

It’s weird that the Unreal engine is everywhere, but with no Unreals. Maybe Atomic Heart.

I feel this is a kind of PC-centred discussion… Didn’t consoles have like, Goldeneye and stuff? Killzone?

The consoles’ historic fondness for third person probably pushed things that way for the PC too.

By date, it would be something like this. The Half Life 2 Era:

I would put the end of this era of linear single player FPS as something popular around 2015, with things like TF2 and Wolfensteins being the exceptions.

Then you have Doom series with Doom Eternal, which goes though another route of going back to arcade roots.

You don’t need to be a HL2 clone to be influenced by it. Every modern single-player FPS I can think of other than DOOM 2016 was heavily influenced.

Glad you made this post. Having access to every weapon you’ve found at all times and health that doesn’t regenerate at least in part both feel like pretty big milestones in the evolution of the FPS that evoke a “retro” feel if you design a game that way now.

Nice list, though theres one I’d add - iron sights (or rather, the absence of them) has as much (or more) of a profound effect on the gameplay of the HL games as those other bullet points.

Yeah, that was an obvious one I forgot.

Well, I was having a grand ol’ time up to the ‘Quick Detour’ area. There’s a jump onto a platform and the platform keeps being pushed when I try to jump on it. This guy did it on the 2nd try, but I spent 10 minutes and failed repeatedly :( 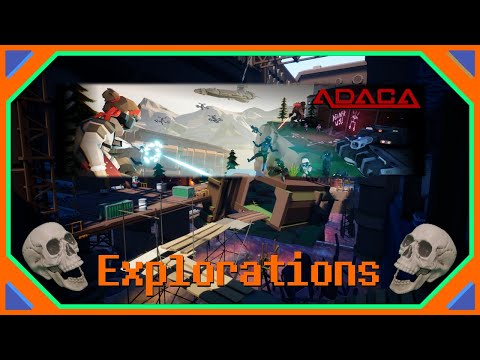