I should hope that Dire Penguins have learned to use lasers.

“Why lasers?” you may ask “In a world of might and magic? How have penguins mastered those arcane sciences?”

Is there not any more reason to label them as dire? Truly the dire penguin has advanced too far and delved too deep. They must be stopped! (also silly crossover from Planetfall).

I should hope that Dire Penguins have learned to use lasers.

If they did vomit fish it would attract the Crafty Racoons.

How is it possible that AoW3 is 9 years old? It still looks so good and fresh. And Planetfall was just released so recently! I’ve enjoyed it and waited for expansions and will be back to it any minute now, maybe after I play these other huge great strategy games!

I have a lot of faith in these devs. The only thing I’m sad about it probably won’t have a pseudo black metal soundtrack like Planetfall had. 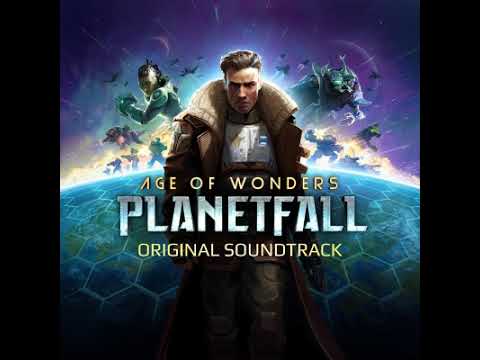 Planetfall also works just fine on SteamDeck which is a big ask for a strategy game. Hope it will be the same for AoW4. Not saying there should be a special configuration for SteamDeck (but that would be nice) but so that UI is readable on a screen that size with 720p/800p resolution.

And I assume gamepad controls are also in.

And I assume gamepad controls are also in.

I really hope so!

Hello Everyone and welcome to a new Dev Diary issue about Affinities! My name is Tom Bird, and I’m a senior developer at Triumph Studios. Today I’d like to talk about affinities, one of the systems that sits at the heart of Age of Wonders 4...

And that tier 3 tome confirms that they’ll be more interesting than just higher levels of the same sort of thing. I like the variety in what tomes unlock(like new buildings) rather than just being spellbooks.

We’ll see. I think AoW3 had a beautiful system of Race/Class combination which gave you an absurd number of playable factions, plus minor modifications with spheres or whatever they were called. Here I’m afraid that factions will feel generic like in Stellaris, cause they’re made from so many building blocks without any big ones. Planetfall might have been even better cause the factions themselves were so diverse and secret tech (and also hero traits) were like seasoning on top, you had both a lot of combinations and well-defined factions. And here when you meet someone you need to look at a long list of traits, none of which are probably that important by themselves.

But it’s all speculation.

I’ve got the same concern. I don’t need or want 50 choices about anything. I’d prefer a few distinct large choices that matter over dozens that individually aren’t significant.

I don’t share the concern but I do get it. Personally I think this system sounds like it will be a lot of fun, and most important to me, super replayable. The race types do have unique traits, but as far as I know we don’t know what those traits are (I assume they may have unique variants on unit types as well, but that may be more about Affinity than Race/Form, hard to say).

Hey, I want it to work and I’m all for replayability having played AOW3 for 400+ hours.

Sure, I get that, I’m just not myself seeing any indications of that here. At least not yet!

The above concerns were my initial concern with the system, but it does seem like Triumph has awareness of this. Starting species/culture still seem pretty foundational, and then at a glance you’ll be able to see the affinity values which should give you a pretty good idea of what you’re up against.

That dev diary above is a dead link, btw.

Hello Everyone and welcome to a new Dev Diary issue about Affinities! My name is Tom Bird, and I’m a senior developer at Triumph Studios. Today I’d like to talk about affinities, one of the systems that sits at the heart of Age of Wonders 4...

But it’s all speculation.

On the official discord there is a…lively…thread about the forms.

The race types do have unique traits, but as far as I know we don’t know what those traits are (I assume they may have unique variants on unit

And some of them were revealed in the announcement video, e.g. iirc ferocious.

Forms have default traits but you can remove them.

No interplay between form and culture.

Every unit of culture x will be the same, regardless of form.

Identical except for (and this is the big unknown, namely the impact ) the mind and body trait you choose, and your society trait.

That sounds like a step back! I’m OOTL, are these differences just moved elsewhere to avoid any kind of “ickiness” about tying it to race? I really liked the fact that Elf archers were really good and that sort of thing, but as I understand it gaming is trying to move away from that idea.

Yeah, that’s a shame to read. I knew you could customize the traits for the forms, buit I assumed that was just for a bit of flavor and min/maxing, and that an Elf was an Elf when encountered in the gameworld that was generated, and had some maybe unique Elf specific units coupled with maybe Elf specific events or other things. In AoW3 when you had a racial version of a researched unit, it had the qualities of that race, so I’m a little disapointed to read most of what @BloodyBattleBrain wrote.