Alliance of the Sacred Suns - if CK2, Stellaris, and MOO3 (Emrich Edition) had a strategy baby

Thanks! It’s a specific use case - since the lockdowns I’ve been stuck with gaming only on my work laptop. Which means no Steam - although I can install other direct downloads oddly enough. Still, other games like Rimworld have found the model successful.

Will this free you up to make a video guide all the way through?

Will this free you up to make a video guide all the way through?

Absolutely! I can’t wait to show off a new LP with all EA features in place!

So as part of the ‘next step’ analysis as we prepare for the EA release, I made a ‘decision map’ of some of the ways a player could solve a problem in AotSS. Obviously, we want the player to have a lot of freedom when they are trying to get things done, and I wanted to show just how much choice the player has. This is a decision map of a fairly common issue in AotSS - a system governor won’t participate in the supply network. Here is a partial decision map of what you could do in response: Keep in mind this is not a complete list, just some of the more obvious things:

How to Get a System Governor to rejoin the supply network:

As you can see, savvy players will have a field day with the possibilities. And keep in mind that this does not include repercussions to their House, their friends/enemies, their planet/system, etc. These are just options that you can take. Deciding which is the best for your situation is part of the fun of AotSS!

Here are also some new shots! 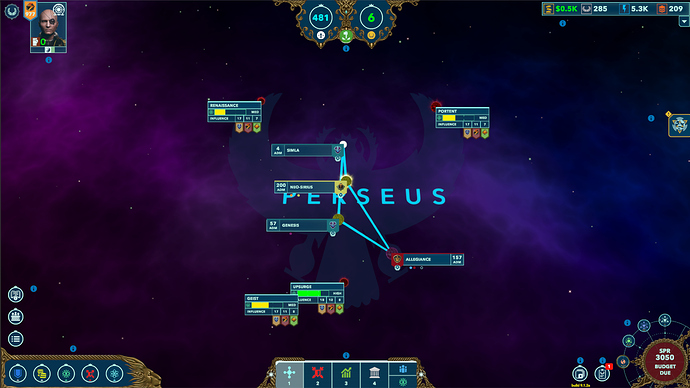 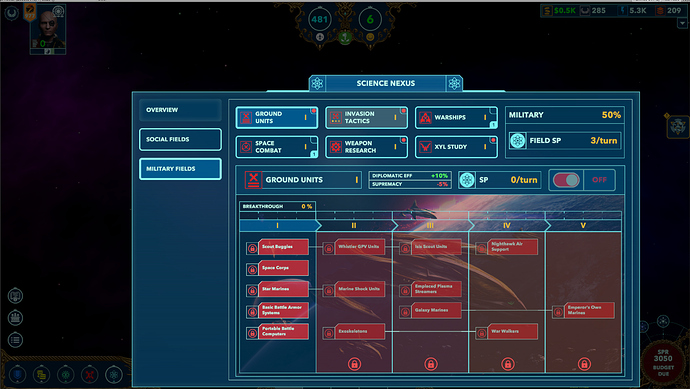 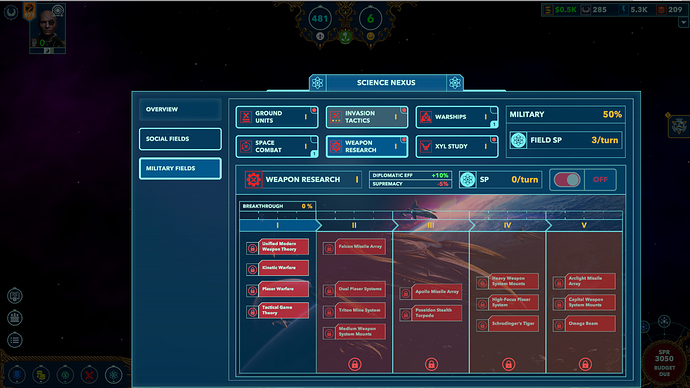 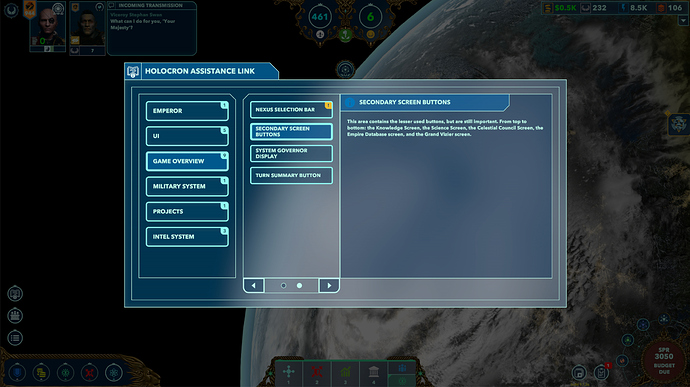 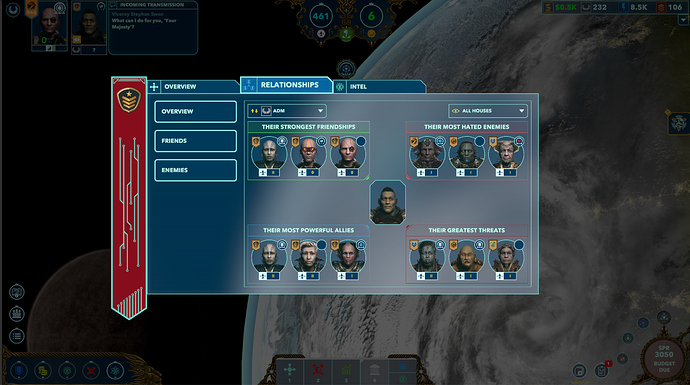 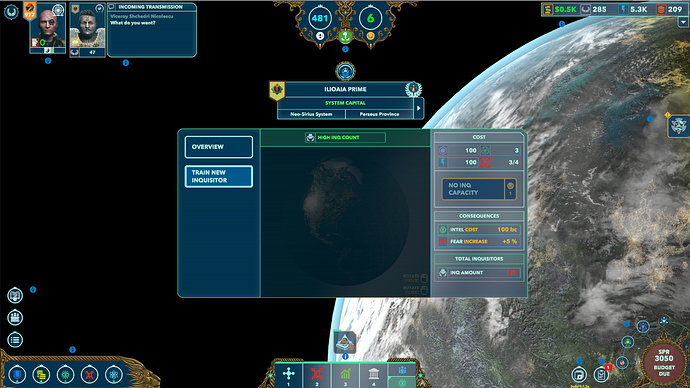 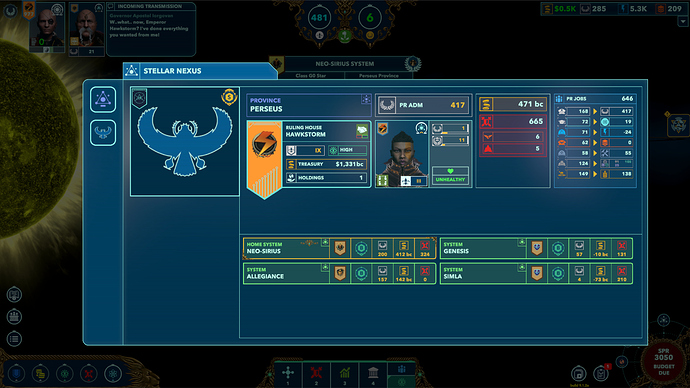 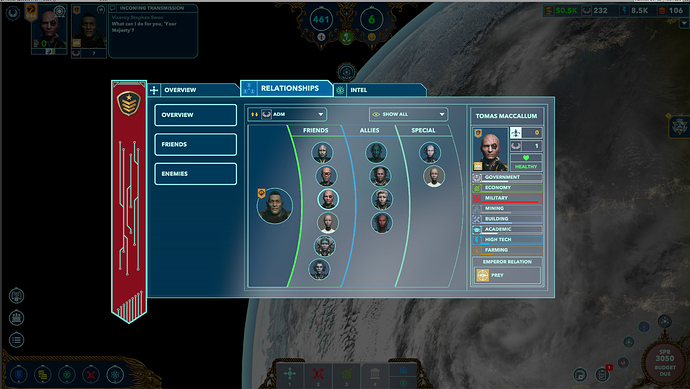 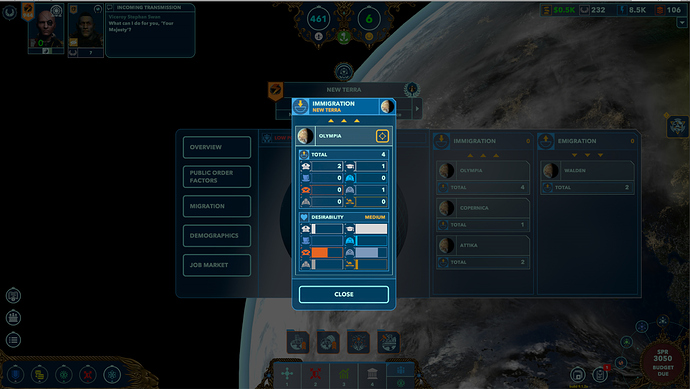 When is the new patch?

When is the new patch?

Is it Monday yet?

I really like how on the starmaps, you place a zodiac or some other memorable symbol over each sector. It lends the map a lot of flavor and texture. Nice design work!

Thanks! We feel the constellations are distinctive in this genre!

Did this happen? The patch, I mean. I know Monday is happening :)

I haven’t seen any indication that it is.

I was wondering myself.

Some last-minute stuff needed to be added. It’s easily the largest update ever to the game. When you play you’ll see where the time went. I’m shooting for around 3 PM CDT later today.

Looking forward to it!

I fired it up a few days ago after the update – haven’t looked at it in quiet some time, and the differences in UI and art are huge. Very impressive.

That said, I still have no idea what I’m doing in the game, and I still find the save/load approach frustrating. Will probably still wait until closer to 1.0 and when there are some tutorials. Thanks!