TAR returns Jan 5 and I am so jazzed. Here’s an excellent article detailing how they pulled it off. 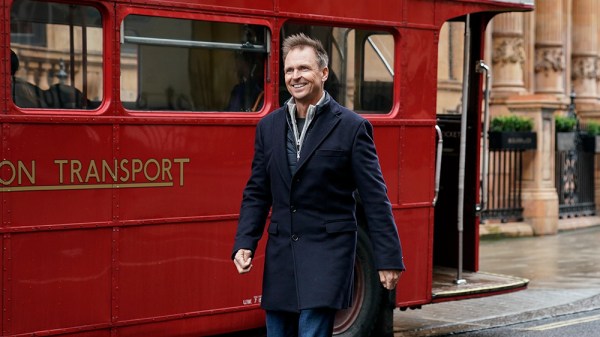 Inside the Herculean Effort to Resume ‘The Amazing Race’ After Its 18-Month...

When “The Amazing Race” Season 33 contestants hit the road in February 2020, executive producers Bertram van Munster and Elise Doganieri were already keeping an eye on reports of a coronavirus begi…

Wow, that’s awesome. I can’t wait to see it.

The first 2 episodes aired 1/5 and we got around to watching them last night. Without spoiling anything, I feel like it was a pretty successful start to the season. There are some pretty interesting teams involved, and at this point there don’t seem to be any teams I’m rooting against (I was all set to hate the “internet influencers” but to be honest they seem like decent people, plus they’re the token old people so I gotta root for them).

There is a short intro that relates how they filmed the first 3 episodes pre-COVID and then took a (2 year?) break before filming the rest. Given how shaky some of the relationships seem, I’m dying to see what the dynamics look like once the filming resumes.

Anyway, my wife and I give it two thumbs up!

I agree. Good start to the show. I actually like the “influencers” so much I forgot that was what they are until Charlatan reminded me. I don’t even find the flight attendants annoying (yet).

No favorites, but the two teams I’d like gone ASAP are the twins (dummies) and the husband and wife who were bickering because she wasn’t running fast enough.

It was a really enjoyable start to the race. The only team that really annoys me at this point are the twins.

Here are the three things I found very surprising:

Your #1 didn’t surprise me. I’ve gotten used to that sort of ignorance on the part of some racers. More surprising was that some racers seemed to think they were actually meeting the Queen

Also surprising/not surprising that most of them did not know who Boris Johnson was.

No favorites, but the two teams I’d like gone ASAP are the twins (dummies) and the husband and wife who were bickering because she wasn’t running fast enough.

Agreed on both counts.

That said I think you may get your wish on at least one of them sooner rather than later. Twins seem like a team bound for the struggle bus.

Also I was not shocked with the cake challenge. I’ll admit that Norway may have tripped me
up if I wasn’t thinking about it. I know that answer, but its one of those ‘don’t think too hard and maybe I forget’ type things I know.

Yeah, not surprised by that either.

Who knew assembling and playing bagpipes was so easy? I would have bet cash money that most teams would be struggling with that one.

I want Akbar and what’s-her-face gone now. He seems to be perpetually pissed off and not having a good time at all.

OTOH, I can’t believe how much I’m liking Team Youtube. I’m really rooting for them to go all the way.

I’m really curious who returns next week. the preview already tipped off that not all teams come back, wonder if they explain why? Equally who replaces them.

I bet dating couple does not return, as they are no longer dating. Could also see the team flight attendant not come.

Ya, in the preview definitely looked like there were fewer teams coming back. I’m assuming Yellow Island ‘Dating’ Angry Crying Whining Team is not returning. But while I did a little digging, I didn’t want to be spoiled so I didn’t find out for sure which two teams didn’t return.

Really enjoying all the racers. Even the Cranky Love Island team has their moment, especially if they’re not marginally challenged and not together. I would have though Old Family Youtube would be more annoying, but they’re cool. Again, as are all the others really.

The Dance/Perform stunt sure seemed easier than many previous performance based challenges. It was a few lines total, only two they did on their own and apparently the dance was sort of whatever you feel like. Those two boys looked exhausted by the end, lol.

Father/Daughter team was just terrible (except for karma) this leg. The daughter was hammering the barrel rings ‘on’ when trying to remove them. I get lack of strength, but not being able to tell you’re hammering the wrong way is just crazy. They were both super tired/frazzled by then.

Can’t wait to see how this plays out next week.

I read that two terms couldn’t/wouldn’t return but not which two. I’ve already expressed my preference.

I don’t know for sure who didn’t come back but I’m willing to bet the dating couple is one of them. Not sure who the others would be. And I guess they brought back some “familiar faces” as Phil says - I expect that’s the last 2 teams that were eliminated (the father/daughter team and…uh… the firemen? or were they cops? those guys who bit the bullet in episode 1).

My guess is the two teachers, the bickering husband wife duo, also do not return. As the reality of the situation in September of last year would make it hard for teachers to take off.

I had that same thought, Craig.

Which one is this? The husband and wife who make the dancing videos? Or the dancing couple who went viral?

I like everyone this season. I’m glad to see that whoever isn’t coming back will be replaced by someone. I do hope that means the two eliminated teams are back.

So, my girlfriend has watched the Husband and Wife Youtube stuff for probably two years. She loves them (and I’ve seen quite a few of their videos and always gotten a “fun” vibe) and she was super exited they were on.

I actually really like them. They seem like a genuinely fun family and I’m really happy that they’re doing well, despite being like the oldest couple on there.

But yeah, I like most of the teams this season, really. They are probably my favorite though.

That was a brutal leg, even the detour. It amazes me how many people still come on the race with a fear of heights/water/driving a stick. Don’t these people even watch the show before they apply?

OTOH, I would have bet a million dollars that it would be non-elimination, given that there are two fewer teams than before