Apparently this is gonna be a real thing, 'cause you can play it now. If you have an invite, anyway. Presumably it won’t be too much longer until a real beta begins.

Take a look at how you can participate in the upcoming New World Preview starting August 25th.

I downloaded it, played the little intro bit. It’s still a preview with rough edges, certainly, but it does look pretty. I’m not gonna spend the time on it to get past the early levels, but just from the intro it appears to be heavy on the crafting with some PvP stuff for endgame.

Looks good. I may give it try when it launches based on price. It would be nice if the game was included with Prime but I doubt that will be the case.

I will be playing it a fair bit over the week. There’s a group of gamers I run with who are making a Company, and to join it you need to be level 12. I hope to experience some of the PVP over the weekend.

I am trying to level using Staves and lemme tell you, it’s tough. Especially trying to kill stuff with a life staff. I think I may abandon that plan and work on the life staff in groups only.

Crafting looks decent but I’m a bit confused since all of the “Tier 1” crafts don’t exist. Everything you craft from the start is Tier 2. While you can create weapons and ammo from low level, some items seem gated behind higher level materials - Armor and Staves to mention two. So it seems that for those items you have to be moderate level (I’d say level 20 to 25). I’m used to having a crafting progression that starts from level 1 where you can craft gear and weapons from the start.

I have read on the official forums that due to the lack of tab targeting, melee classes have an easier go of it in PVP. I guess I will see if that’s true soon enough.

At any rate, by the end of this test phase I should have a pretty good idea as to whether I am interested enough to order it.

I have about a -9,000 interest level in any sort of online PVP these days, I wonder if there will be enough PVE content to be of interest to me? Or is this yet another game where developers think by having players bash each other over the head they don’t need to create any content?

I believe part of the delay behind the game’s launch is to incorporate more PVE content (COVID was a convenient excuse to delay, IMHO). There seems like a reasonable amount of lowbie PVE content (although now that I think about it, it seems like everyone is funneled through the same quest chains, at least until you have to pick a faction at level 12-ish, so maybe it’s not as much content as I feel it is). As for higher level content, I have heard there’s going to be some but have not seen it. No idea if all that is even in-game now, to tell the truth.

There is some consensual PVP where you sign up for a “war” which is an equal number fight between two factions. You can definitely avoid that if you don’t like it. I think there is some PVP at higher level zones (don’t know for sure but would be shocked if that wasn’t the case here).

Is there XP for crafting? Or do you just raise crafting skill by crafting? I like it in GW2 that I get XP for crafting. It makes it worthwhile to make stuff now and then. I normally don’t care much about crafting otherwise.

There is a separate crafting track for everything and from what I see, making [thing] gives you xp in the [thing] track only. So no general character XP for crafting.

I signed up. How long does it take to get an invite? Mail I got said there might be slots open in the future.

Is the in game currency called Bezos Bucks?

Is the in game currency called Bezos Bucks?

Haha! The highest denomination is the Gold coin worth a bezollian bezos!

I’m curious about the same thing. A family member has a friend streaming it, and after some questions I decided to poke about in it and try an answer this question for myself.

The game has been completely turned around because of this kind of sentiment. Originally, it was to be a free-for-all 100 percent PVP game with large (Chinese or Russian, probably) clans roaming the world, killing everyone.

Now, it is supposed to cater to both pvp and pve crowds, which, understandably, both sides are kinda sceptical about.

As for content, no-one really knows, but I would hazard the guess that the reason it has been postphoned about a year, is the lack of PVE content.

edit: I am being a bit unfair here - PVP can work quite well - The game is based around the 3-faction system that a few games have done very well previously (Warhammer Online and Dark age of Camelot). All the feedback from PVE players must have spooked them, though.

Interesting. Thanks for the info and explains some other chatter I’ve just read about it.

DAoC, GW2 and even ESO which have the open three-side PvP both had/have a separate PvE area/content. Played all three. Never played Warhammer. Even EVE has lowsec. though sure, it only gives a crafter type a longer “on ramp”. So, sure it works and I’ve played them too.

I’m just … slower now. And most of the options to do that are still quite alive and kicking, with PvE content too (excepting EVE). So, interesting choice.

Hmm not digging any of the factions yet. 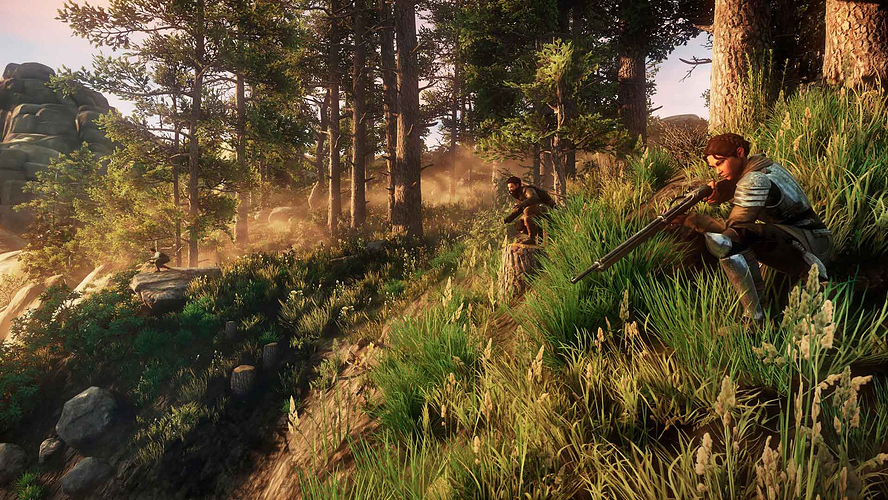 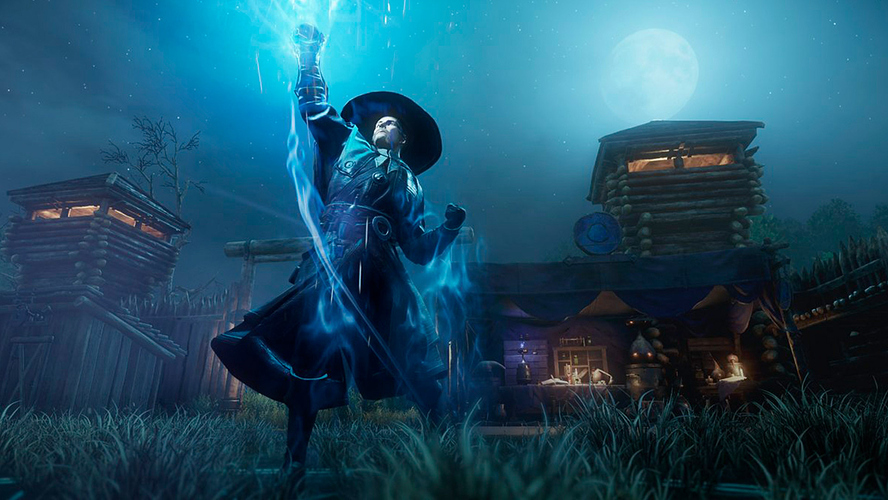 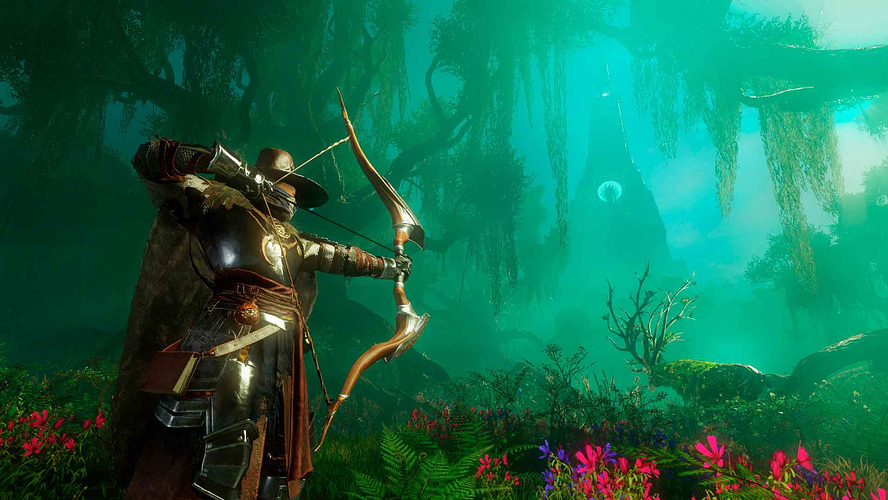 Yeah, differentiating factions in a game like this is going to be tough. You don’t have different classes, you don’t have any faction specific benefits, it’s just pick one of these three things.

I watched a bit of this…a group of people were fighting a bear…ummm ok. With all of the fantastical things you could do, as far as the imagination can stretch, the wonders of the universe at your disposal, limited only by your own choices…and you’re making a game where you fight a bear.

Just watching this made me so bored I got angry.

I suspect you bearly saw the game in action.

I can see why they delayed the game, it is definitely not close to being done. I played 12 hours or so and have hit level 18, I am enjoying the game quite a bit and plan to level further but man it is rough, group dynamics need more work. there is no group xp or group quest sharing or group completes. Like i have to kill 5 zombies and i am ranged and cant hit the zombie because the melee in my group is in there and is killed, i get nothing. no loot or anything. so choice is either melee also and get a “tag” or miss out if i miss the mob. this is exacerbated by so many people in the newbie zones killing everything. Also if melee is there and your ranged you cant shoot through melee to hit target his body will block your shot. which is cool in theory but not in practice. cant tell which quest everyone is on also.
Not a great variety of mobs either, they have mostly been zombies or wolves. lots of other animals out there which is nice.
Crafting is interesting i feel some of the ammo mats need to be less since the chance to miss is greater and may be unsustainable long term. Other ui issues in crafting need to be cleaned up.
Unsure how travel will work long term. i see ports to inns and fast travel to towns for a cost of azoth(blue stuff) but not sure if mounts maybe?
I have been having a good time overall