I can’t recall witnessing a game go from decent, but lacking variety to being aggressively worse so quickly.

Between all the crazy exploits and bugs they’ve introduced, toss in heaping piles of awful decisions and it’s quite impressive.

My plan was to chill out and check it out when they polished things up a bit, that was when my character was like in the 30s, and I haven’t bothered to log in since.

I’d still really like to have a reason to play again, but it seems like every patch there are numerous new reasons not to.

I can’t recall witnessing a game go from decent, but lacking variety to being aggressively worse so quickly.

That’s how it’s been for me. Every patch made things worse for me so I thought I’d take a break and keep an eye on the updates to see when I should jump back in. Unfortunately, every update continues to move in the opposite direction of what I would want.

The expertise system sounds anti-fun to me in the worst kinds of ways. I hated the incremental and weekly capped gear score progression in Destiny 2 but they’ve found a way to make something even worse. Yuck.

I burned out at level 25. The skeleton of the game is great. The world, graphics and sound design are all excellent. Unfortunately there just isn’t enough meat on the bones to keep me interested. As a PvE player I wish they would have ditched the PvP entirely and gone full PvE (story driven quests/cut-scenes/PvE dungeons) rather than the token effort they have at the moment.

Slight clarification: the gypsum system above has separate daily limits for each type of gypsum shards. So with seven different types of activities, you could theoretically craft seven gypsum cast in a day (One day a week, the rest of the week it’s six per day since you can only do one of the activities once per week).

I just thought this was amusing. Whatever PR firm AGS hired to astroturf needs to step up their game a bit.

r/newworldgame - The AGS bots are doing their work in the new PTR patch notes... 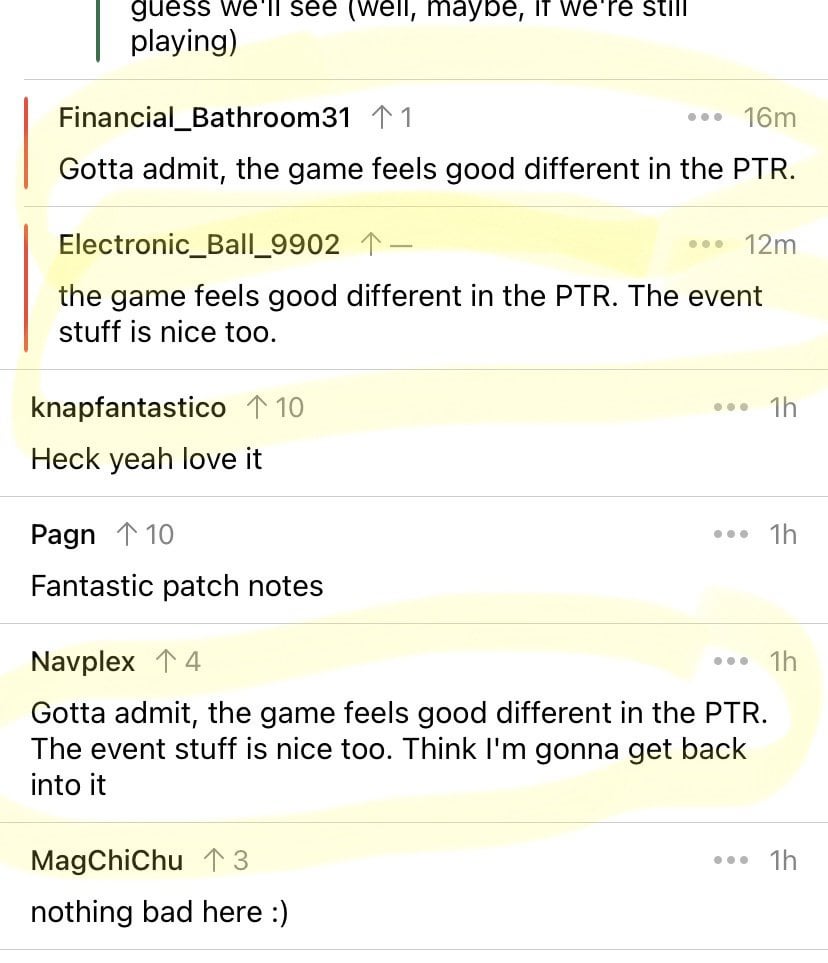 I feel like “good different” is going to become a meme over there. I honestly don’t know if it’s PR bots or random karma-farming bots picking up a phrase in the thread, but I thought it looked very “how do you do fellow kids”.

You’ve done a good job summarizing this, but missed something I consider important.

Along with the introduction of expertise, the existing system to give increases to watermark, particularly through chests, is being nerfed heavily. I should mention you can craft up to 7 casts per day, one of each color, but only one for any particular slot.

The expertise system sounds anti-fun to me in the worst kinds of ways.

This is the problem, as I see it. When I first saw the announcement of this system, without all the details, I thought as an adjunct to the existing system, gypsum was going to be a cool way to have some influence over the watermark. Instead, they have added a f2p mobile game with all these different currencies and time gates. Not only can you only make one cast per day of a given color, materials of that color will no longer drop after you get enough. Oh and casts (and the orbs needed to craft them) cost gold to make…a lot of it.

I have often pointed out in the past when dev teams in mmos didn’t understand player psychology. That’s the case here, where effectively players will stop getting rewards for their favorite activity after a time. Dictating that a player must engage in diverse activities to get rewards is a mistake. Moreover, players will interpret this (loss of rewards) as punishment. It would have been better to incentivize players for diversifying in some way if that was the desired behavior.

I have often pointed out in the past when dev teams in mmos didn’t understand player psychology.

Which, if you think about it, is whack, because games in the final analysis are nothing but psychology. There is no “product,” really, no tangible “thing.” Only experiences that cause specific feelings/emotions; that is, psychological phenomena. Good games generate enough of this sort of psychological pay-off that we don’t mind paying good money for the experience. Kind of like booze or drugs with fewer downsides.

Don’t understand that and you won’t ever get very far as a game developer.

Very much so. After all, “grind” and “repetitive” are subjective terms, to a degree.

Yes, you have and while I wouldn’t call your supported misguided, I did think. “I guess really Amazon is designing a game for the large number of players who enjoy racing up the Chick parabola, and small number of players who are hardcore I want to max everything out.”. The Chick parabola ended pretty quickly for me, but not so quickly that I feel badly burned. But with even my hardcore MMO friend quitting and most of his friends wandering back to final fantasy,

I’m now struggling to identify who they are designing the game for. I was thinking, “maybe folks who want to see Bezo’s retake the title of richest man on the planet from Musk” But they still haven’t announced any new way of monetizing the game so that can’t be it. So now I think it is just for masochists.

The challenge seems to be that without progression a game gets stale but the rate of progression at level cap is always much slower then pre-cap. And it’s usually more complicated.

Tech, not gaming. AWS’s view of the back-end of New World, at 1:42:00. For example, character game state updated 30 times per second, how they distribute load across zones within a world server, etc. 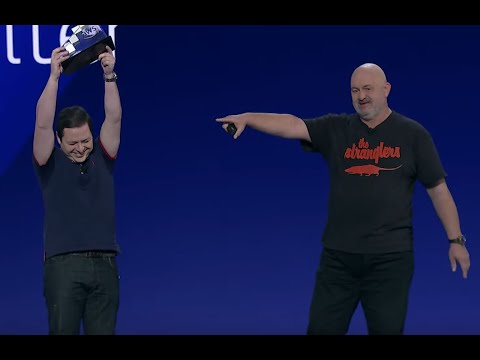 My editorial comment: After you solve the hardware and scaling challenges of MMOs, all that remains are the game design and balance issues. :-)

They are walking back the dumbest impacts of the new changes, but I still can’t wrap my head around how they could have thought these were good ideas in the first place.

It occurs to me that all gear drops above 500 should have been bind on pickup from the start. Thank you all for your continued feedback on the Expertise and Gypsum System. Whenever possible, we want to share upcoming changes and discuss them with you, so we can build a better game together. Your feedback on this system has greatly improved...

Its been clear for a while that end game was not finished. They focused a lot in beta on “new player experience”, but there wasn’t the player counts nor character longevity to polish the “max player experience” before launch. I am glad they are communicating changes ahead of time, and they have the courage to say they are wrong and adjust the proposals. However, its a case of iterative / agile design where they try things, get feedback, tweak them, etc which seems like the opposite of a clear vision from an experienced team. I am confident (hopeful?) they will polish the end game at some point, but it still looks like that is at least a few months away.

Its been clear for a while that end game was not finished.

I’m not sure I agree. The end game IS faction wars, outpost rush, and invasions.

However, its a case of iterative / agile design where they try things, get feedback, tweak them, etc which seems like the opposite of a clear vision from an experienced team.

Or, and this would be new for them, it’s the thing we have seen many other companies do where they announce something terrible, then walk it back to bad after people bitch and people are grateful. Either way, it’s not good.

I’m not sure I agree. The end game IS faction wars, outpost rush, and invasions.

Agreed. I guess I mean the actual character and loot and gear score progression past 60. So there were activities, but no clear way (or no fun way) for individuals to progress.

Its been clear for a while that end game was not finished.

Has there ever been an MMO for which this was true at release?

If I had to pick my major issue with New World is the city grind. Constant invasions that downgrade the crafting stations coupled with the constant need pour gold and time into upgrading the stations again is ridiculous. Gold is scare. Players on my server are scarce.

I love how the game keeps crafting in tandem with adventure until ~lvl20. After that the progression curves differ immensely. The scarcity of storage, the lack of gold, and the constant downgrading are design issues they need to address.

That should get better once players can beat the invasions. Of course, that has its own issues, since you can’t dictate that participants have trophies, coatings, etc.

Just think how bad it would have been if endgame progression has been slower.

The Winter Convergence and Winter Wanderer have arrived in Aeternum, alongside major changes to New World's end game and a variety of other changes.

We had discussed measuring a MMO’s success 90 days in, earlier in the thread. This is typically when the drop-off is severe. Well we’re there now, and New World lost 89% of its population.