So I’ve stopped playing after spending 35 hours with the game. I leveled a character up to around 26 or so and a second character to 11 on a different cluster.

My overall impression is that the game sure is pretty! As a MMO it sure is… a pretty game!

There is a certain excitement when a MMO launches and everyone is crowding around the same areas, fighting for mobs, when no matter where you go, you see people left and right, where cities are bustling with people, and where chat is zipping by (that is, once you get by the jammed login servers and the rubberbanding from all the lag!). At this point if I play New World it’ll be because of that exciting period. Because there’s not a whole lot else to recommend it.

It’s pretty clear to me that the PVE elements of the game are relatively new, because most of them need a lot of iteration (weapon skills, questing).

I enjoyed my time in the game and it’s possible I’d buy it on launch to play for a month or so and reconnect with some online buds, but as it stands the game doesn’t have legs, so at the state it’s in I suspect most people would run out of interesting stuff to do and would stop playing it after a few months.

More MMOs need to start focusing on a mechanic like Neverwinter where the players can add content to the game. I have NO idea how this would be accomplished in a way that makes a lick of sense or balance or whatever, but without oodles of time and money no new MMO can compete based on content alone. The big 4 have had years to expand, and the assumption of a lot of new players is to want a similar level of content out of the gate (as foolish as that may be).

And if you can’t compete on content, the you better be damn sure you are competing on gameplay.

On the flip side, this is a buy2play with no subscription, right? I’m personally a little more forgiving of that format, because if I run out of things to do I’m more easily able to set it aside until the next patch/expansion. It doesn’t forgive blandness. First impressions are hard to recover from, and only FFXIV and No Man’s Sky have ever really pulled that off (I’m sure there are others, but those stand out).

On the flip side, this is a buy2play with no subscription, right?

Correct. It’s $40 with no monthly fee. So I agree with your sentiment about being a bit more forgiving based on the economic model.

I think the reason the PVE content is so lackluster is because until 6 months ago this game was designed to have a very heavy PVP focus. But it appears that enough testers complained loudly enough about the lack of PVE that Amazon decided to refocus a little on the PVE aspect (which is good, because the PVP elements aren’t terribly good).

I think the reason the PVE content is so lackluster is because until 6 months ago this game was designed to have a very heavy PVP focus. But it appears that enough testers complained loudly enough about the lack of PVE that Amazon decided to refocus a little on the PVE aspect (which is good, because the PVP elements aren’t terribly good).

Yeah, as someone who played a bit of the very early tests for this game, the current iteration is almost unrecognizable. It was conquistador Rust in the beginning. Now it’s a pretty standard MMORPG.

I didnt realise it was designed around being pvp :(

It was all about PVP, but that’s been changed. There is open world PVP but it’s pretty lackluster. There’s also 50 versus 50 “war” PVP where one faction is assaulting a settlement held by a different faction. That takes place on a private map so it won’t spill over into your gaming (and from what I understand that form of PVP has issues also).

I will be interested in seeing what the game looks like the next time it is publicly testable.

I popped in for this last test, blind, as is clear form my questions above.

Yeah, the “open world PvP” that is left in is just like say, being in WoW on a PvE server. If you both flag up, you can hit each other.

In many ways, this is now a game that knows what it is not, without knowing what it is. There was a good thread in their feedback forums with a title something like, this game has an identity crisis.

Having read the other thread here on Qt3, I am left agreeing with the often stated sentiment there of “why didn’t they see that coming” and what did they expect on their previous direction. So the change is positive.

But knowing not to go somewhere is different from going places. I too want to see the next iteration to see if they are going places, spinning in circles, or are going to recreate every design flaw that players subvert in sequence from the start of the genre to now.

I do like survival games! (usually offline) and I do like the combat, a lot. It could have potential. But the combat style is totally unsuitable for typical industry current end-game PvE (aka raids). So, I’m curious what they’ll do there. If they ditch the survival/combat and go more bog standard MMO combat they become a direct competitor to WoW and FFXIV without the lore or following, and with way less polish. If they keep both, they need to come up with creative open world content, like early GW2. But even GW2 moved to having a hybrid with “MMO trope roles” possible to add more recent PvE stuff that is more like raids. And it looks like Colin Johanson is over there now, so they should have the marbles to know that.

So, yeah, what are they going to do?

In many ways, this is now a game that knows what it is not, without knowing what it is. There was a good thread in their feedback forums with a title something like, this game has an identity crisis.

I cannot confirm or deny I was in the Alpha, before the public preview. This quote summarizes the game well for me.

For now, I am not recommending people play it. It looks good, the combat is interesting, and the world feels unique. However, the systems underpinning the world are conflicted and its not fun to play. I was Ok with it being PvP focused, I am OK with it being PvE and territory control focused. However, right now the PvE is not deep enough, there is not enough to do in the world, and the PvP “flavor” through the territory control quests and the occasional war is severely lacking.

I will change my recommendation if they refine their core systems to actually reward the territory control meta-plot. There have been lots of suggestions (revolve PvP around the factions, make it black zone or null sec like Albion or Eve, etc).

I’d like them to boldly strike out in a new direction and not meekly try and satisfy all potential audiences. I am hoping to see big changes!

So, apparently this is still a thing that is happening! Which I know because they sent me another beta invite. Haven’t installed it yet, but may give it a shot in the next week or so. Anyone else get one?

So you got the invite too, then?

I registered recently but no invite yet. I guess they like me? :)

I tried the beta again, and it has not gotten any better. The conquistador-based theme is kinda cringy, once you get past the intro section it’s all crafting or PvP, the combat is nothing special…basically, if you want that kind of game go play Black Desert Online, it’s got more content and is better established. Add the mediocre game to the bad news lately about how Amazon Studios is organized and I have no confidence this thing will ever get out of beta…and it probably shouldn’t. 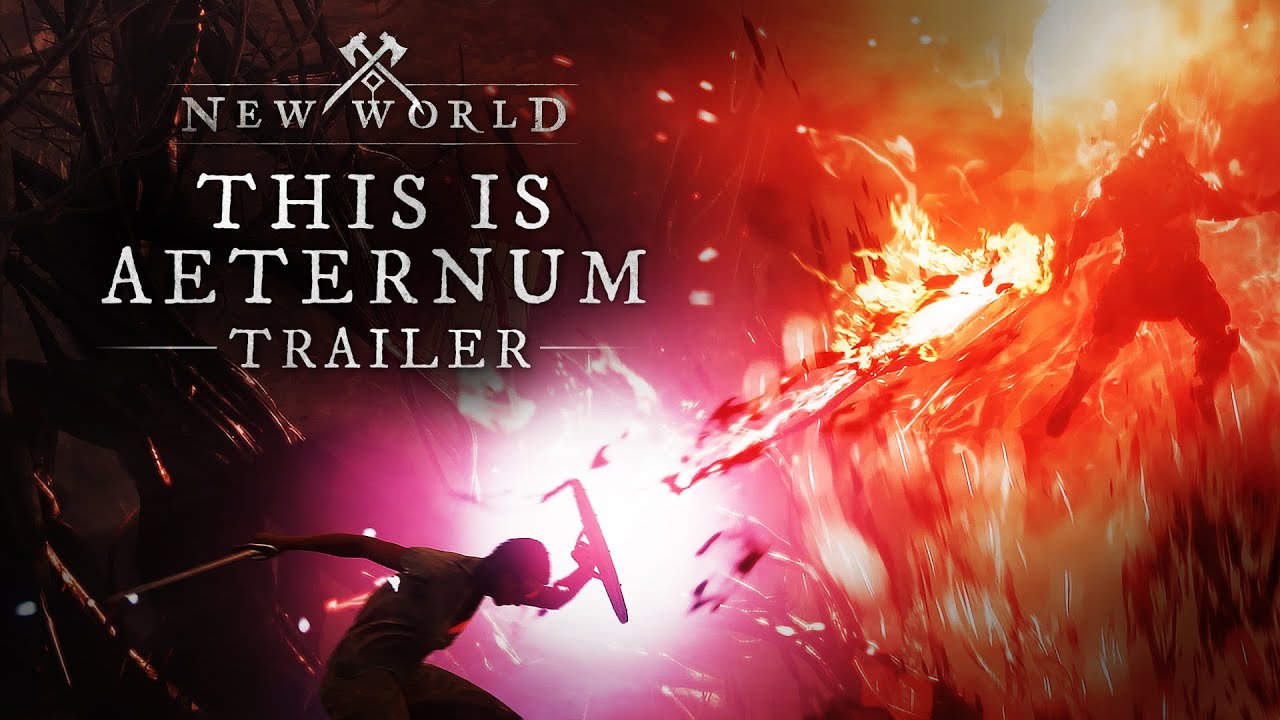 Fishing in the first 15 seconds of the trailer! SOLD! ;)

No time to actually play it though, so I will live vicariously through those on QT3 that do get it.

That’s a great trailer. It made me realize that even if MMOs generally might have the same gameplay in 2021 as in 2002 (last time I played an MMO), the graphics and combat animations and the beauty of the worlds will have made amazing advances.

Agreed. I’m curious if the older MMOs would gain new life if they could just update the engines to something like this. But that would be a crazy investment risk, so I see why it usually isn’t done.

Lighting and shadowing looks nice, but I spotted some low-resolution textures in the trailer. Art design matters a great deal in MMOs, which is why ESO vistas remain so spectacular.