New ATS/ETS2 community event in response to COVID-19, if you’re looking for an excuse to do some trucking…

Personal goal: An individual contribution of completed deliveries reaching a combined planned route distance of 2500km or more earns that player a prestigious World of Trucks Achievement . Then, after 1.37 has been released , we will further complement this with a special Steam inventory item reward, yet to be announced.

I would like to play this game, but I got so burned out on ETS2 not sure I will install it again.

Would it entice you back to know that both games now have a new sound engine. Which means you can now open your windows.

I find both games quite relaxing.

Sounds like they’ve put in a bypass as well as a general visual upgrade.

So, I’ve got American Truck Simulator and Eurotruck Simulator 2. Is there enough of a game or experience to make spending time with these worthwhile for someone who has no interest in real life trucks? I think I must have got them because I thought it would be nice to drive around in real world locations.

I know ATS is newer than ETS 2. Have they updated ETS 2 so it isn’t several years behind ATS visually? If I’d be mostly interested in the scenery, is there any particular DLC that is a must have? I have a racing wheel and petals now so that may make the driving more fun.

Keep in mind that neither game is focused on recreating real-life locations or drives. They just sort of capture the “feel” of places.

That’s probably good enough if it is done well.

I know ATS is newer than ETS 2. Have they updated ETS 2 so it isn’t several years behind ATS visually? If I’d be mostly interested in the scenery, is there any particular DLC that is a must have?

Both games are on the same engine, so they should be about the same visually. That said, newer areas (in DLC, mostly) in either game are going to look better than older ones, and I’d say that there’s a little more craft in the base ATS game, but that’s just personal preference.

As far as scenery goes, base ATS is California and Nevada, I think, so it’s very deserty. Oregon, Washington, and (soon) Idaho add some forest. Base ETS2 is central Europe, so there’s a lot more green. The DLCs are consistently excellent for both games, though, so if you’re drawn to a particular region over another, you can’t really go wrong.

It’s also worth noting that the developers have consistently gone back to older regions in ETS2 to try to update them to the standards of later DLC. For example, they completely reworked Germany last year.

Hmm, maybe I should try and get some hours in before the sale is over. I think I’d like to get France and maybe one for the US - probably Washington or Oregon, but Utah may be interesting with the different formations. Thanks for the answers :-)

Re: scenery, it really depends what you like. I would say Utah for ATS and Beyond the Baltic Sea or Italia for ETS 2, but that’s because I dig those environments.

I know ATS is newer than ETS 2. Have they updated ETS 2 so it isn’t several years behind ATS visually?

The games are patched on a pretty much identical engine so they are on a par as far as technical improvements go, but SCS got better and more detailed at their maps over time, so the older locations in ETS 2 definitely don’t look as good or as detailed as ATS or newer ETS DLC. That said, they are slowly revamping the older locations. They’re working on Germany at the moment.

As for your original question, it’s one of my favourite games and I couldn’t give a shit about real life trucks. The economy and management side is pretty shallow, however, so it’s definitely a podcast/make your own fun kind of game. 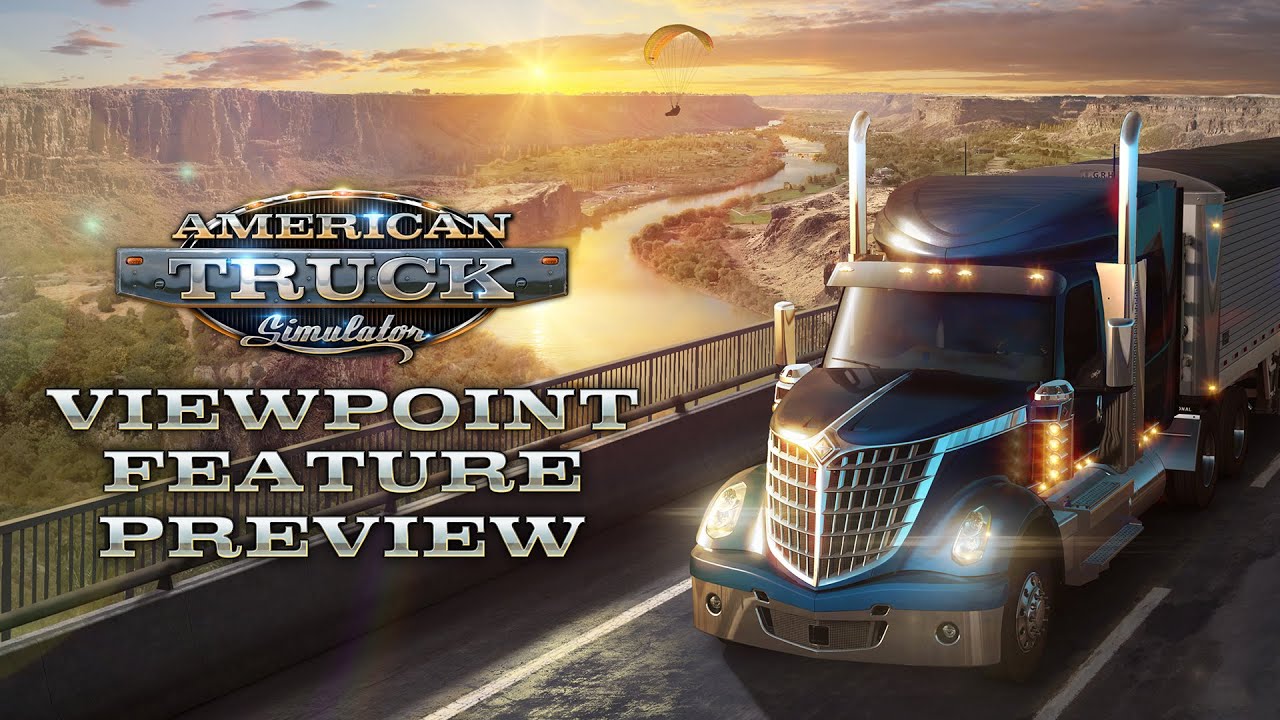 That seems pretty nice looking. Looks like from the upcoming Idaho.

That’s a really cool feature. And dang, McCall is spot-on.

Yup. If it’s popular, it sounds like they’ll look at maybe adding it into previous areas. I hope they do!

Picked it up because it was only $5. I rage quit Euro after trying to park and couldn’t. I just can’t visualize what I need to do very well. It’s really easy to get disoriented as well. I did manage to back into my first missions parking spot just now though.

Have to say I was kind of disappointed with the time compression though. Thought I had a nice 4 hour haul that I could break up into pieces as need be, but it took me maybe 30 minutes. I wouldn’t mind less compression.

I could see a steering wheel making this a real blast, but luckily Logitech’s steering wheel is sold out everywhere, so no impulse buying. I looked for Thrustmasters, but they are also difficult to get it seems. Maybe new versions coming to support next gen consoles?

Quick question, there isn’t a message log any where? I missed a message, think it was a fine, but I can’t find it anywhere.

Yeah, there’s no summary of the in-delivery messages. Fines and such are listed in the end of delivery summary though, aren’t they?

As for parking, I seem to most often end up choosing the middle option, to avoid rage :-)

Backing up a truck with a trailer is really anti-intuitive. If you want the back end of the trailer to go left, do you turn the tractor’s wheels left but only ever so slightly, or do you turn them slightly right first, then switch to turning left (slightly)?