Android - what's in your pocket?

I still can’t use tapbacks / reactions with iphone users. Is this rolled out yet?

I’m in the beta for Messages (version messages.android_20221026_01_RCO0.ph one.openbeta_dynamic), and I can react to messages.

EDIT: Even before this functionality rolled out, I’ve also had iPhone reactions for a while. Even before that, I actually didn’t get that many annoying reaction messages – mostly from iPhone pals trolling the Green Text people, or occasionally from family, so this just didn’t bother me. I tend to use emojis directly rather than reacting, so I don’t feel the need to counter-text-react.

I’m not in the beta of anything, and I replied to my boss’s message two days ago with a thumbs up reaction.

The way the thumb keeps moving makes me a little uncomfortable. Stop fidgeting you stupid thumb! Just be a thumbs up and freeze in place!

Thanks, I just joined the beta.

I’m not in the beta of anything, and I replied to my boss’s message two days ago with a thumbs up reaction.

Do you know if they are an apple user? Because we have reactions / tapbacks to other Android users, it’s just using them with apple users that is new.

Ah I see. Ok, yeah, this boss doesn’t have an apple phone. My other boss does though, so maybe I should get into the beta too.

My screencap, I purposely picked a scam text message to provide a quick example, but I’m the only Android user in my immediate family and I can react to their messages, but when I do so, “Dad’s reactions are spamming the group text.”

I joined the beta and updated messages, but I still can’t react to my wife’s or son’s iphone messages. I have the same version as you list above. I already had existing message conversations with them. I also just created a group message and added them both. I can’t react in any of the conversations.

Any ideas why? I see their reactions as icons - starting with that update in March. Not sure why this isn’t working for me.

Not sure. According to this, you need to enable RCS Chat, but I think you’ve been able to set other reactions so that is probably already on.

As I mentioned earlier, I don’t even use reactions because I don’t want to be the one sending those goofy texts saying I liked or hearted something, /shrug

For what it’s worth, I’m on a Pixel 7 Pro with Android 13 on AT&T. Dunno if any of that stuff helps determine whether this is enabled for me. EDIT: This Reddit thread has people theorizing that carrier might bizarrely be a factor in this feature rollout, where two posters on Verizon can react to other Android users but not to iPhone messages and one person who has it working is also on AT&T.

So I learned a new thing yesterday, an apparently this impacts all pixel devices capable of wireless battery sharing.

When you first plug in your phone, it will automatically activate it’s battery sharing, if its battery is over 20%. You don’t need to manually turn on sharing.

This means that you can just plug your phone in, and then drop your headphones onto it if they support wireless charging like pixel buds, and your phone and buds will both get charged.

I learned when you replace a battery you have to plug it in, then let it charge past 100% for 2 hours for calibration

I only meant to replace the battery but I accidentally killed the ribbon cable for the display so ended up having to do both. What a pain.

Hey this happened to me just an hour ago. I was hoping to keep my old Pixel 2XL going awhile longer, maybe give it to my daughter. Now I have to decide if a replacement screen from aliexpress for $50CAD is worth it, and assume that the battery replacement worked (seems to, it powers on at least).

Does anyone know if the Pixel 4a supports eSIM? I’ll be going to Japan near the end of December and usually what I do is pick up one of those one month data plan sims at the airport when I arrive. But my wife seems to think that Rakuten has a better deal and if I could set it up before even going over that would be amazing.

Does anyone know if the Pixel 4a supports eSIM?

My daughters does for sure, because I remember having some eSIM issues when activating it on Google Fi. 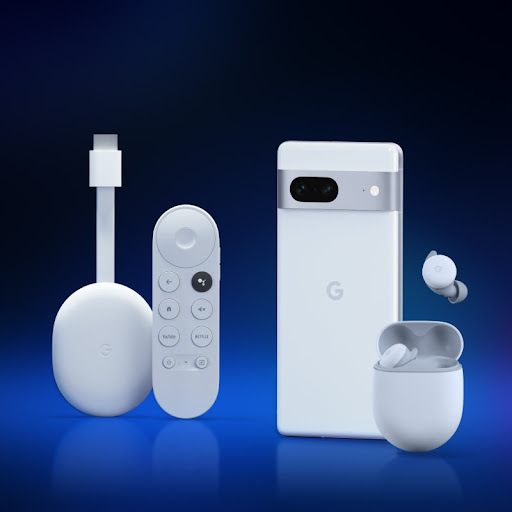 Black Friday sale is live at the google store.

We’re on Google Fi and looking to grab some phones for the kids to add to our plan. We can go with any unlocked phone as I understand it, but the Fi store has the Moto G Power for $50 and the Moto G 5g for $100. Anyone have any experience with them, or a decent phone in the $100 or less price range unlocked?

Now the Fi store has those two phones for even cheaper!

I think @robc04 has some experience with the moto phones, and from all the reports here, they seem fine. Certainly for the price, it seems an incredible value.

I don’t know why, but the Youtube TV app really drinks the battery juice on my Pixel 6 Pro. More than any other video app. I can’t watch more than two soccer matches without needing to recharge.

I think we had the Moto X4 and the Moto G5+. We didn’t have any real complaints about them. Everything was good enough. I’m not sure how they compare to the two @Gedd mentions above. Since then, my wife has moved on to the iPhone 13 and I have a Pixel 5a 5G and we both like our phones a lot more than the Motos we had.

I’ve been thinking, like I just mentioned I have a Pixel 5a 5G that I got for pretty cheap on a 2 year subscription. My wife loves her iphone. I was thinking about maybe moving to an iPhone when my subscription is up, or maybe sooner if I want to eat the remaining time on it. She switched from Google Fi to Mint Mobile at the same time as getting the new phone and has been happy with the service. We don’t use a ton of data and 4gig for $15 a month is pretty darn good.

Anyways, for people that have switched between Android and iPhones, which do you prefer and why? How about things like the camera differences between Pixels and iPhones?

I think it’s amazing that iPhone is almost a cultural factor in the US these days and it has little to do with the phone itself. Not that the phones are bad, but they are expensive. Your Pixel 5a cost what, $480 new? The iPhone is starting at $999?

Anyway iPhones are like tatoos or something now in the US. Everyone simply has one for no particularly valid reason (and no reason not to have one, to be clear they’re good phones).

My wife and daughter have iPhones, I have an iPad and a Samsung tablet, and I prefer the Android ecosystem. I have a Pixel 6. Picture quality/Photos app/Chrome integration/Maps are enough, but there are other reasons too.