I only sell to the 3 traders and pirates since their demands doesn’t change. But I buy from competitors to make up production shortfalls or to make middleman prifit.

But I buy from competitors to make up production shortfalls or to make middleman prifit.

Huh, do competitors’ goods for sale remain constant enough for that to work? I never looked that closely at it.

thanks, do you sell goods? How long do I need to wait until my warehouse sells goods?

Also, in 1404 one of the main ways to make money was to do the automated selling from your warehouse, because you got better prices for it. But in 1800 the AIs do not purchase enough volume to make it a real income source. No reason not to, really, but don’t rely on it to solve your money troubles.

I station a ship in the middle. As the game goes in they tend to specialize in certain goods that rotate.

One great trick I found is buying up all the furs from competitors then selling them to the lady trader. It’s fantastic profit.

Also, BEER. If you have trade relations with pirates you can sell them beer for huge amounts of money. Cannons too.

I think I hit my stickling point that I usually hit in Anno. I don’t make it terribly far - I have a bunch of engineers and I was starting to make pocket watches for them. I have an oil supply generating electricity and around 7000 people total. I’m at the point where I should probably move more production off of my main island. Some of my goods are starting to decrease, so I need more production of things like work clothes. I’ve got a zoo and museum up and running to bring in some decent visitor $$$ with the attractiveness. I have two worker commuter docks, but I should probably get a couple more going to ramp up production on some secondary islands. My income is high enough now so I can afford it.

So at this point I should probably put it away for now and next time try to continue my game instead of starting over. That way I can make a little progress each time instead of the same thing. I think Anno just feels a bit too grindy, like I’m doing the same things over and over, just more of them. That’s probably true of many city builder type games but I think Anno is the worst offender.

I think Anno 1800 is probably the best Anno. I think I enjoy it as much for the spectacle as I do the game play. It sure is purty.

It sure is purty.

I like a lot of the audio as well. The sound of cannons is fantastic and I really like some of the background music, it fits the game very well.

The main theme song in Anno 1800 is gorgeous. Anno is well known for great soundtracks (the Anno 2700 one was *chef’s kiss*) and here it’s once again awesome.

Oh yeah, I’m a sucker for strings. It’s a great score and I love how it sets the stage for the game as you load into it.

OTOH, there’s a bunch of terrible combat and a strange space station that does nothing and means nothing in 2205, but you take what you can get. There are also moon dogs. Moon dogs!

The space station dlc was the worst in 2205.

Me too. Strings can elicit an emotional response from me unlike any other type of music.

Anno 1800 has a statistics page added last year that really helps. It isn’t as extensive as 2205’s, but it’s the next best thing.

Man, with a preview like that I can’t wait to read the notes!

Man, with a preview like that I can’t wait to read the notes!

Also, in 1404 one of the main ways to make money was to do the automated selling from your warehouse, because you got better prices for it. But in 1800 the AIs do not purchase enough volume to make it a real income source. No reason not to, really, but don’t rely on it to solve your money troubles.

I guess I may have to revise this statement because according to the patch notes:

Budgets for NPC traders were adjusted according to the player’s progress level (up to 100.000 in late game)

Good video here for understanding the Docklands DLC and how to set it up. 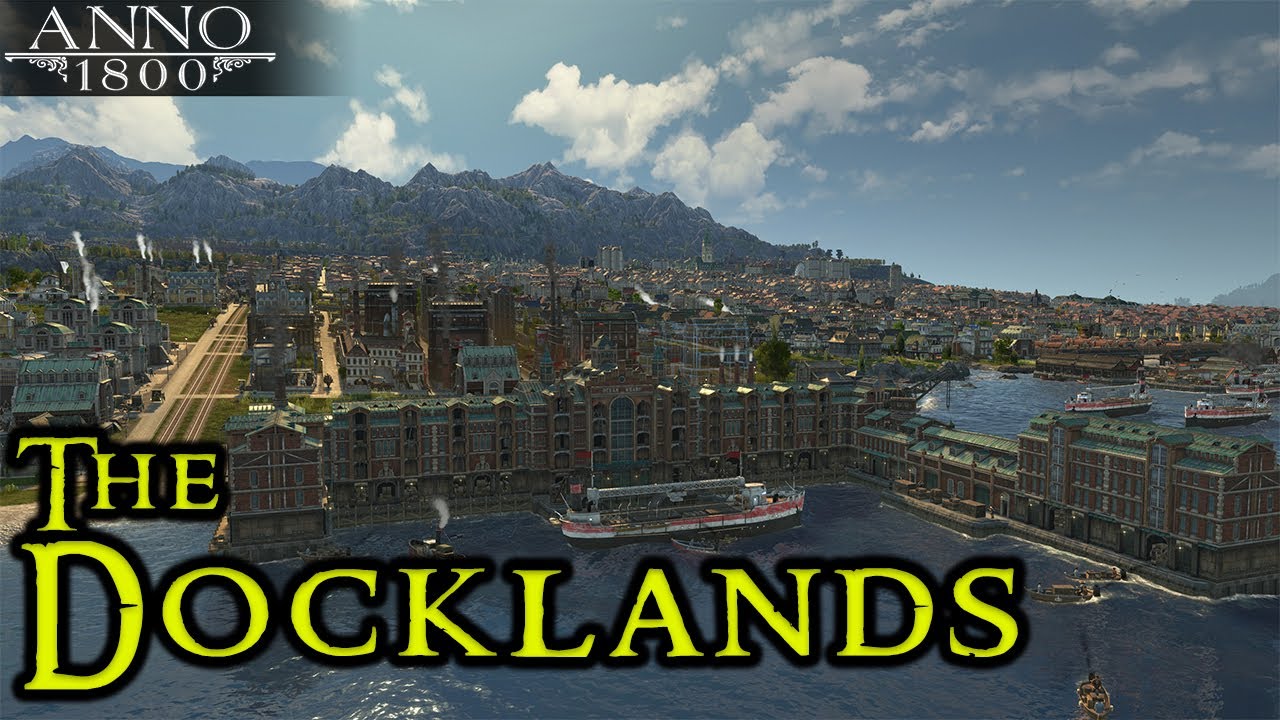 And finally, The World’s Fair building is complete. 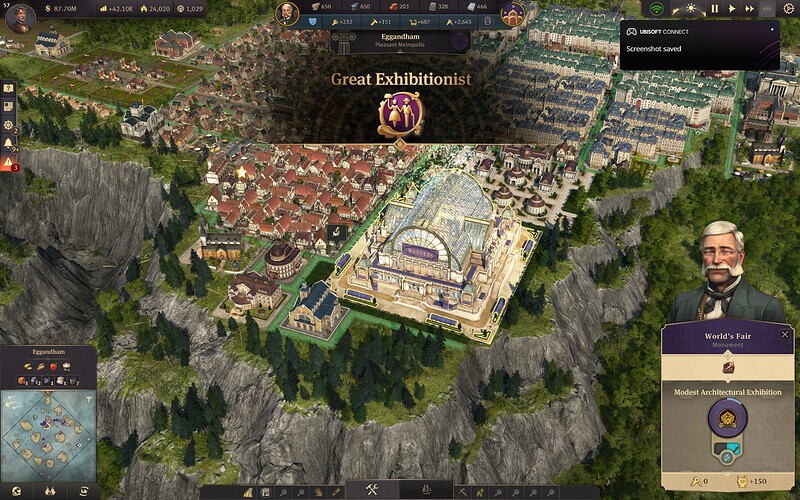 That is awesome. Wouldn’t want to live next door with all that light and noise, but it really is lovely.

Having only dabbled at Anno 1800, with all the DLC now, is there a best way to play that limits the amount of pressure you have applied to you? What I love most about this style of gaming is the building aspect, but I sometimes want to do so without a ‘fail condition’ in play so I can just relax with it. Does that make sense? In what I’ve played so far, it seems pretty easy going as long as I keep production up to make sure no one is idle for long.