Any suggestions for how to deal with a thoughtless neighbor?

Note: I understand why Tom changed the title, but I worry it makes me look kinda bad? My intent was was more self-reflection than trying to find ways to get someone to help me, though I do appreciate advice people want to throw my way.

Had surgery this week, get home and we have a snowstorm. Driveway is piling up with snow and going to have trouble getting my car in and out. Though I’m totally wiped and not in great shape I realize I need to snow-blow. Bundle up as best I can and see our next door neighbor is outside snow-blowing his driveway.

His snow-blower is cutting through the snow like butter, and he’s going to get his done in less than 20 minutes. I get my snow-blower up and running and re-discover mine can’t do any kind of heavier snow. We have a foot of snow in the driveway at this point, and I have to give up on my snow-blower and am forced to shovel and its’ grueling. I’m coughing and struggling, and yet as he sees me… doesn’t offer any help at all. Doesn’t offer to snow-blow my driveway. Doesn’t offer to let me borrow his snow-blower. I always let him borrow my tools, and I’ve lost count of the number of times I’ve snow-blowed his driveway in years past when I happened to be having a good day when out to do my own.

And he knows my situation. Surgery, Oxygen, spinal tumor, bloody lungs. If I saw my other neighbor who is an extremely angry person, and is always quite mean to me, struggling to do his driveway as he has Parkinson’s, I wouldn’t hesitate to take over and do it for him. I couldn’t stand to see someone struggle like that.

Maybe there’s something wrong with how I think about this? Wishing someone would return a favor might be selfish? I think I read that somewhere once.

We have a shared driveway at the end of our drive as it enters the street. He didn’t even do that mid-section. I ended up being out there for over 2 hours.

Hate to say it but your neighbor has no obligation to do your work for you. If you do favors with expectations, then yes there is a self serving aspect to that. That is why I do not put expectations on favors I do for people. I do it to be a nice guy and do not treat it as a credit/debit thing. The truth of the matter is, people are inherently and instinctually self motivated. I like when someone goes out of their way to help me but I have no illusions that they in anyway obligated to do so because I am not entitled to it. That being said, he probably should have been a good neighbor and understanding your circumstances helped you out but since he did not, you getting angry or frustrated about it is only giving him negative space in your head. Accept that he is likely ( I say likely because I do not know HIS personal circumstances ) just not a great neighbor and move on. Baggage like that is a waste of energy.

I never expected a return favor before. Under the circumstances yesterday though, I kept hoping he might let me borrow his snow-blower as I was having so much trouble breathing. My “not expecting a return favor” thinking changed because I was worried I was going to blow my lung out, and brought out some conflicting feelings.

Did you ask if he could lend you his snow-blower? Since you’ve already let him borrow your tools, seems only fair.

If you did and the answer was no, then, lesson learned I think.

Did you ask if he could lend you his snow-blower? Since you’ve already let him borrow your tools, seems only fair.
If you did and the answer was no, then, lesson learned I think.

I was going to, but after we’d said Hi he had that “trying not to look at you” thing going and I would have felt awkward doing that. I didn’t want to make him uncomfortable.

I’m generally a nice guy, I do favours for everyone, at work at home where ever. I never expected anything in return, however over the last 4 or 5 months people seem to just expect it regardless, don’t appreciate it or treat me like crap anyways.

Now I get whined at that I’m no longer that person and I say well I am busy maybe you could support or help out while you are there doing sod all but I get oh no I’m much too busy to do anything but the minimum.

It seems more and more people have become selfish, well in my world anyways and it’s made me less open to helping those whoa re not willing to even help themselves let alone anyone else.

I was going to, but after we’d said Hi he had that “trying not to look at you” thing going and I would have felt awkward doing that. I didn’t want to make him uncomfortable.

I’ll say this; I’m rather oblivious to the world around me. I could totally see myself being that neighbor and thinking about what I’m making for lunch or even wondering if you liked watching Andor as much as me, but I’m kinda shy so I don’t want to risk coming off like a nerd so I’d better just button up my lips and get my snowblower put away.

Now if you’d ASKED me to use it? Well, now I feel good; Jeff likes me enough to ask for help, and it’s something I can easily do. You know what? I’m already dressed for the weather and Jeff’s a good guy who’s had some struggles; hell, I’ll just do it for him. You know what this snow makes me think of? The planet Hoth . . .

And that’s my problem. I tend to have tunnel vision and assume people think the same way I do. If I want to offer help, I ask them or just start doing it if I think they’d refuse out of courtesy. I feel really bad (guilty) asking for help. It’s not pride, it’s just I feel terrible taking someone else’s energy or time away from their life for me.

When I give in to this kind of thinking, I try to remind myself that the absence of a positive (a good deed) isn’t a negative (rudeness or a bad deed.)

Part of being neighbors is the expectation that you’ll ask for (and do) small favors for each other. I’d ring the doorbell and ask to use the snowblower, absolutely nothing wrong with that.

I hope this thread doesn’t make me look like a jerk or stupid. I always need to work on myself and sometimes I’m a bit lost. Not exactly feeling my best. :(

Don’t worry about it, not at all.

The snow here is something. We have another 7-12” incoming today. Gonna give my snowblower another shot. Hopefully it got cold enough for this to be “light” snow. 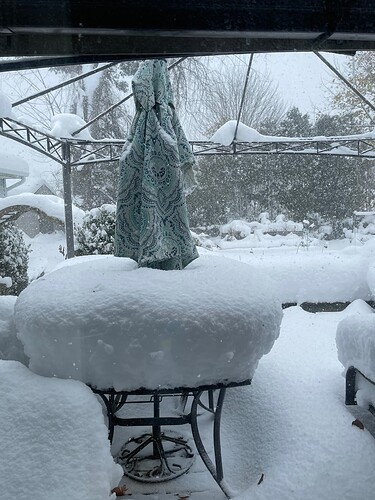 Yup. He may think offering help would be insulting to you (e.g., it signals that you’re not capable) or even offering his blower might be viewed as a knock on your blower and/or your economic situation. Of course, he could be an asshat, but there’s no way to find out other than asking.

Well, I guess I’m just not very likable or maybe he hates Mooses.

So I went out and tried to snow-blow, but my stupid snow-blower still can’t handle the snow, so I was using my snow-blower to push around the snow cause I don’t have the strength to shovel anymore. My neighbor and I only have the tiniest strip between out driveways so when he came out I apologized for a getting a bit on his side. Really that was just an excuse to start talking to him. I then described my situation and difficulty with my snow-blower and asked if I could borrow his once or twice to get us through this period of wetter snow. He hems and haws, shrugs and says, “I don’t know… we’ll see”. I quickly interject, “It’s OK, really. I totally understand if you don’t want to. No worries” as nice I could. He then says, “Hey I hear there’s a chance it could start melting next week. Why don’t you just wait?” He then gets in his truck and plows through the foot of snow in his drive. I have a Toyota Prius and it can barely handle 4".

Maybe I look too much like an idiot to borrow a snow-blower? I’m out of breath, not on drugs :) 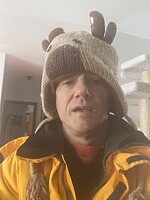 You look like someone who shouldn’t let him borrow your tools.

This kinda describes me. I will help if asked and will ask if I need help but without an exchange of words I tend to ignore what others are doing around me.

Maybe his snow blower is an expensive item in his mind and he doesn’t want to risk it. Or maybe he thinks it would be more than a one time thing.