Anyone had a hip replaced?

I will be joining the club June 28th! I went to the orthopedist about my hip pain on June 7 and he gave me a couple of options. But the only real solution was to have a total hip replacement. And because we’re going on a cruise in September, he was able to schedule it for June 28.

I’m in the pre-op stage, reading about the procedure and visiting doctors and all that.

Anyone have any advice or things they wish they knew before they got their hips switched out? I have a friend who’s had both hips replaced - he said “the greatest part is that your pain will go away. It will be replaced by another pain (from the surgery and associated healing) but that will go away.”

My 87 year old mother had her one hip replaced when she was 80. Said it was the least overall painful surgery she ever had. And also the least painful rehab.

I have known a few people who have had hip replacement surgery. It is actually pretty common now, not that I want one, yet. They have all returned to normal lives and even resumed playing golf.

The GF recently got this done. It was relatively easy rehab, but she has developed recurrent leg pain and thinks it is related. Another doctor says the surgery left her with one leg 1.5 inches longer than the other and that is the cause of the leg pain. She may go back to the surgeon with that complaint to see what the surgeon can do. It might be another surgery.

Not me but boss who is younger than me has had BOTH hips replaced. He’s 52, former 3 sport jock in college and he assumes the wear and tear there just slowly took it’s toll over time. He had his first replaced about 4 years ago and the second replaced this year. He offered this advice:

There are multiple methods of hip replacement. Be sure and talk to your doc/surgeon about how physical you are and if so, what you normally do. The reason is that if they replace both ball, cup and a significant implant stem into your leg bone, that can and usually does limit mobility, and adds to healing and PT time. That’s typically called full hip replacement. But they have the option, depending on your hip issues, to do what’s known as hip resurfacing. In that case they resurface the ball part of your leg bone and put a cap on it, they don’t cut a significant part out to be replaced by a stem. They also redo the cup like in a normal hip surgery. The difference is pretty stark in less time to recover, less time for PT, and less time for nearly full movement return. It’s highly recommended for more active people, as there is less bone cut and more of a natural gait and movement for a person after surgery. Don’t be afraid to travel for a better surgeon if this is where you need to be.

For both of his he was out for about 2 weeks fully after surgery, returning to WFH from then until about 8 weeks, the the long and slow process of physical therapy, etc. His first he bounced back from quickly within about 4-5 months fully healed and fully mobile too after PT, etc. This time he’s in about 6 months and still not 100%, still hoping he will get back to that. He’s done with PT but says he can still feel it a bit while biking and running.

He HIGHLY recommended this site for more reading on either method.

Specifically, read up on this section: 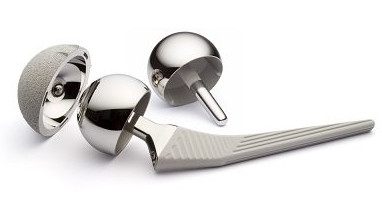 Hip Resurfacing is bone conserving compared to a THR. Hip Resurfacing allows a patient to return to an active pain free life with no restrictions after recovery.

My mom had her second hip replaced last year. The first one was maybe 10 years before that, and involved tons of physical therapy. The second one, she was walking around in 3 days as it was done minimally invasively. Modern medical science is markedly improved from even fairly recent days.

the surgery left her with one leg 1.5 inches longer than the other and that is the cause of the leg pain. She may go back to the surgeon

I mean, isn’t she tempted to go to another surgeon…?

I think Andy Murray had hip resurfacing a couple of years ago, and he seems pretty spry again.

I mean, isn’t she tempted to go to another surgeon…?

I believe the hope is the surgeon will perform the surgery for free to correct a mistake.

My wife had both hips replaced over a twelve-month period a few years ago. The surgery is fairly substantial, and the recovery period can be fairly lengthy. A lot depends on the person, though. The less you weigh, for instance, the easier the recovery. On the plus side, good hip replacements do wonders for chronic hip pain, as they should.

How long ago? Was it laparoscopic?

What kind of hellscape timewarp forum did I drop into that I have peers on it discussing (without humor or irony) hip replacement? Fucking time, man.

Seriously though, hope it goes well. Luckily, I’ve not had any sort of thing like replacing body parts…yet. But my vision is considered so bad that I get my contacts for free (medically necessary). So I’ve got that going for me.

Is it enough time to do the therapy from June to Sept to go on the cruise?

You should see the discussions about gout.

I think I was in my forties when I realized how common gout was, at least among people I knew.

Okay, you guys are getting me a bit worried.

I am 62. Recently, on more than one occasion, I have had some pretty severe and sudden hip pain in both hips at once, usually while at the grocery store after walking the aisles for a while. Sometimes, it gets so bad I can barely make it out to the car.

Then, shortly after getting home, all would be just fine, as if nothing had happened. This happens maybe once a month or less. So I haven’t even been worried about it because it is so short-lived and such a rare occurrence.

Obviously, if it keeps happening see a doctor!

I have a strong aversion to seeing doctors, probably due to my not having health insurance for most of my life and being afraid of the massive bills.

But now that I have insurance, I have no idea why I still hate going to doctors. Afraid of bad news, maybe?

Could be sciatic which will effect you that way. Not a surgical thing but doing stretching exercises could help you .

But now that I have insurance, I have no idea why I still hate going to doctors.

Maybe think about it this way: you’re already paying for insurance, so if you don’t use it, you’re leaving money on the table.