Anyone Have Nerdy/Video Game Tattoos?

So I’ve been contemplating my next tattoos. I was gonna mix up symbols from my favorite video games (Freespace 2, Tie Fighter and Starflight) into one tattoo, but then I was reminded that your character in Tie Fighter actually DOES get a tattoo (I was originally gonna just use the generic Empire symbol), as you can see here:

I’ve decided therefore that I’m gonna get separate tattoos for the three games, the one above for Tie Fighter on my left inner forearm, the funky S-type symbol from Freespace 2 on my right: 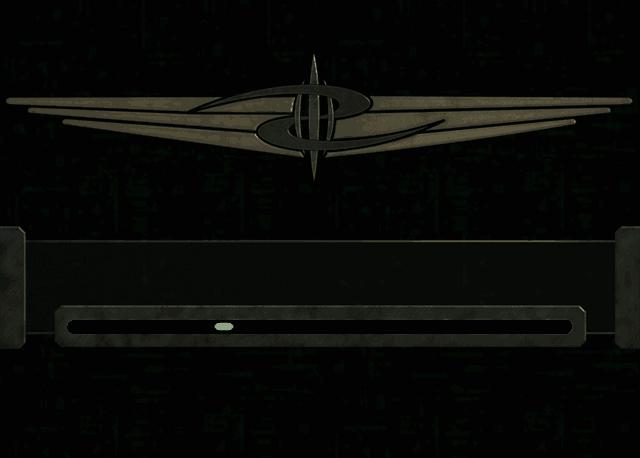 And the I-type symbol from Interstel in Starflight (like at the top of the code wheel below) likely on my left as well:

I’m quite excited about the prospect, and have already begun saving for 'em. :)

That being said, now that I’m done gushing with excitement over my next tats, do any of y’all here have any video game or other nerdy tattoos? I already have one from the TV show Supernatural, but I’d love to see what any of y’all have. :)

Oh stawp, tattoos don’t have to be shameful. :P

I suggest you start with a Din’s Curse shrine somewhere on your body.

I suggest you start with a Din’s Curse shrine somewhere on your body.

I’ll make that my tramp stamp!

I have an Alien/Terminator-style biotech arm tattooed from my left collarbone down to my bicep. I guess that kinda counts as nerdy. Sweet, the pic I posted here a long time ago is still up: Doesn’t show the whole thing but you get the basic idea. It’s also been retouched and had a bit more added to it, such as a glowing power source (the only colored part) and some wires.

That’s VERY cool, Matthew. How long did that take?

In total, 4 sessions including the retouch so about 6 hours maybe? It’s been a while so I’m not entirely sure.

I have a gaming tattoo, it’s a copy of this woodcut from an Ars Magica sourcebook.

It’s quite old now and so the ink has spread a little.

Yeah, ink does that, but it’s very nice, Iain!

I totally expected to see Brian Rubin with a spaceship in his arm :P

I totally expected to see Brian Rubin with a spaceship in his arm :P

Hahaha, nah, I have other personal things on my arms at the moment, but no spaceships yet. ;)

I have more ideas for geeky tattoos than I have either space on my body or a willingness to abandon whatever societal acceptance I currently hold. Can’t say any of those ideas will ever come to fruition, for better or worse.

What are some of 'em, Otagan?

That is AWESOME, UL, and I know some folks – my girlfriend included – who would love that one.

Come to Louisville, you will be treated well.

I’ve been thinking about getting a “WASD” tattoo for a while now. Not sure if I’ll ever go through with it.

Get a Zune tattoo.

If tattoos weren’t so permanent I would get the DX logo.