How do people feel about the “takeback” feature in lichess?

The first time a takeback request popped in a lichess game, my immediate reaction was irritated dismissal. This is a chess game! I’m used to “touch, move” and although it’s been decades since I’ve played at a club or a tournament, it seems like the training was fully internalized. And I’m afraid I also indulged in a bit of self-righteousness along the lines of “I never ask for a takeback, why would you?”

Having thought about it a bit more, and played a bunch more games online and experienced a few mis-clicks of my own, I’ve mostly changed my mind. So I’ll normally accept a takeback request. Though I sometimes still resent it when it seems obvious that someone made a silly mistake, rather than just clicked on the wrong place.

Anyway this came to mind because I asked for a takeback just now in one of the games in the QT3 group. I wasn’t paying attention and thought I was on the analysis board, and suddenly realized I’d actually sent my move. My first reaction was to send the request, but thinking about it now I’m not 100% I was entitled to; it’s not like I was under time pressure or anything! So I’m curious what other people think, and also wanted to say that while I do occasionally ask for takebacks now when my error is purely UI related, I still respect anyone’s right to turn them down. After all, takebacks really aren’t part of chess.

I’m totally fine with it. I’ve used the function before, when I mis-clicked. And I have come very, very close to accidentally submitting a move because I forgot that I wasn’t on the analysis board.

The Laws of Chess state:

“if the player having the move deliberately touches on the chessboard one or more of his own pieces, he must move the first piece touched which can be moved”

If you do not make a ‘deliberate’ move in an online game and make an ‘accidental’ move - then there should be a mechanism to reverse it.

My take is that we’re playing correspondence chess, with often hours or days between moves. It’s almost a different approach to the game, where you don’t have the pressure of time or your opponent sitting opposite you. You spend more time thinking about each move, and there’s the option of using the analysis board or a real chessboard to explore the position. I don’t think the whole “you touch it, you move it” rule is necessary under those conditions, and hence takeback seems fine to me. More control over it in the options would be welcome though, eg. disabling it, or limiting it to 30 seconds after the move. You don’t want your opponent to be live, spending time thinking about their response, and then suddenly having their opponent ask for a takeback.

lol, looking up the actual laws of chess I never knew this before in relation to blind/visually impaired games - that’s wild. 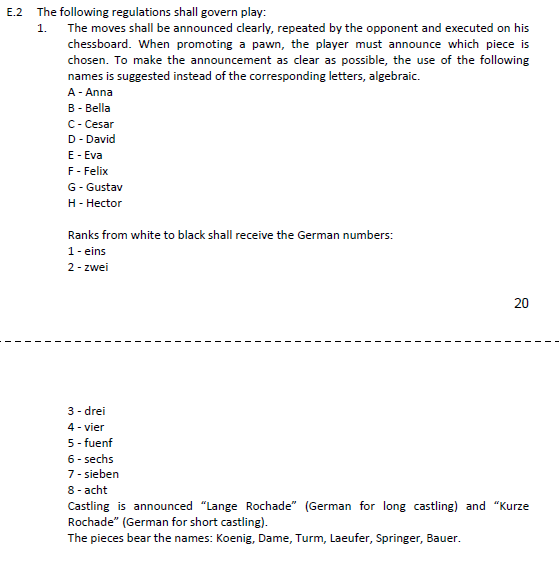 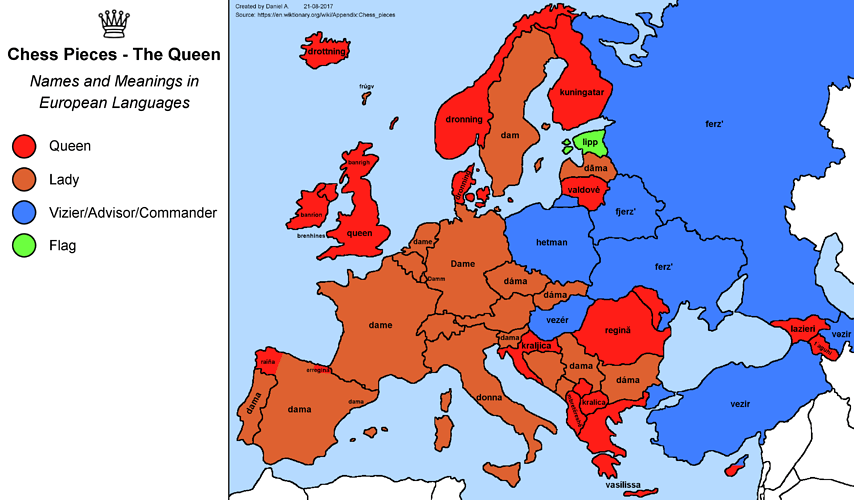 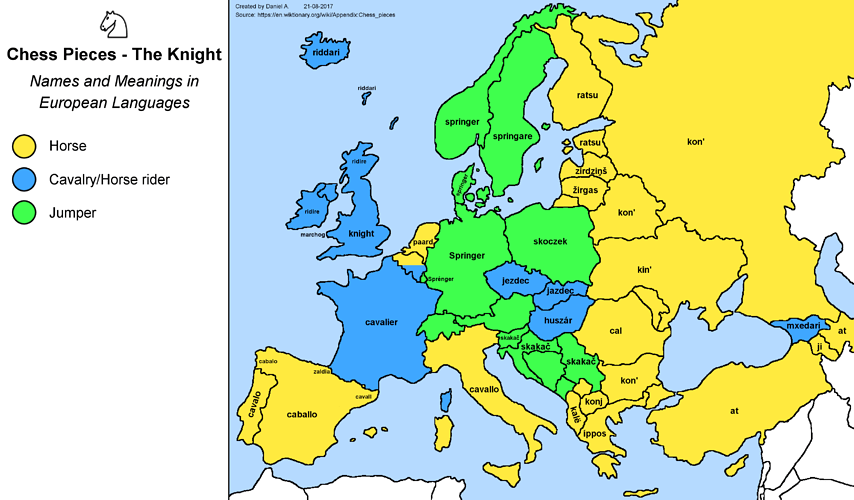 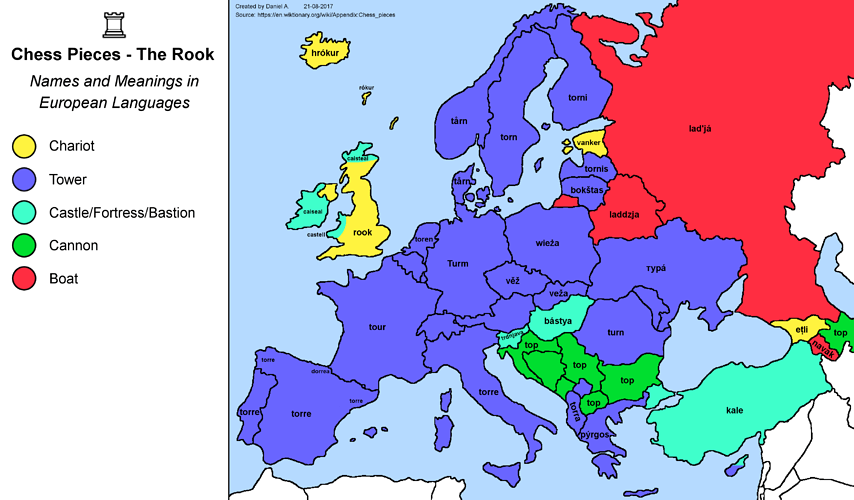 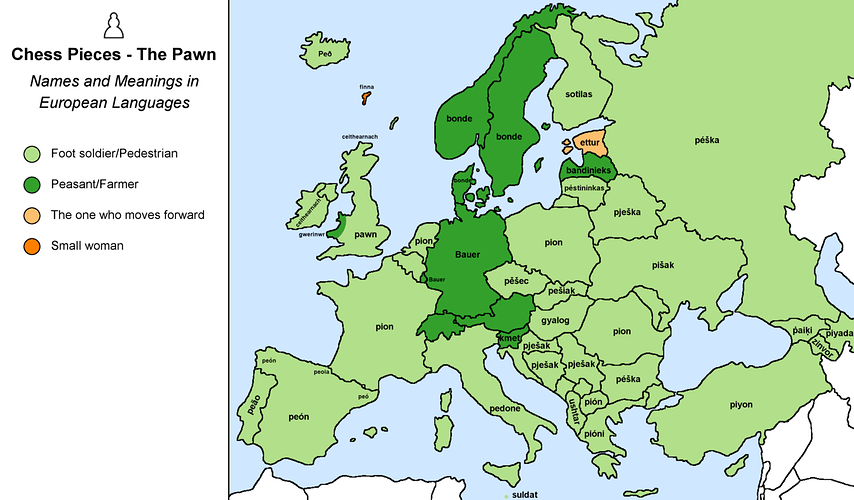 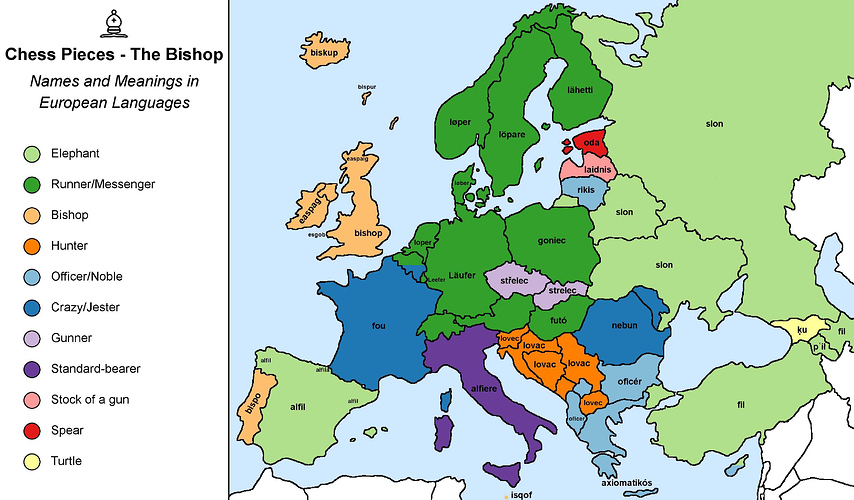 8 thumbs up for the maps!

It cracks me up that all this time, the Russians were saying “Boat takes Elephant”.

In Spain it’s alfil, while elephant is elefante. That’s because alfil is elephant in Arab, and the game came to Spain through the Muslim conquest. And from there it moved into Europe.

Alfil is the only one not having a name in Spanish.

It was my honor. I thought it was in the bag after that rook battery, but you proved it was far from over; I saw some crazy lines unfolding in the end game and for a while it looked like it could go either way. I tend to give up too easily; you showed me the importance of continuing the fight.

Honestly I thought of resigning much earlier but decided to keep at it, hope you didn’t mind. I have to review the game. There was one late game move I regret; I had a better option and think that with the alternate move I might have been able to push to a draw. You played flawlessly. I kept going in hopes you would make a blunder, but you did not. Tip of the hat!

thanks, now we have 2 more games open.

we are getting there …

I still need the invite to tyhe game @Murph

Our game is over sorry. I thought @gringokidd posted it. He won!

cfkaneqt3 (1500) plays Chcopperpot (1500) in a casual Correspondence game of chess. Chcopperpot won by checkmate after 35 moves. Click to replay, analyse, and discuss the game!

There was a brief period where I felt good about my play, which is actually better than usual.

hm, not sure what to do now? Do you want to start the game? @Murph Are you ready for a game?

Sorry guys, been away from Qt3 for a bit, but still playing chess. Sent the invite this morning for the game with @Juan_Raigada. Not sure why I didn’t see the tags, my bad.

Is this Queen’s Gambit, or regular tourney? I’ve lost track.

Queensgambit… Round2/3 . No worries, hope you can play fast, though ;)

Haha yeah I’ve been on lichess like every day, despite not being on Qt3 much for some reason. Not sure why honestly, but you guys got me re-infused with the chess bug!

It was a tough-fought match, but I managed to claim a win.

mmurphy1 (1137) plays juanraigada (1500) in a casual Correspondence game of chess. juanraigada resigned after 57 moves. Click to replay, analyse, and discuss the game!