Apple today updated the Mac mini so that standard configurations now come with double the storage capacity. The $799 configuration now...

The new iPad + new keyboard is damn expensive. It’s worth it, but the app infrastructure just isn’t there for it to replace a laptop for me. Outside of Tableau never, ever running on it, I need full Word and Scrivener.

That keyboard looks nutz, i don’t know how it is balanced, unless it weighs significantly more. If you read between the lines there’s not a lot of new going on aside from the camera. “LIDAR-like” has a lot of industrial/commercial potential, but as with all these sorts of measuring-consumer level things, “close” is not good enough. Like if it measures a box to be sometimes 8 inches, and sometimes 8.5 inches, and sometimes 7.8 inches, it’s pretty much useless aside from consumers playing with it.

I’d like to get a new laptop. The Macbook 12 is suffering a slow death, the battery is failing and it would cost 500$+ dollars to get both the keyboard and the battery replaced. But… the Macbook 12 has 512gb SSD, and it’s hard to upgrade to that without spending stupid amounts of money. I’m not getting a new laptop without 16gb ram / 512 SSD. And that’s still $1,700 for an Air… and i really don’t need it, just would like to have it.

Oh wait i just noticed the keyboard has a trackpad. ^^

That new keyboard looks sweet but yeah, it is offensively overpriced.

The new keyboard w/ trackpad is super expensive, but I use the keyboard on my 2018 iPad Pro & really want one! Luckily it will work with the 2018 iPad Pros since I just can’t see spending the cash for another iPad Pro in the current climate.

We’ll see how things are when orders go live closer to May.

Yes, I want the trackpad too for my 2018 iPad Pro. Doing photo editing is just annoying. I’m constantly having to click on different sliders with my pencil or my finger. I should be able to edit without moving my hands off the keyboard.

Also happy to see the base iPad Pro comes with 128GB of storage. 64GB really isn’t enough for the use-cases they’re trying to sell it for. Still though, a very expensive tablet and an offensively expensive keyboard.

The refreshed Macbook Air is much more attractive. Quadcore CPU and starts with 256GB of storage, which is be the reasonable minimum for a real computer. And of course they got rid of the broken keyboard. Still has really huge bezels for a 2020 laptop, though.

Was hoping Apple would start moving into AMD this generation, but I guess not.

Only rumor that didn’t come to fruition is a refreshed AppleTV. Shame. 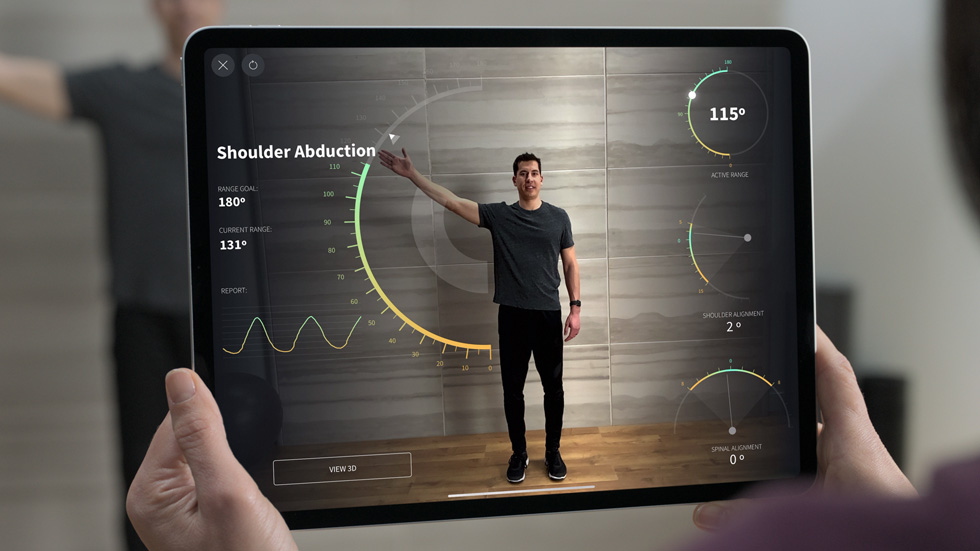 This is a big deal for exercise, physical therapy, and portrait applications. Doing a good remote exercise app that actually monitors your form has been a pipe dream; now you can do it, and do it well.

As someone who has gone through multiple post-surgery physical therapy regimens (and still doing one), this could potentially make home PT exercise more effective by catching mistakes I’m not aware of that negatively impact my progress

The 4 ports and better (maybe) display is a plus for the Pro.

Who’s going to pay more money for a downright terrible keyboard? The 13" MBP needs to be updated.

I thought you meant after it got fixed. But yes, the current 13" is a dead laptop walking.

Oh, sure. Once they update it with smaller bezels, a working keyboard, and a 14" screen the smaller MBP will be great. I just wouldn’t buy the 13" current model.

I really really would like to see Apple release a laptop with a good modern GPU.

The high-end 16" MBP comes with a 5500M GPU which is a modern 7nm Navi chip and basically a GTX1060 in performance, so more than capable of smooth 1080p in modern games.

Who’s going to pay more money for a downright terrible keyboard? The 13" MBP needs to be updated.

From my experience, the only people who know that is a terrible keyboard are people who follow Apple/tech. Most people have no clue.

It’s pretty obvious it’s very different once you actually try it. Some people like that, of course, but nobody likes its failure rates.

Goddamn, that new MBA is probably right in the sweet spot for “good enough” and “cheap enough” that it’s at the top of the list for if I find myself back in the market for a personal/professional laptop.

The MacOS laptop experience is so the fuck much better than dealing with Windows, and that’s a low enough Apple tax for what you get that I’d probably pay it.

I probably wouldn’t buy an Apple laptop for myself, but if I was looking for a small/light one that’s certainly what I would pick up.