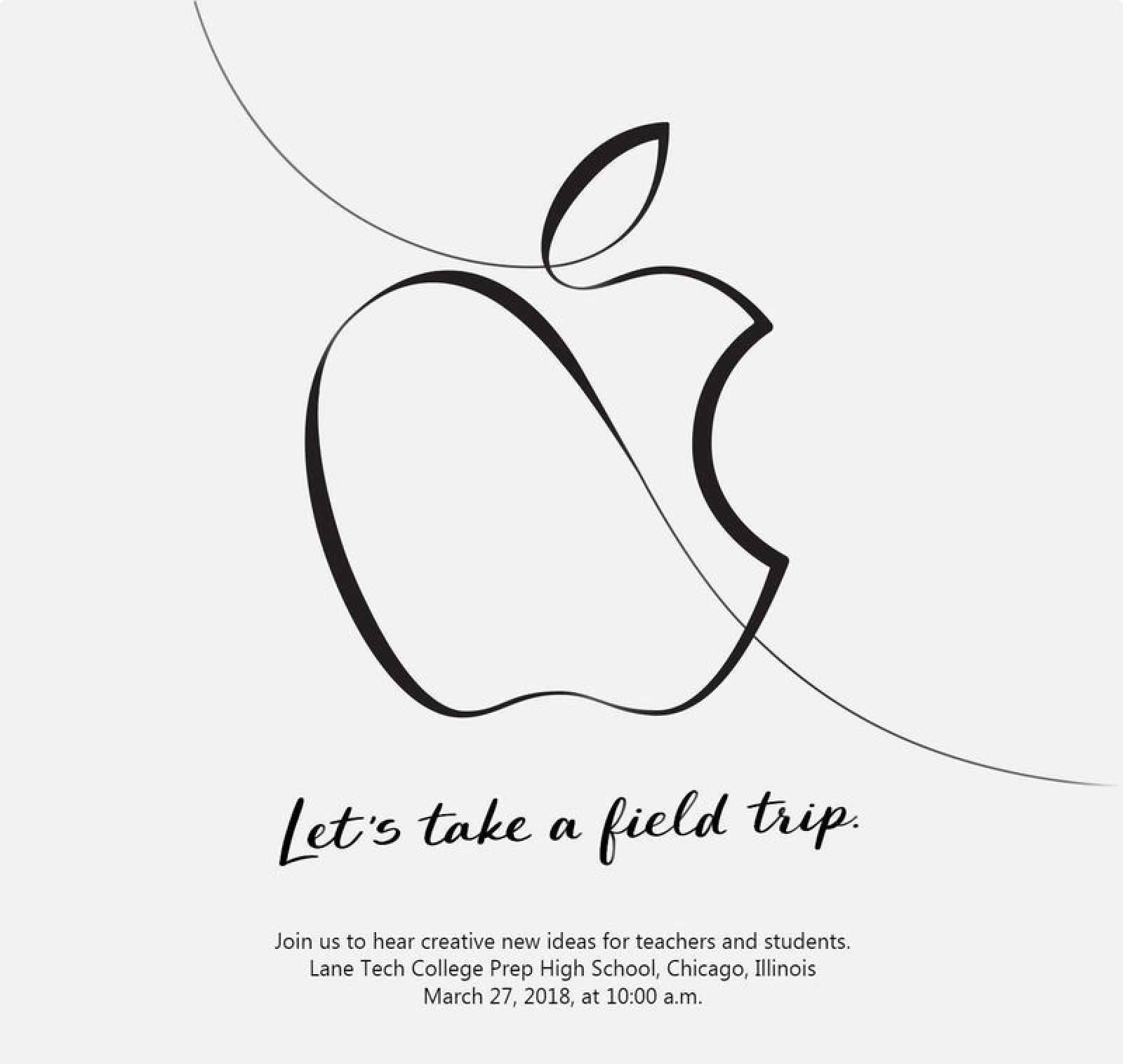 Apple to Host March 27 Event in Chicago: 'Creative New Ideas for Teachers and...

Apple today invited the media to an event on Tuesday, March 27 at Lane Tech College Prep High School in Chicago. The keynote will commence at 10:00...

I’d like to see an update to the iPad Mini and an ARM Mac. Only one of these is vaguely plausible.

Their stubbornness over the Mac Mini baffles me. It might not be a top seller, but it has a clear niche in my opinion.

I think it’s more like the Eye of Sauron can only look at one place at a time. That Apple is such a vertical hierarchy that unless the order comes from the top nothing happens or changes, and top management hasn’t “been able” to spend the time thinking about what they want to do with the Mac Mini. It’s really the most hilarious thing.

My guess is because Tim Cook is such a supply chain guy - he is still making money for Apple hand over fist - every “creative” decision they make today is really bottlenecked by supply chain profitability considerations. Stuff like the Mini gets caught in a limbo where retooling costs more than the profit they’d make but cancelling it kills the pipeline - and they don’t see a future for it either. Not knowing what to do with it then, it soldiers on.

Hoping for a new iPad Pro with Face ID. Likely coming this year, but not sure it will be the March event.

My guess is this is the Macbook non-pro event, where they retire the old Macbook Airs and add a new 13" model similar to the 12" Macbook but less optimized for size/weight and with more connectivity.

My guess is this is the Macbook non-pro event, where they retire the old Macbook Airs and add a new 13" model similar to the 12" Macbook but less optimized for size/weight and with more connectivity.

Yeah, this seems most likely. 13" Macbook (something) to replace the Air. I think it’s too early for a new iPad Pro, and ARM Macs wouldn’t get announced at an education-focused event.

But just one new laptop seems thin for a whole event.

New Macbook 13" would be a pretty big deal, as the Airs were Apple’s biggest sellers for many years and the Pros are still quite expensive. Toss in some classroom management crap and you’ve got yourself an event.

Apple is going to discuss how to arm teachers with iGuns.

They’ll have to juggle the product line around any air replacement. The 12” MacBook (non pro) would be in a weird and too expensive spot if the air were updated with retina screen. The 13” MacBook Pro might overlap too depending on what they do.

It would still be much thinner/lighter than the air replacement, which would be more cost-optimized. 13" MBP non-touchbar starts at $1300, this would start at $999.

I don’t think $100 off is going to beat the Chromebook. Apple may want to get further into education but (from little i understand about the education market) it sounds like Google’s Education integration with cheap Chromebooks has such a lock it would take a tremendous shift away from profitability and a ton of money and time that imo Apple just won’t take.

They’re probably going to push some kind of “higher end” creativity suite and claim it’s for education. Probably something with the pen. A $245 dollar tablet with integrated pen sensors? Maybe a touch screen Mac with pen sensor? It’s going to be something about writing or drawing. Make all the apps (Pages, Numbers, ect) pen enabled?

I would never remotely imagine in my wildest dreams that Apple would so much as consider competing with Chromebooks.

Oh, didn’t think you were, I was just connecting the dots with their marketing, since this is being marketed as an “Education” event.

Maybe a major update to Swift Playgrounds, although I suspect Apple would save that for WWDC.

I would never remotely imagine in my wildest dreams that Apple would so much as consider competing with Chromebooks.

I think Apple considers the iPad to be their Chromebook competitor.

Possibly, rumors are they’re dropping the base price to $279 and that’s in Chromebook territory. Of course you would need to add a keyboard case.

i went looking for a quad 13" macbook pro today and apparently they don’t exist–only in mbp 15" and up. i hope there’s a refreshed mini i can get quad core in.

Not sure how it solves them getting schooled by chromebooks.