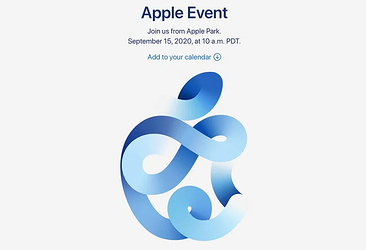 Locked in:
New iPad Air - new edge-to-edge display, and Touch ID built into the power button for the first time. Also rumored to use USB-C. Not sure if this is taking the place of the standard iPad at the low end, or somewhere in between iPad and iPad Pro.

Rumored in:
14" Apple Silicon MacBook Pro - this seems very unlikely, but let’s run with it. Rumor says it will have an internal GPU comparable to the Radeon Pro 5500M. Gaming experience supposedly “exceptional,” but only for games optimized for Apple Silicon.

Definitely out:
New Apple TV - supposedly not coming until 2021.
New HomePod - none coming in 2020
AirTags - long rumored and basically confirmed, but not going to be unveiled next week
New iPad Pro - just got updated earlier this year, no new updates in 2020

Also rumored to use USB-C.

praise be to Cupertino Jesus

I’m an iPhone hater so not really interested in anything in that regard but I’m excited to see what they do with a new iPad Air as well as Macbooks using their own in-house cpu. Our original iPad Air is getting pretty long in the tooth (7 years this December I believe) but it just runs so damned acceptably.

I doubt I am buying anything. Don’t need a watch or a regular iPad. Will get the phone whenever that comes out though.

A cheap ARM Mac Mini I would get day one just to play around with. Eventually I will get the 30” ARM iMac, but if it was an early release, I will wait for impressions first (and some Big Sur patches).

I doubt we are seeing Macs though.

Will be buying a Series 6 Watch for sure. We need to back-fill for my wife’s broken Series 3 (dropped it & the face popped off). My Series 4 would be fine otherwise, but I’ll take the upgrade since I do use it.

None of the other stuff appeals since I use a perfectly good 2018 12” iPad Pro.

I am still on my Series 0 watch. At some point I will upgrade. I am also still on my iPhone 8. In a non-pandemic worlds I’d upgrade to the new iPhone this year for the camera, but will pass.

I am curious about the silicon Macbook, but I am around 5% Apple right now. Xbox Game Pass and work moved me back to Windows and Samsung for the moment. If the Tab S7+ works as well as I hope it will, then the move will be permanent for a couple of years. I only use my MBP to show people how a Microsoft product works (or troubleshoot why it doesn’t work) and even then, I encourage them to bootcamp or use Parallels, etc.

Touch ID built into the power button for the first time

I wonder if the iPhone 12’s will have this. Having touchid + faceid in an iPhone would have been great during covid.

I wonder if the iPhone 12’s will have this. Having touchid + faceid in an iPhone would have been great during covid.

All indications are that it will not.

iPhone 12: Everything we know about the 2020 iPhone

Apple in Fall 2020 will unveil new iPhones, and this roundup features all of the rumors that we've heard about the upcoming devices so far.

Our original iPad Air is getting pretty long in the tooth (7 years this December I believe) but it just runs so damned acceptably.

Same. It works. It’s not as if it seems slow. I can’t make a case for replacing it. I don’t even use it as much as I used to. I love it when we travel. It’s good for entertainment (reading, watching something, playing a game) and good for quick lookups. At home I prefer to sit in front of my PC.

I am curious about the silicon Macbook, but I am around 5% Apple right now. Xbox Game Pass and work moved me back to Windows and Samsung for the moment.

I LOL’d, but I’m soooo not surprised (and not alone in that!)

the move will be permanent for a couple of years.

Nah, it actually will. The main consistency with my upgrades this year is that Windows was always going to stay around. My Alienware R8 (the first purchase I made) has been used every day since I purchased it. I had all of this Apple mobile gear (that pushed me to Apple computers), but I figured out how to dump all of that and be comfortable in Android-land. Getting my family to use WhatsApp before I changed to Android was the game changer. The last wildcard is the Tab S7+ and how it performs.

The Note 20 Ultra works great with the right case that allows the phone to lay flat on a surface. Its battery life improved after about a week of use (for some Android-magic reason). The 128 version with a 512 microsd card is plenty of storage. The Windows Your Phone integration is real and useful now. The GW3 is good, although its battery life isn’t quite as good as the OG GW. But it is smaller than the GW, easier to wear with a dress shirt, and looks like a watch. The Galaxy Buds+ don’t have noise suppression, but they sound better than the Air Pods, last a lot longer on a charge, and I have Sony over the ear headphones for noise cancellation scenarios (and they are much better at that compared to the Air Pods).

So yeah, Apple-free for the most part, except when I have to steer Mac students to Windows or show them how their calculations or programs are wrong for those that use a Mac.

So yeah, Apple-free for the most part, except when I have to steer Mac students to Windows or show them how their calculations or programs are wrong for those that use a Mac.

All very sound reasons. Just, well… it’s not the first time. Or the second. Or…

I say this in jest – it’s been entertaining, and it’ll be sad to see it end. My own Mac(ish) use outside of work is down to mostly an iPad Pro + kb sitting next to my Windows PC (Ryzen 3950X). Once the ARM Macs come out, we’ll see how it compares to the iPad as a side-companion.

I thought for a second there the watch S6 was somehow going to measure blood glucose for diabetics, which would make Apple a gazillion dollars.

Seems like the rumors where spot on. Blue case and blood oxygen. Didn’t hear about the red and graphite versions though.

Curious what the “one more thing” will be. Not phones. ARM laptop?

They don’t always do a one more thing, my guess is it’s just the WS6 and the ipad air.

Yeah, but I can’t believe they did a show for a minor watch and regular iPad update. Surely something bigger is coming?

I do love the woven band.

Lots of new bands. Seen a few I like.

And the new leather bands look horrible. They leaked last year, was scared they were real. They are.

Oh, and the apple watch SE too.

Not sure how many even $200 smartwatches they’re gonna sell for kids, though. Probably $300, and $10/month, as it needs cellular service.