Ok, Apple TV+ has been a dud for me so far, but to be fair I haven’t actually tried to watch some of their shows yet, I’m just going off the negative reviews they’ve gotten.

And hey, maybe that was a bad idea. Here’s a show I like: Ted Lasso. And yes, it’s also getting pretty mixed reviews, but I really like it so far.

‘Ted Lasso’ is Apple TV+’s most likable show yet

Despite being constructed almost entirely of tropes and clichés, this breezy comedy is the kind of show anybody can enjoy.

I just wish I’d waited until they were done with the season though. I really hate waiting a whole week for a new episode. 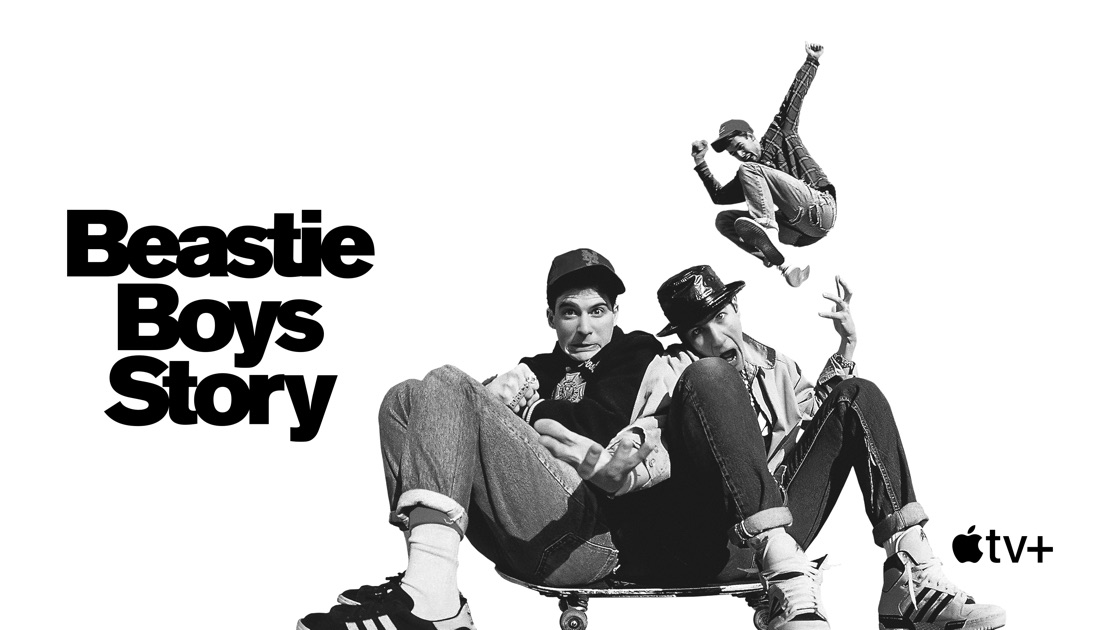 Here's a little story they're about to tell... Mike Diamond and Adam Horovitz share the story of their band and 40 years of friendship in a live docum…

I thought the Morning Show was good. It takes a long time to get going though.

Mythic Quest was also…good? I kind of liked it, but parts were a bit tedious.

Greyhound got mixed reactions here, but elsewhere online people seemed to like it for what is. I enjoyed it.

Nothing has been a must watch, but I haven’t seen anything bad either. I may pay for it eventually due to the bundle coming soon.

It wasn’t great, but man it nailed the feeling of working at an MMO game development studio.

Nothing has been a must watch

For All Mankind is, IMO, a must watch. One of the best shows of the year.

The last episode of Amazing Stories was pretty fun adventure, and made me feel good about people more than I thought it would.

For All Mankind is, for me, the sort of thing I’ve got to watch even if it’s not always great. The concept is too cool. (That’s also what I said about Ad Astra though.) The next season looks to have high potential.

I enjoyed Mythic Quest. That’s all I’ve watched so far.

For All Mankind was OK, but only because SPACE, and just barely then.

Press images and information for “Tiny World” on Apple TV+.

Never heard of that, since I don’t have Netflix. Hopefully it’s nothing like that (but watching the trailers they look very similar). Tiny Creatures isn’t a real documentary apparently, everything is scripted and heavily edited. It was also panned with people saying it was animal abuse. There isn’t much info on Tiny World, but they seem to be claiming it’s a real documentary.

Long Way Up is out today, and so far so good. Ewan McGregor and Charlie Boorman riding up through South and Central America on electric bikes with electric trucks as support vehicles. Bikes are and trucks are prototypes and the charging stations were built just for them since they can only go about 100 miles on a charge. Should be interesting.

Press images and information for “Long Way Up” on Apple TV+.

I saw this appear and decided to start with their 2004 trip east from London to New York, The Long Way Round. Just binged the first 3 episodes and it’s a total blast! I look forward to working through the 2004 trip, 2007 trip down through Africa, and now this one. Strange that you almost never hear McGregor’s actual accent in the movies.

It’s becoming harder and harder to find Apple TV+ content in the Apple TV+ app. There used to be a Apple TV+ “channel” near the top that you could select, and only see their content. But I don’t even know where they’re hiding that now. When I checked yesterday, all I saw was Star Trek Discovery and other shows that are famously NOT AppleTV+ shows cluttering up the app. I wish it was easier to find their meager content.

You don’t have this widget? (Apologies if we’re talking about different apps or setups.)

I select TV+ there and can see everything on one page. It feels like a page I should be able to somehow bookmark, though. I can feel the disorganization.

Yeah, that’s what I was looking for. I was able to find it easily in the past, but it gets hard to find sometimes, they tend to move it around in their Apple TV app.

Just got a message that my free year has been extended to February. Hope that’s long enough for S2 of For All Mankind, as I can’t see myself paying for this.

I find myself watching more and more Apple TV. Nothing is amazing, but nothing has been bad either. With the bundle, I will be happy to keep it around.

Tiny World has been disappointing. It’s beautiful, but it’s very scripted, and they use some special effects. It’s a very light nature show that is probably good for kids.

Just got a message that my free year has been extended to February. Hope that’s long enough for S2 of For All Mankind, as I can’t see myself paying for this.

So if you’re already getting CBS All Access you can look at it as you’re getting Showtime and AppleTV+ for $5/month.

I’m not sure if there’s much point on CBS All Access if you’re not into Star Trek though.