stop posting in this thread… just cleared up some space may have to reinstall. Damn you all.

I believe you posted this before, but it still fits. 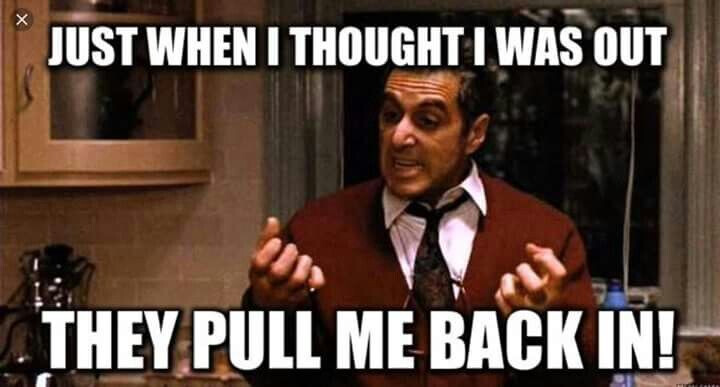 I am looking at the new map and trying to figure out where I want to start. Looking like First Island North or Second Island South so far. Hoping to log in tonight.

stop posting in this thread… just cleared up some space may have to reinstall. Damn you all.

Welcome back to the fun. A raptor will be eating your face, shortly.

I am sure I let my previous base collapse and my poor dinos expire due to lack of electricity so I may start out with another fresh character on the new map.

I have bases from years ago still on the cluster. You’re old pets should still be there on the server you were on last when you need them. If you have any difficulty, let us know.

I don’t think I’ll reroll as level 1 but will jump on the map this weekend once I’m back from a work trip. I can’t wait. I’ve been going through really old games of late so why not add Ark to the pile, right?

I’m not starting from scratch either, as I’d like to do a bit more endgame stuff this time round. I came to the new map with a few builder dinos and a wyvern. So not quite roughing it =)

Hmm, I sort of want to do both, if that is possible. Can I make a new character on Fjordur and then bring my Gen 2 character over later too? Or will that cause some conflict and delete one of them or something?

I still had a couple hundred gasoline in my generator so my dinos survived on my Gen 2 base. If I decide to bring him over, how do I travel off of Gen 2 to another map again? It doesn’t have the normal beacons, so wondering how to jump maps from here.

EDIT: I think I am just going to make a new character and I am good with that. If I need help later, may ask for some good dinos to help me get going, or help transferring some from my other base. Home from work today so may as well get to dying!

Hmm, I sort of want to do both, if that is possible. Can I make a new character on Fjordur and then bring my Gen 2 character over later too? Or will that cause some conflict and delete one of them or something?

You can, when you bring your old character over it “overwrites” you new one since it’s based on the Steam user ID. Your stuff (dinos and facilities) will still show being owned by someone else, but there are a couple of fixes for that using admin commands:

There is also an easier way so if you think you want to play for a while as a noob before transferring your big character over, here is a recommendation:

If I decide to bring him over, how do I travel off of Gen 2 to another map again? It doesn’t have the normal beacons, so wondering how to jump maps from here.

Any of the huge (red/green/blue) obelisks have a transport pad in the middle. On some servers, the loot or supply crate drops have the transfer capability, on other servers it’s the city or mission terminals.

In a pinch you can also just spawn a Tek Transmitter and put it at your base:

This does not permanently give you that engram, it just allows you to use it for that play session I believe. Which helps so you can spawn in a Tek Transmitter and use it. The transmitter requires NO FUEL.

Thanks, Skipper! Got killed by the new dino already.

Is there a clan I should belong to on the new server? I’m not sure if clans carry over or not?

Clans don’t carry over server to server but feel free to make one and invite as needed.

Got a small base started. Up for a new clan whenever we can get it going.

Question for you guys: Do you use incubators, or just the S+ hatchery for rearing your young?

Where is your base, Fozz? I am on the northern shore of the SW island. I hope to play a lot this weekend for sure.

I started over and got to level 66 yesterday. I got a 3x3x2 wood building with a 3 high fence surrounding it. Died once early on to an Andrewsarchus and narrowly avoided dying to cold the first night. Other than that, been mostly smooth sailing so far. Got a forge and smithy up and a set of metal tools and weapons and working on tames. Got a couple Ptera, trikes, one raptor and one parasaur. They helped me fight off the next few predators that came by. My problem now is an alpha Carno that has been hanging around, but I believe I managed to lure it far enough away for now.

I really wish I would have smashed open those crates in the shallow water right away. Those can contain a nice early surprise for a new adventurer!

EDIT: Oh, and to answer your question, I have never used an incubator before. I never got that far along and have only used the S+ hatchery before.

I parked in this area. It seemed kind of in the middle, and it is a little slab of land between two river islets with some cute bridges leading to it. It is also close to the sea, which I wanted for more water exploration. 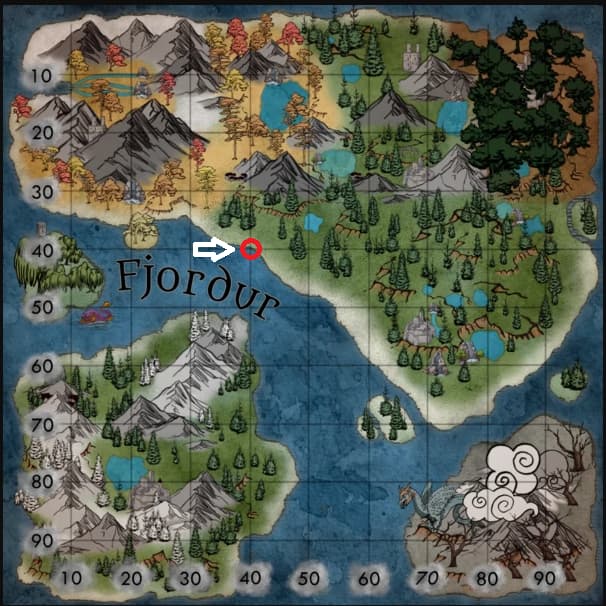 Question for you guys: Do you use incubators, or just the S+ hatchery for rearing your young?

I’ve never used the incubator. The one time I looked into it, the drawbacks seemed annoying, like not being able to hatch great variance in egg types within it due to it keeping one temperature, etc.

The S+ hatchery, on the other hand, automatically picks up eggs (not sure if the incubator does,) and I’m a lazy Ark player, so that’s right up my alley. The combo of the hatchery and nanny is a good goal early on and I guess I’ve done it so many times it’s kind of stuck as part of the process at this point.

Good deal! I am right across the water just west of the mountain range… for now anyway until I can find a more permanent base location (if I do).

It is so nice to have everyone on the server again! Boy, I bet we have room for one or two more? =)

Question for you experienced types:

I grew some species X, and was going to pick em up and place them around the base, but I can’t place the thing it just says “no ground or snap point” even though all I did was select it?

Any thoughts what I did wrong?

Semi-related to what started it all for some of us, and probably a lot of the devs as well, my wife and I went to see the original Jurrasic Park last night. It holds up quite well for a 19 year old film.

But more than that, it’s pretty awesome to watch when the local symphony plays the John Williams score along with the movie!

There were tons of people dressed up as characters from the movie, a few of the restored Jeeps from the movie out in front, etc. What a great time! My wife ribbed me every time I mumbled a dino name.

Downloading as we speak you evil bastards.