Arkane revealed Prey (2017) at Bethesda’s E3 conference. Trailer here. It’s running on Crytek, the protagonist Morgan can either be male or female.

In Prey, you awaken aboard Talos I, a space station orbiting the moon in the year 2032. You are the key subject of an experiment meant to alter humanity forever – but things have gone terribly wrong. The space station has been overrun by hostile aliens and you are now being hunted. As you dig into the dark secrets of Talos I and your own past, you must survive using the tools found on the station, your wits, weapons, and mind-bending abilities. 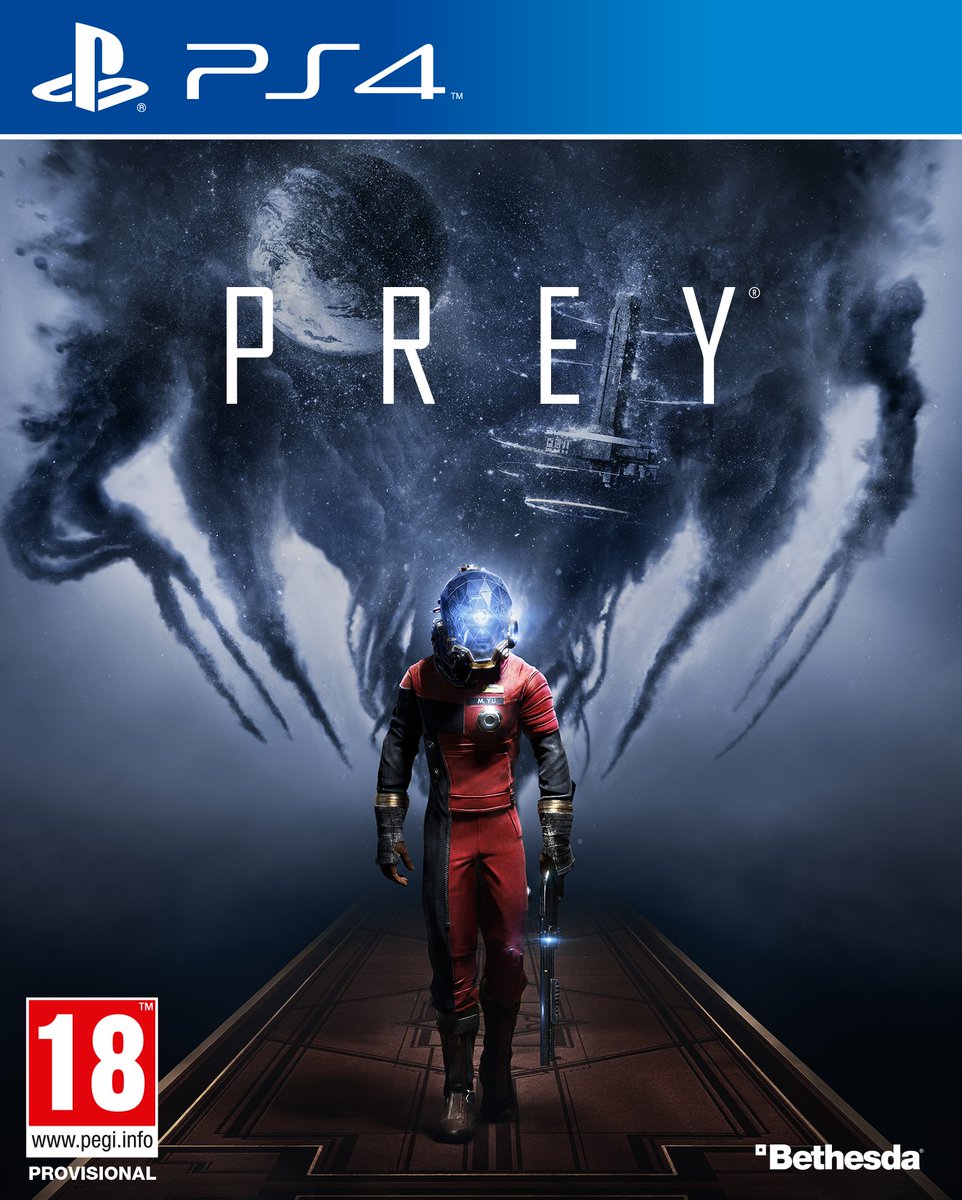 CkzWRjfW0AAnISV.jpg962×1200
Confirms that Kotaku’s leaked emails from a few years back were real (notice the playful nod on Raf’s shirt?).

I think it looks interesting, but why even use the Prey name if it seemingly has no relation?

I think it looks interesting, but why even use the Prey name if it seemingly has no relation?

I think it’s solely because Todd Vaughn, VP of dev at Zenimax, convinced Bethesda to pay a lot of money for the licence in 2009, and they have yet to ship a game with it. Probably an element of pride, too.

Psst, nob-end, that’s pretty much what a fucking remake is. FFS, marketing.

Not to be a dick, but what’s exciting about it? We didn’t even get any gameplay, right?

Not to be a dick, but what’s exciting about it? We didn’t even get any gameplay, right?

I just thought I would create a thread since the game’s been officially announced. Gameplay debuts this August at Quakecon.

A few other details: Talos 1 is totally contiguous and traversable, ala SS2, rather than discrete levels. Lyin’ Pete Hines on the essence of the franchise: “Prey is about aliens and being hunted,” and wait and see on portals. Chris Avellone’s one of the writers on the game, with Ricardo Bare and Raf in charge of the narrative overall.

This will probably turn out decent and I’ll likely enjoy it, but the Human Head Prey 2 concept was more interesting. We’ve gotten a few SS inspired games at this point and even have SS3 on the way from the folks at Otherside.

[quote]
“Prey is not a sequel, it’s not a remake, it has no tie with the original,” says Raphael Colantonio, president and creative director of Arkane Studios. So, then, what exactly is this newly announced game? The E3 2016 announce trailer gave a glimpse into the world that Arkane is creating for Prey, but since its debut fans have been eager to understand what makes this both a Prey game and an Arkane game. In a candid chat at E3, Colantonio shared his insights into Arkane’s philosophy of game design, along with new details about Prey’s gameplay and story.[/quote]

True, but you get to see Arkane Austin push Crytek to its limits! Some details from the Quakecon exclusive presentation:

[quote]If I had to describe Prey 2 I’d say it’s like Dead Space plus Dishonored plus who cares this franchise has no identity fuck it let’s party.

Prey 2 has a lot of RPG elements and deep talent trees. Was not expecting that.

Prey 2 has a glue gun. You shoot it at enemies and turn them into glue. Ok.

In Prey 2 you can turn into a coffee mug to get through tight spaces disguised as a coffee mug. Ok.

In Prey 2 you can also use your Gloo gun to make stairs and such. Out of glue. Ok

[quote]
Seeing Prey gameplay now. Dude is wielding a wrench, which lends this whole thing another level of Bioshock feel. But “weapons are rare.”

The aliens in Prey can become objects like furniture. Could be a good way of messing with players.

One glance at the game’s RPG elements and I’d say that this new Prey is clearly more like System Shock than the old Prey.

Oh snap, like the aliens, you can get the ability to turn into objects. They just showed turning into a cup to get through a small window.

They then used a glue gun to scale a wall. Looks like there could be some cool environmental puzzles in #Prey. #QuakeCon

You can also chain powers together. After using Mimic to become a small object, you can use Kinetic Blast to get yourself up high.

Now there’s some antigravity stuff in space (complete with thrust ad O2 meters). This is the only thing that’s even reminiscent of old Prey.

The space station where #Prey takes place is one big, open world. I wonder how guided the experience will be.

“That game is crazy fun to play and it’s given me an irrational fear of trashcans,” says @DCDeacon[/quote]

I don’t understand why/how the player turns into a cup to get through a crawlspace. I try to keep an open mind, but that sounds dumb as hell.

It sounds like a repeat of Dishonored’s possession ability, except this time there will be a sci-fi/psychological justification for why you and the headcrabs can possess inanimate objects.

Looks fantastic. I love these immersive scifi games like SOMA or Alien Isolation. Having one with more emphasis on gameplay by Arkane, on Cryengine…sign me up on day one. Arkane is Bethesda’s crown jewel.

I hate how so many people are bitching about the name. The word “Prey” could describe anything, sounds cool, I am not surprised they went with it. Who cares if it is completely new game and not sequel/remake/reboot.

That said, yes in an ideal world we would get the original Prey 2 by Human Head and this game by Arkane as well. Too bad Zenimax fucked Human Head over.

Can we play the entire game as the coffee cup?

And yes, I know Bioshock was System Shock underwater, so this is pretty ironical, but really, the presentation has reminded a lot to Bioshock, and I don’t think it has been an accident. Things like the health bars, the font types, how it shows the options when looting, the power menu, etc.

Naming this game Prey does this game a disservice as it continually reminds me how much more fresh and interesting the cancelled Human Head game looked than this, which looks like a decent Bioshock clone.

The Human Head game consisted of one scripted chase sequence didn’t it?

It was a full game and at an alpha state when Human Head stopped working on it in November 2011.