Also, Guapo, you’re doing a real service to the Qt3 community. I just read the first several pages of the epic Xcom AAR and it’s amazing. Good on ya.

Seconded. What we need is for someone to kill two birds with one stone and do an XCom mod for this game! Alliance, resurrected…

The fact that ElGuapo started his scenario with 5 soldiers and a M113 reminds me strongly of how so many games of the old RPG Twilight 2000 started. Just sub out the zombies with being behind Russian lines with limited gas and ammo and it all works. Man that takes me back…

How long did it take for you to create the scenario, or was it bundled in the zombie mod?

Well, I went ahead and ordered ArmA Gold. I watched a few YouTube vids of this mod in action and I’m convinced. I need a good zombie fix. All the Source ones I’ve tried have been cool, but relied completely on multiplayer participation to work.

Picked up ArmA Gold from gamestop today ($40). Man ElGuapo that was a hell of a convincing OP there. I played enough operation flashpoint in my time so I think I know what I’m getting into. I’ve always planned to check out ArmA at some point but i guess it just slipped off my radar.

Have any of y’all tried the Zombie Panic mod that’s just about to get hosted on Steam? It’s a team-based MP game, but I’m interested to see how it plays out in comparison to this.

I went into that with doubts, but I like it. It doesnt have the scale of this, but it has polish, and playing as zombies… well, kind of sucks ass, but it fits.

If my house wasnt wired so shittily I’d have a halloween lan with both of these and movies, but 90% of my wiring is form 1970. And I have friends coming in that dont game, so thats out.

A pic from tonight’s single player session . . . Dawn of The Dead! I fooled around for a few hours tonight and made a single player and multiplayer mission of sorts. To play it, you’ll need the mod linked above (and I think the other script mod mentioned in the link).

Anyone know of a free host I can put the files on? They are both really tiny. I’ll have to give the briefing/objectives here, since I don’t know how to do that in game (there are no triggers or anything, I messed around with them but couldn’t get them to work).

I estimate there are about 300 zombies to fight, spread around two towns and the countryside. Ammo caches, vehicles in various states of low fuel, civilians fleeing for their lives, all that fun stuff. I even threw in an opening scene of sorts right at the beginning to set the mood and show you what it looks like when a human gets eaten. :)

Let’s get a game together this weekend! Note I have Vanilla Arma, not Gold. Not sure what the difference is.

No image seen. And damn, it all sounds rather fun!

Awesome!
I’d like to join in some zombie goodness if my ping doesn’t kill everything…
I’m busy grabbing the patches and hope to look into making a scenario.

Wow. I seriously wonder if Valve is at all concerned about “Left 4 Dead” in light of a bad-ass mod like this.

Do mods work with the demo…?

Edit: Also there’s a $30 non-Gold version at D2D and also on Steam…

Have any of y’all tried the Zombie Panic mod that’s just about to get hosted on Steam? It’s a team-based MP game, but I’m interested to see how it plays out in comparison to this.

I tried both Zombie Master and Zombie Panic some months ago, and while ZP has clearly the graphical edge, in both characters and scenario, Zombie Master was more fun, with a clear gameplay of “us vs lots of zombies”, most of them the classic slow type, trying to finish the level fighting as a team.

Screw zombies, I want to see an AAR from ElG using that Independence Day mod that’s out for ArmA!

To play it, you’ll need the mod linked above (and I think the other script mod mentioned in the link).

What other script mod?

The one that the game tell syou is needed if you dont have it, it gives you the name extended something something

Yeah, basically the mod linked above (CZM), to my knowledge, uses some in game assets and some custom scripts mod (mentioned on the page linked to) to do the zombie arm swing, chomping on freshly downed humans script, and the resurrection script. As in, after eating for a bit, the attacking zombie stands up and the dead guy reanimates (stands up and starts staggering around). It’s pretty cool to watch, even when it’s your dead body. You do notice, though, that they stagger around for a bit, stop, then stagger some more. The interesting thing about this is that the stagger makes it pretty hard to get a headshot, so sometimes it’s best to wait for them to stop moving. Sometimes, alas, that’s not an option.

Last night I had two pants crapping moments. I was coming up this sidewalk and spotted a half dozen zombies coming down the path at me. I line them up and start slowing picking them off with a zoomed in rifle. I’m hearing “grahhhs” and “rawrs” and chomping noises, but you can’t always tell where they are coming from. When I’m finished killing them all I hear a really loud “RAWWWWR!” just as I turn to see another one had come up behind me. AHHHHHHHHHHHHH! Fire fire fire fire fire fire.

Another one was when I was near a church and saw this guy standing there. I’m not sure if he’s human or zombie, as I have it set up that there are some random civilians that spawn, sometimes (percent chance to spawn) and in a random location. So I go up to him and he’s looking at me. I’m thinking . . . “Are you ok man?”. Then I notice there is blood on his arm. Just at that processes he goes “Hisssss!” and takes swipe at me. Ahhhhh! Mother-fucker!

In this scenario I also have a (very small) chance for some (very few, like 3 maybe on the whole map) actual badguys to spawn, as in armed opponents. I’m hoping this will lead to further tension, as you never know what the darkness holds.

eliandi, for your question, that first scenario took about 5 minutes, max to create, and they have a jump in option in the editor so you can play immediately.

It’s really too bad I don’t know scripts/triggers very well as it’d be fun to mess with some of that stuff . . . calling in a convoy for support, or a chopper extraction, or stuff like that.

As soon as I get home tonight I’ll try hosting the missions somewhere, both the single and multiplayer version (the only diff being that in the MP version there are 4 spawn points/playable characters that you can turn on/off in a MP game as AI buddies).

Testing to see if this host works . . . an awesome little comic created for my X-COM AAR.

Dammit, I couldn’t help it and just bought ArmA off D2D.

Yeah, basically the mod linked above (CZM), to my knowledge, uses some in game assets and some custom scripts mod (mentioned on the page linked to)

But there’s absolutely no mention of any “custom scripts mod” on that page. It only says “If additional addons are required for this file to be used you can find a link to them at the end of this page!”, and follows up by providing some 30+ links.

But if Moore is right, and the game tells you what’s missing when you try starting it, then I’m sure there will be no problems figuring it out. I just don’t have the time to try it for myself before Sunday, and I’m just very sceptical of that “it will be up and running in a few minutes” statement (since I’ve previously only played the ArmA sp campaign).

http://www.armaholic.com/page.php?id=3330
so on the zombie mod page I see this at the top:
Required Addons: Extended eventhandlers (xeh) by Solus & Killswitch

Extended eventhandlers has no pre-reqs so I’m guessing those are the two we need.

and some tips on installing:
http://www.armaholic.com/plug.php?e=faq&q=18

and you might need to patch your game first to the latest version which it seems to remove the disc check yeah! 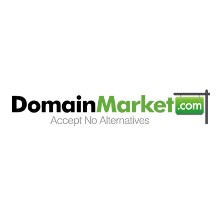 I think that’s it. I haven’t tried any of this yet. Maybe I’ll find time tonight to actually open my copy.

yup, the xeh thing is the extra one needed.

Hey, Guapo, can you give a brief little tutorial on how to make a mission? I haven’t the foggiest idea how to use the editor to place anything other than a single zombie at a time, and that’s MURDER, time-wise.

EDIT: Okay, I found a few resources for editing, including a sweet tutorial HERE. It includes this handy info:

A few hints: holding LMB and SHIFT on a unit allows you to change its azimut. You can use CTRL+C and CTRL+V to copy and paste units. This allows for faster placement - note that you have to select a unit before being able to copy him.

Using this info I created a Group, zombified them individually, and then pasted them all over the map. I suppose I could have changed the Groups likelihood of spawning and so on, and THEN pasted them everywhere, but there’s a lot to learn…