I may have missed the memo but, Equis are you working on the game or just really well informed?

Where’s the giant snowy mountain? He must be up near Mt. Washington, in New Hampshire.

I get the impression he’s not Native American, he’s wearing a lot of blue and killing a red coat, also the axe is hollow in the centre, much more in line with the design of the Assassin’s logo.

The feather on the axe and the bow maybe hint that the Assassin’s may have spent time with the Indians (you know to learn how to live in the New World or something). 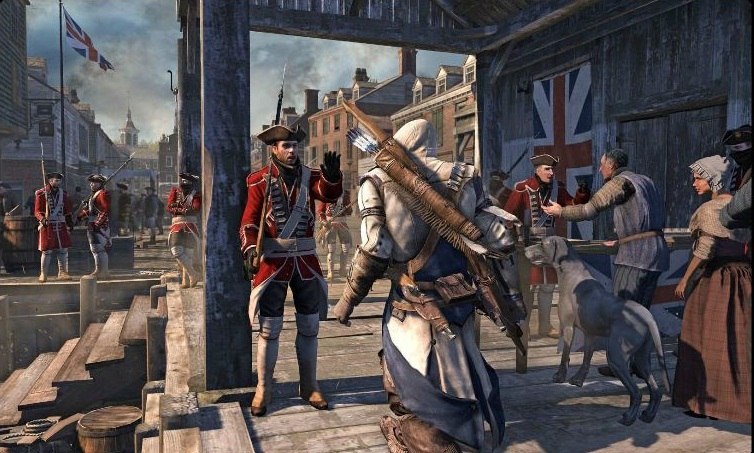 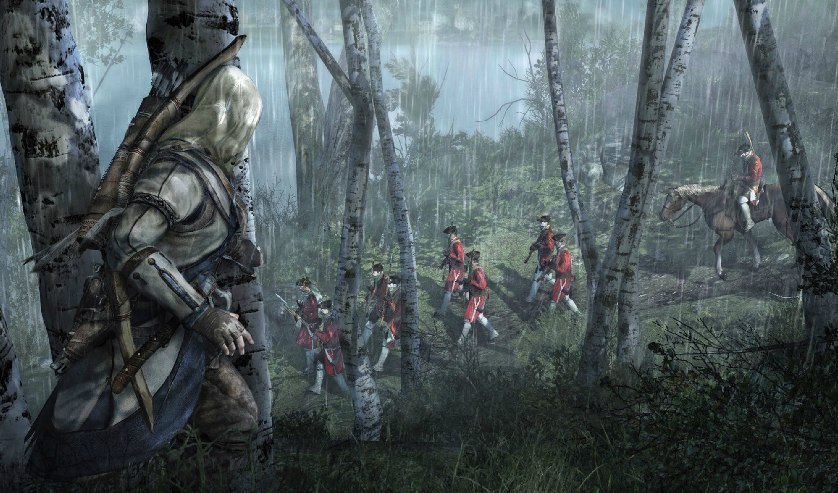 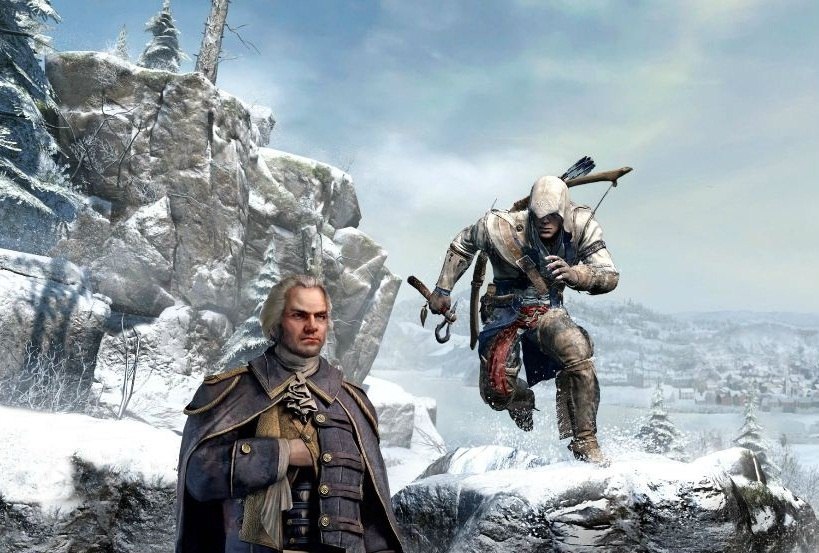 This is gonna be nuts.

You could understand the assassin’s robes in 1200. You could kinda-sorta give them a pass during the Renaissance. In 1776 it’s what. the fuck. are you wearing. Love the chaps, though.

I am officially excited about this.

As long as it channels Last of the Mohicans . . . which it appears to do.

You could understand the assassin’s robes in 1200. You could kinda-sorta give them a pass during the Renaissance. In 1776 it’s what. the fuck. are you wearing.

That’s my only complaint with the imagery so far. The assasin outfit is so incongruous during the Revolutionary period, especially in the city shot, that it’s almost surreal.

Still, it makes for good woodland winter camo I guess: 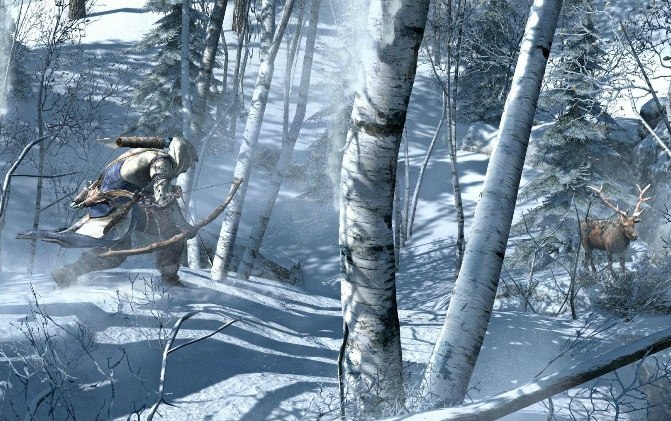 I’m glad that, after Skyrim, publishers are taking notice of the frothing demand for elk hunting.

Also: these screens are amazing. I already want to get my hands on the game. This is from someone who has so far skipped Revelations due to Assassin’s Creed fatigue.

The assassin’s garb doesn’t really bother me all tha much, mainly because it does look more like a long coat and matches with the snow.

This is from someone who has so far skipped Revelations due to Assassin’s Creed fatigue.

Ha! I skipped it as well, for the same reason. I just got tired of Ezio and the Italian theme. It’s good to see something different.

Also, my Patriot joke came true with the screenshot of the ambush in the woods.

I never got all that into AC1 or AC2, but I might just have to give AC3 a try just for the interesting setting alone. I don’t know why, but setting it in colonial America sounds 100 times more interesting to me than a generic medieval setting.

Well when you think about it, what games are set in that location and time period? That aren’t war games, I mean. I am intrigued by the novelty of the idea too.

They’re already leaking this stuff. Then yeah. I’m working on the game. It will be released on 30th October. You guys can find out more on 5th March when the game is officially announced and talked about. I can however, leak this video.

I’m super excited about it, and I’ve been banging my head on it for a while already yet.

If this spawns an AC2-style sub-trilogy, I would be OK with that. Tons of interesting stuff in the late 1700s/early 1800s. AC3: American Revolution, AC:Fraternity: French Revolution, AC:Rebirth: Mexican Revolution. With a sidequest to visit England and romance Jane Austen.

I’m actually excited for this.

I can’t remember the last time I was excited for a game. :(