In a very minor nitpick about the expansion, I’m a bit annoyed that the map has clearly just had a first pass through a basic photoshop filter to get the obscured effect, and also that it boots you back without giving you a chance to complete the treasure hunt (mind, most of the epic gear is a bit cursed) 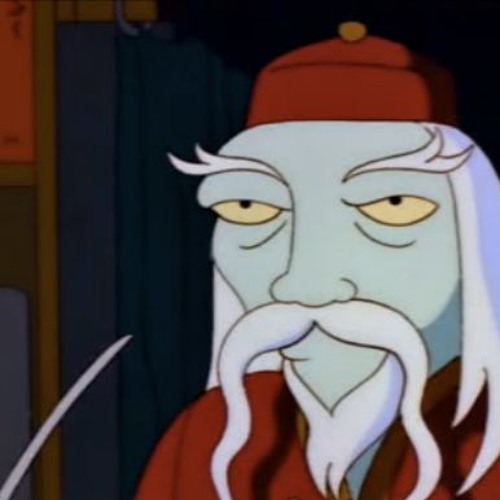 It makes the games ten times more immersive to me. If I try to believe I’m a Spartan, I’ll never believe it. But to believe I’m in a virtual simulation playing as a Spartan? It really helps make it feel authentic and believable.

To me that’s an extra layer that I usually don’t need in a piece of fiction. Like reading a book about a guy reading book, or watching a movie about a guy watching movie.

But isn’t the Animus supposed to be a 1:1 representation of things as they truly were? If so, you’re genuinely supposed to believe what you’re seeing and doing, even though it’s basically a videogame.

I’m not sure they’ve ever done a Devs-style walkthrough of how the sausage gets made. I always assumed that these were accurate simulations based on memories extracted from someones DNA.

Did you play through the first game? A lot of this explanation is from the first game, but basically the animus is used to explain all the things we normally associate with games that are not there in the real world.

For example, why does your character have a health bar? In the animus, that’s a synchronization meter. If you get hurt in the simulation, which Altair didn’t do in his DNA memories, you’re less synchronized. If you take enough damage, you lose synchronization completely and have to go back to an earlier point in the simulation when you were fully synchronized. What about HUD elements? Those don’t exist in real life. It’s because those are displayed by the animus. How come you can’t see as far as the eye can see? How come you can’t enter that region over there yet? It’s because the DNA memories from this particular period only have memories of this area, the other area is therefore “in fog” in the animus. How come you can only do a limited set of moves instead of being able to fight fluidly like in real life? Because that’s the Animus approximating the moves that Altair did. Why can’t you kill civilians? Because Altair didn’t kill any, so by doing so, you’re losing synchronization with the DNA memories in the Animus. How come climbing to the top of a tower unlocks more tasks and map areas? Because Altair climbed those towers, and being in close synchronization with his DNA memories unlocks further things for the Animus in his DNA memories.

There are many other things like that, the first game is chock full of them, explaining nearly all video game conventions away, explaining how they’re only there because of the animus and the DNA memories.

But isn’t the Animus supposed to be a 1:1 representation of things as they truly were?

Actually no, it’s a 1:1 representation of things as the subject remembered them. Which in my opinion has always made the Assassin’s Creed games much more interesting than just being historical tourism sims, though that’s also interesting. But, being recordings of memories makes the games colored by the biases and beliefs of the the subject, and is also another way they can sneak in things like gods and monsters without really cheating.

I managed to get to the end of the main story line, but I don’t have the stamina to go after the remaining cult members. I am glad I went back and restarted it after playing 10 hours or so at release. I was never that into the first several AC games, but after the one in England, Origins, and Odyssey - I’ve really enjoyed the characters and story. The environments and atmosphere are all great too. I like the game play up to a point but I always get fatigue well before the end - even skipping much of the side content.

I played on Hard, in exploration mode and turned the icons off. I don’t just like running from icon to icon. I did turn them on towards the end when I just wanted to finish. I started some of the DLC quests, but they will just have to wait until I possibly return at some point.

I’ll have to return to the Viking one too. I put quite a bit of time into that one, but that character and story aren’t nearly as good as the three I mentioned above.

@Rock8man @divedivedive Ah, that clears things up a bit. Thanks for clueing me in!

To me it’s a strange choice in terms of the fiction, but I see how it serves to explain all the “videogame stuff”.

I played through the first one, the second one, maybe a quarter of the third, and all of Liberation - but I was pretty much always rushing or skipping through the modern day scenes. It’s very much not my bag. I’m there to see Tyre and meet the hashasheen and stuff :)

I am getting back into this after reading The Iliad and The Odyssey, which I am halfway through. May I say that as a sequel, The Odyssey delivers? It’s The Empire Strikes back to Star Wars.

How is the pronouncian of ancient Greek places and people in this game? They are so much different than how I have been pronouncing them. For instance, Diomedes is one of the conquerers of Thebes, which I always read as “Th-ee-bs”. But a character just pronounced it as “Thee-o-bee-a”. How did they know how to prounounce all these ancient names? Is there a method or is it just based on modern Greek?

I would guess (hope?) they consulted classicists who can at least offer an educated guess as to how Greek would have been pronounced at the time of the Peloponnesian War. Dunno, though.

Some of the pronunciations did surprise me. Euboea is pronounced “ev-BEY-ah,” which was news to me. I just pronounced it in my head as it reads in English, something like “you-BOW-ia.” I just assumed the folks making the game were more knowledgeable about it than me. Which isn’t exactly a high bar to clear.

I think a construction like ‘Thebes’ may also reflect a later anglicization (?) of the Greek. According to Wikipedia it is originally spelled Θῆβαι, (Thêbai) I wonder if that’s anything like e.g. Napoli > Naples. Note: IANAL*

*I am not a linguist

*I am not a linguist

Thanks for clarifying, I thought it was a sex thing.

Man, careful with that joke, it’s an antique from Ancient Usenet.

…but how is it pronounced?

In the one year of ancient Greek I took, there seemed to be a “standard” pronunciation for ancient Greek that is definitely not how they said it but rather comes by way of Latin and how many Greek names were Latinized and then Anglicized. And then there’s the “best guess” version that’s maybe closer to how they said things based one whatever clues clever people can find.

…no idea what the game went with, though. ;)

I dunno… @JoshoB any insight here?

Also, I got my wife to watch Ulysses (the Kirk Douglas one) the other night and I have to say, it was pretty good. Douglas (and everyone else) speaks Italian throughout, and it looks look it put the Delaurentis family (and Dino) on the map. The whole thing is filmed and lit very play like. It looks to me like they actually built a ship for the movie (as well as some models of it). Pretty neat.

When Circe is introduced, she was not super familiar with that part (moreso the Sirens and Cyclops) and I explained she was Helios’s daughter and her sister gave birth to the Minotaur. She goes "So wait, the Minotaur is her nephew?

Yes, I guess he was. Had to laugh at that one.

I am getting back into this after reading The Iliad and The Odyssey, which I am halfway through. May I say that as a sequel, The Odyssey delivers? It’s The Empire Strikes back to Star Wars.

Ha ha, that means The Aeneid is Return of the Jedi. Suck it, Virgil!

Most of the Greek names/words in Assassin’s Creed Odyssey are pronounced following modern Greek conventions, not ancient Greek. So, IIRC, Euboea is pronounced EH-vee-a, except in those instances where it’s Latinized anyway.

Handling ancient Greek is always tricky. Every scholar usually has a disclaimer at the start of their book(s) in which they apologize for being inconsistent. For my PhD, for example, I figured sticking as close to the ancient Greek was the way to go (so my subtitle featured “Mykenaian” instead of “Mycenaean”), except in cases where this would be silly (e.g. Athens and not Athenai). Ugh. I’ve since gone back on this – because it tends to be confusing to those not in the know! – and stick with forms that are most common in the English language, which tends to be Latinized forms (so: Apollo, not Apollon, etc.). I am also ignoring differences between short (omicron, epsilon) and long vowels (omega, eta): in Apollon, the second O is long, for example.

Anyway, when it comes to pronouncing: there are certain rules that a Classicist is probably better able to answer. For the most part, koine Greek is used as the standard in scholarship, which is mostly based on Attic, but from the Hellenistic period. But already in the Hellenistic period, we can see, from misspellings etc., a move to “iotification”. If you listen to modern Greek, there’s a lot less variety when it comes to vowels/diphthongs, because a lot of sounds have been turned into “ee” (iota) sounds. Hence, “hoi polloi” doesn’t have the “oy” sounds anymore (oy, guv’nor!), but sounds like “hee pollee”. Other diphthongs have also become simplified, like alpha-iota now sounding like a short E: “kai” is now pronounced as “keh” (and if it’s in front of a vowel, as “kj” and connected to the following word).

But from what I remember from the game, they mostly stick to modern Greek. A lot the Greek that you hear when going through towns and villages, for example, is entirely modern. “Malaka” is a good example; as far as I know, it’s use as a curseword is purely modern usage. (Again, not a linguist. But as a point of interest: the word does derive from an ancient word, namely “malakos” – when Hector’s lifeless corpse is dragged into the Greek camp in the Iliad, the Greeks make fun of him and say that he is “soft”.)

the word does derive from an ancient word, namely “malakos” – when Hector’s lifeless corpse is dragged into the Greek camp in the Iliad , the Greeks make fun of him and say that he is “soft”.

Not cool, Greeks. Have some respect.

This forum needs a like button. Have I said that lately?

Now if we could get a Belgian on the board, so I would know how to pronounce WWI names. Like HTF do you pronounce “Aisne”?

I think that’s only used in Wordle :)

If you use modern Greek pronunciation, except no H – I was trying to convey how the sounds changed, but modern Greek doesn’t aspirate. Should’ve made that clear. ;-)