Who. Is Building. All these. FUCKING FENCES?!

I assume that’s where all the spare dilapidated aquaduct stone went.

Cool side-quest in Essex, in tribute to a recently deceased singer. (Linked to avoid spoilers)

Not sure if posted as it is over a month old… But infos: 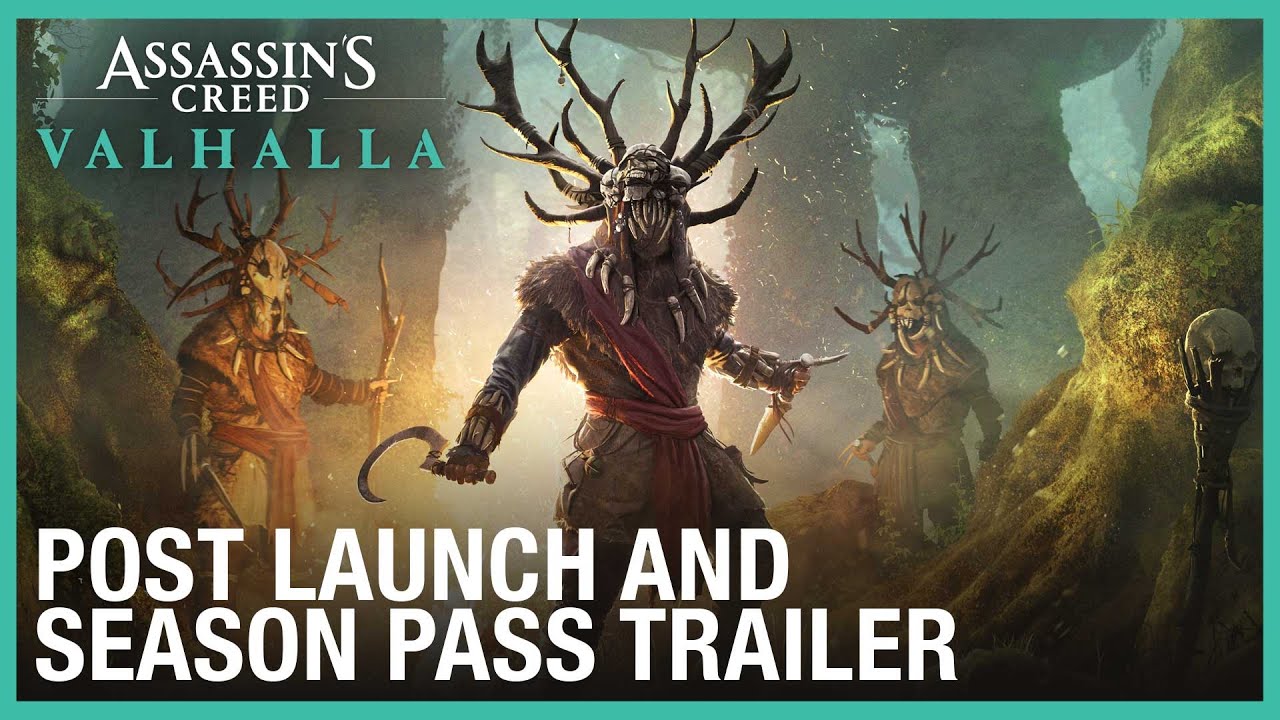 Glad to see this game will also be a Discovery Tour mode.

So @tomchick’s jomsviking showed up at the hold today, she’s not great at the ol’ social distancing during raids but she does wear a cloth mask every time we set out.

Uplay shows me 90 hours and 51% complete and fatigue is starting to rear its ugly head. I am glad I finally wrapped the Odin stuff at least. Still have about 6 big shires to go though. Odyssey took me 120 hours and I though that game was too big and overstayed its welcome by about 50. Valhalla is better but I do wish Ubisoft made smaller, denser games. They are no CD Projekt who can deliver both quantity and quality in equal measure.

Sadly, I have run out of anything to spend my money on. It seems like the economy expects me to care about tattoos and patterns for my longboat sail. Which I don’t, so if anyone wants my silver, they can have it.

How would it change this genre if you didn’t loot constantly? I feel like they’d have to come up with a new hook.

Less barrel opening animations, more blue dot story vignettes. I really liked the one with the kids in the tree.

I’m starting to get Pavlonian about the blue dots.

Ok, something like 80 or more hours in, and on to the final shire. But right before that, I had to endure an interminable episode, where you go with Sigurd to North Bumblefuck, in Norway, to visit what turns out to be an Isu temple housing a ginormous computer shaped like a particularly mean Yggrdrasil (mean as in it impales people and sends them into its simulation). There, you go through a Groundhog Day sequence in faux-Valhalla, followed by a ludicrous “fight” with Odin, where to “win” you have to unequip your axe so he can’t god-magnet you back (and of course, unequipping is not a simple task for some reason; took me forever to figure out exactly how to really unequip something). But wait, there’s more! After that, you get to fight Basim, who it seems is actually an Isu and for whatever reason now thinks you killed his son in some previous life I guess. There’s yet again another scripted fake fight where Basim floods the area with his stupid smoke bombs perpetually, and which only ends after you I guess do a certain amount of damage–or maybe just because–and then get Basim impaled on the nasty Mr. Willow tree thing. This kicks you out of the Aniimus, and back into Layla, who then goes back to that stupid temple in the present day, because that tree is a machine that is increasing the magnetic field, and oh by the way, Desmond turned it on to save the world but now you have to slow it down or something. Anyhow, that ends (finally) with Layla staying in the Matrix, er, the Gray, with something called The Reader, while back in New England…Basim is back! From the tree! And talking to the Staff! And apparently the main squeeze of Apasomethingorother, an Isu chick. But now he’s demanding to meet with the Assassin’s mentor, but meanwhile, he goes over to Eivor’s grave and gloats, before hopping into the Animus to essentially rape her memories in revenge.

Ok, not only is all of this basically incomprehensible, it’s horrible game design, worse in some ways than the damn Bliss sequences in Far Cry 5. Just dreadful, not fun, flow-damaging, and all in all stupid. Sheesh.

it’s horrible game design, worse in some ways than the damn Bliss sequences in Far Cry 5. Just dreadful, not fun, flow-damaging, and all in all stupid. Sheesh.

Oh man. Far Cry 5. Such an almost sandbox masterpiece. But those damn unskippable sequences! I have a particular hate for the timed runs. I can’t go back. 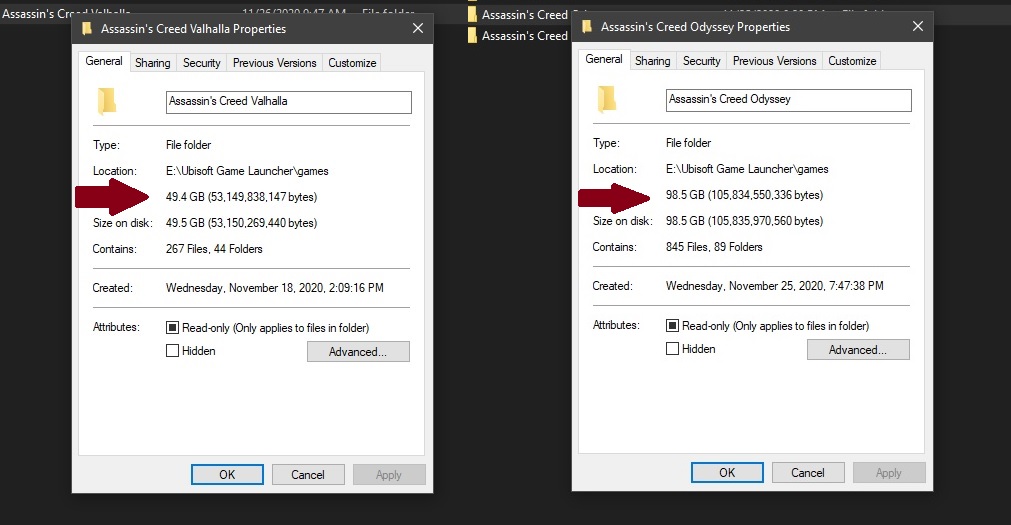 So spoilers about the end of the main storyline, obviously, but in response to your post:

Ok, not only is all of this basically incomprehensible, it’s horrible game design, worse in some ways than the damn Bliss sequences in Far Cry 5. Just dreadful, not fun, flow-damaging, and all in all stupid. Sheesh.

Well, I agree it’s horrible game design. Most of the scripted stuff is, frankly. But I did like the twist that Basim had been trapped in the Groundhog Day Valhalla sim – or whatever his equivalent was – and he had to lure Layla and the Resurrection Staff to the site to break free. That’s the game you’ve been playing up to that point! You’re being manipulated by a ghost in the machine!

So I wouldn’t say “incomprehensible” so much as convoluted. But nevertheless, the set-up for a cool twist. I’m not sure if it goes anywhere, since I’ve only finished the pacification of England story, so I don’t know what happens when you max out your settlement, kill the main Order leader, or collect the codex pages. Which I haven’t found a single one of, by the way. What’s up with that? :(

My hope is that something cool happens with the idea that now you’re Basim in the animus instead of Layla. Because I don’t think you can kill everyone in the Order or max out the settlement without finishing the storyline, and therefore triggering the Basim swap.

Odyssey is twice as good as Valhalla. Duh. :)

These new installation rules are so weird. 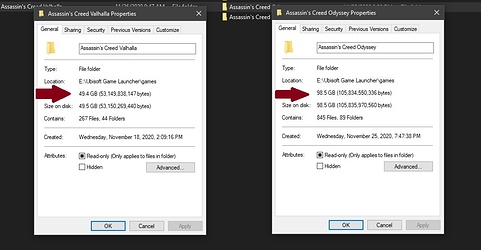 Maybe it’s the DLCs, and the Discovery Tour.

Probably, Odyssey is just an Ultimate Edition Black Friday splurge purchase. It might have tons of extra content now that I think about it and I sure do look kind of stupid now.

I have to say that I was an older-AC person and hated Origins and the open world change it brought, and I skipped Odyssey but Mr. Lufkin showed me that you can actually assassinate again (closer to the old style of games, anyway) in Valhalla and I’ve been enjoying that.

Tom goes on and on about Odyssey so I supposed I should at least own it for posterity. There will be a time when I get bored as heck and need an Ubiworld so that should take care of it.

The hardest thing about Valhalla are the drinking contests. I haven’t won a single one aside from the first tutorial!

You should really be playing Origins first.