Yeah I’ve wrapped up the entire Glowcesterscire Arc, finished the area and reported back to Randvi.
I thought “oh well it’s just a cosmetic bug” and I shouldn’t complain too much, but then I met King Alfred in the story arc in Winchestre and I just… nah. I don’t want to look like a dead skeleton while talking to the king.

Your playthrough is eventful when it comes to bugs.

Haha this is no joke!! I think I got them all! Do I get a prize?
Unlock the secret “you got all the bugs”-achievement on PS4?

Well I managed to lose my bug. After taking Randvi out for the day when i returned then the seer moved on, about 10 hours of play to get that to happen.

Where is an easy place to get fabric, i am getting frustrated with running out of arrows at the worst time and running round trying to find more so looking to increase capacity but never have any fabric.

Where is an easy place to get fabric, i am getting frustrated with running out of arrows at the worst time and running round trying to find more so looking to increase capacity but never have any fabric.

It’s a rare random drop. You get more of it as you start raiding and looting chests in the higher level zones (100+, I’d think). At level 300 or so, I have just fully upgraded my quiver and am 1 upgrade away from maxing out the rations.

Note that my fully upgraded quiver still only holds 5 predator arrows if that’s the kind you use. I originally thought that might increase too. But I have also unlocked the skill which means arrows never break and I can always retrieve them from my victims now. So I don’t spend a lot of time looking for more.

Cheers, I am level 90 so not far away, I am a bear build and like using the light bow to plink away quickly but you get through the arrows massively quickly, But it seems my next zone should get some stuff to level it up

Funny enough, with all the bugs I’ve had, it’s the hood-one that made me quit the game. It’s just a cosmetic one, but darn is it annoying. In every cutscene, Eivor is a talking skeleton.
Nope, I’m done with this til it’s patched or my PS5 magically arrives and doesn’t include this bug.

PC achievements are back!

Nice patch! Looks like the hood glitch is addressed with this one so hopefully folks can get back to their game if they were affected by it.

Nice. Shame I hope to wrap up this weekend tho. I’m like 80 hours in and ready to move on to other games. I enjoyed my time but it’s overstayed it’s welcome. It is possible for main quests to be too long and this one is guilty.

The lip synching has been totally fucked up. Talkers just sit around now without their mouths moving.

Yees! All my most annoying bugs are gone, including the stuck hood :) Back in the saddle!

For fucks sake, this was reported in Mid November and is still broken. 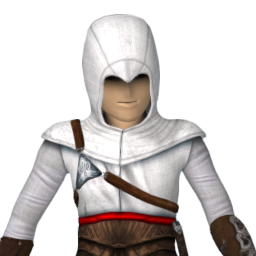 After bringing the jars to the builder, "Defensive Measures" does not progress...

Nothing happens when I bring the jars. I’m at level 93 now and don’t have the save game anymore. Will there be a fix for this or does this mean I have to start all over again?

Edit: Went back a save 10m before and it worked. Frustrating but livable.

Edit: Went back a save 10m before and it worked. Frustrating but livable.

I’ve gotten a habit of saving the game manually every (yes, EVERY) time I start a new world event or quest mission. It’s a nuisance but it’s saved me more than a dozen times.
It’s sad, of course, that this is necessary.

So. Who want’s to talk about how pissed off they are at the ending.

Gimme 2 days. Just did the Fenrir fight and am heading home for finale now

OK main mission complete. 98 hours 5 minutes That was quite a journey and I liked the ending. On to Fenyx. I may spend some more time here. I see how to get to Vinland, how does one go back to Norway?

Edit: Y button on map, got it. I will definitely do a few more towers and anomalies in between Fenyx down time.

Edit: Y button on map, got it. I will definitely do a few more towers and anomalies in between Fenyx down time.

Oh, you didn’t finish do the story arcs of the other areas before finishing the main story?

You’ll get a pretty interesting video of all the clips gathered if you collect all the anomalies (I read a few gaming reviews of the ending, especially about whether Loki/Basim is evil or not, which to me is quite clear he is. The anomaly-video gives some more insight on this, I saw a few people debating if Basim really is Loki since he wasn’t offered a cup, but the video clearly shows Loki going in there, killing one of the other gods (couldn’t make out who it was) and drink the drink and put on the mask in his place.

Also, about the good/bad intentions of
Loki: first of all, why on earth did Laylas friends not shoot him on the spot, already knowing he’s Loki and what he did? And WHY did they tell him the name of the leader of the Assassins? He’s obviously up to no good. He’s talking to his crazy lady-love in the staff, telling her how he’s going to “bring his family together” which is… what… a giant snake, a giant wolf and the queen of the dead?? For all we know, he wants the world to end.
Also - the evil laugh of his in the boss fight with Eivor. If that doesn’t YELL evil at you, then I don’t know what does.

I think you go too far thinking that Isu genes consume people. We see several people who are influenced by memory and personality of Isu in their genes. Some, like shaman’s mother and Basim, lose their mind. But in the case of Eivor and Sigurd it’s clear they’re still the same persons they were before. Basim was temporarily mad because of all the Isu nonsense but when Layla speaks to him he’s clearly better and had enough time to clear his mind in that VR sandbox of his. Even if he IS Loki what does it mean exactly? All we know he didn’t like Odin and maybe had a part in Isu downfall. But we ourselves are not fans of Odin. And we’re trying to stop Isu machine so someone who helped destroy Isu might be of help.

I think you go too far thinking that Isu genes consume people.

Hmm, you have a point here that not all of them exactly ARE the pure incarnation of that same character.
But the scene where Basim gets out of the machine in present day and takes the staff and starts talking to it/her says it all for me. I don’t exactly feel like they’re presenting him as a particularly well intentioned-person. He’s calling the staff “my love” and says he’s going to bring back his family, meaning he is 100% Loki. And we all know Loki is never up to any good…
Sure we want to stop the Isus, but Loki doesn’t seem to care about human kind either, he just cares about himself. If he has to bring down the entire world, he’ll probably do that just to get his way.
(And god NO we did not like Odin! Lol)

He might just be 51%
Loki. He knows he spent a millennium in that dungeon. It’s not like Basim side of him has anything to care about in the world. He may still care about Unseen ones/assassins but it’s his job and Isu are his family, kinda.

Not saying he’s not a villain, he probably is. It’s just that Assassins don’t really have a reason not to trust him. He gone mad and tried to kill some ancient Viking who wasn’t even an Assassin. But he spent a lot of time trying to save humanity and help assassins so they’re justified in trusting him. They don’t know if there’s any sinister about him getting the staff, for all they know Layla just decided to drop the staff for Basim who clearly needed it more than her. For all they know he overcame his Loki issues and is fine like Eivor or Sigurd so now he’s just an ancient Assassin who knows a lot of Isu stuff.

For all they know he overcame his Loki issues and is fine like Eivor or Sigurd so now he’s just an ancient Assassin who knows a lot of Isu stuff.

Sure, but you’re still ignoring the fact that he outright says his mission is to bring his family together? He tells it to the staff. Also if you walk around in present time as him, interacting with everything you can, he also talks like Loki.

It’s just that Assassins don’t really have a reason not to trust him.

Fair enough, they don’t have a reason to kill him maybe, but they surely do not have a good reason tot tell him who the leader of the assassins is right now. That is like, what, one of their most valued secrets? And they just tell it to a random stranger who just came out of a machine that kept him in another realm for a few thousand years. He got it all a little too easy.

I dunno. Either way, it’s a hefty spin. Very curious what the next game will bring.