Atomicrops - plow, plant, and pow on a farm

Aaaargh, within a hair’s breadth of beating Year 2 when I got hit by one of those stupid floating hands, so frustrating.

How have I only spent 5.3 hours in this game? It’s been years. Decades.

I am now an old man, my youth fled.

Oh nice one! I put a lot of time into Atomicrops so at 5-6 hours you’re making good progress.

I installed and fired this up tonight via Game Pass on my PC.

I got to the Summer boss and finally died. I must be doing something wrong in my first run (which lasted about 45 minutes, really long for a rogue-lite or rogue-like right?) since I usually didn’t have enough money to buy anything when I got to town, except for a weapon each time. Other stuff like scarecrows and things like that are way too expensive to buy.

Very neat game. It has the slow cadence of a farming but, with dual stick combat.

I played again this morning, and again died to the Summer boss.

I can see that playtime is going to be a problem. This game also lasted 45 minutes. If each game is going to last 45 minutes or longer (since I’ll get better). I haven’t tried just quitting after 15 minutes or so yet. Hopefully that will just work, and it will save my game. Or maybe I have to save and quit in town? That wouldn’t be that bad either, since each day is pretty short.

It definitely saves in town. I don’t know about the middle of a day out in the world. Each day is, as you observed, pretty short, but a run altogether can last, yeah.

It’s kind of a shame that there’s no meta-progress early on in the game. Died to the Sun God for the 6th time, each time about 45 minutes into the game. I guess I’ve been playing for a long time now with no progress in sight.

I almost had him this time though, because I chose the Butcher’s Knife as a weapon, which you would think would be a melee weapon and therefore useless against an enemy that damages you when he touches you, and is huge. But no, it turns out it’s a boomerang.

There are a bunch of things in the home area that I guess are unlocks but I have no idea what they’ll do. Definitely feel like most of my “metaprogress” has been in the form of just learning to play better so far.

Incidentally, you run sooo slowly around that home area, and it’s a drag.

Meta progression is odd and has evolved several times over the course of the game’s development. The primary type is through ants you find out in fields. They’re scientists and you can trade Cornucopias for upgrades. But you gotta find the ants first, which is somewhat random and also dependent on getting into the North/South and farther fields.

Honestly, real progression in the game is about getting out into those fields consistently moreso than beating bosses.

I can’t even remember what the ant hills look like out in the fields.

I guess I’ll go exploring this time instead of always being tied down to the farm.

I guess I found one ant without even realizing it.

I got two bridges and went to a new area. I don’t think I found any ants, but I reached Winter this time, and I somehow got nine of the currency that allows me to buy meta-progress across runs (ants?). Anyway, that was a good run. I got really lucky with my loot drops though, I don’t think that will ever happen again. I got several of those super seed things, where you can plant your whole farm in one go, and the clouds, so you can water it all at once. So then I had a lot of cashews to sell in town after each day, for once. Which helped me survive the bosses.

Oh, and plus, for the first time, I didn’t get the sun god as the summer boss. I got a UFO instead, and that was easy to beat in comparison. So I got super lucky, or the game felt sorry for me and realized I’d died to the same boss 6 times in a row and gave me a mercy boss instead.

For what it’s worth, and from what I remember, the ants meta-progression impact is relatively small. I wish there was a way of disabling it to be sure of this though! Atomicrops definitely feels like a game where you getting better makes the biggest difference. I believe the ants are in the outer areas but you’ve got to be quite powerful to be poking around there, by which point you’ve probably got the basics of the game down.

As mentioned up thread there’s a tight economy at the heart of Atomicrops with time, space, seeds, health, roses, cashews, gear, which boss you’re possibly going to fight next and where you’ve already explored, all being things to consider and juggle as you play. Too much time spent farming and not exploring can be bad. Exploring too much and not doing any farming can be bad. Neglecting to grow any hearts or roses is bad. Not saving/earning enough cashews for weapon upgrades before a boss is bad. Not holding on to your pigeon scrolls for tight spots can be bad. Activating tractors at the wrong time can be bad. Planting time-consuming seeds at the beginning of the night can rob you of a harvest before market (depending on your gear), but quick plants that take water might be a problem without water upgrades.

There is some luck, but the most important thing about the game is getting the resource management right depending on your situation, leaning into what gear you do pick up and synergising other gear with it, and trying to get your economy going so you snowball in power. The friction/pushback from the game against you and your engine is sublime, but overcoming it is even better.

@Rock8man the Sol Crusher was a hump for me too until I started to get into the rhythm of the game. Make sure your weapon is amped up as much as possible for it (and all the bosses, to be fair)!

Yes but understand there’s two components. The first is finding the ant hills, which is only done via exploration. Doesn’t matter how much currency you have if you can’t actually buy upgrades, and that’s where the majority of the upgrades are.

The second is getting Cornucopia, the actual currency to buy shit. Which come from bosses ad score, and score comes from farming. But the thing is, you get dramatically better at farming via exploration. Because more exploration = more pigeon scrolls, more friends, more seeds, more upgrades (some of which will boost farming, some of which will boost your ability to kill more easily which is a big boost to exploration and boss fighting). Mechanically, the game’s systems really integrate well and feed back into each other in marvelous ways.

There are a few upgrades not tied to the main system but they’re especially marginal. Some of those are unlocked via # of achievements done. There’s some weird ones tied to cats (which you haven’t unlocked yet).

A lot has changed since @geggis conquered the game, though. One of the ant scientists is now dedicated to tractor improvement, I think (with a few other things thrown in). Eventually you can start with the 3x3 plot already tilled; 4 potato seeds; and a time capsule with more seeds; fertilizer (enough for two large plants); and crucially two upgrades from your previous run. But honestly I think the upgrades to the starting gun are among the best progression upgrades. The Pea Shooter is garbage but it get significantly better. I sometimes willingly take it into the east field if my gun options in town aren’t appropriate for that area. 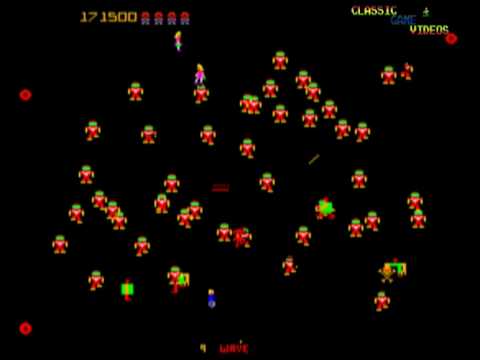 The difficulty ramp up is significant, but steady. Difficulty:

So over time it gains bullet hell aspects, but it never goes full bullet hell or Robotron.