Game can be played either real time or turn based. The game has been in development for a while and is quite polished. Lots of scenarios from Rommel’s first appearance in North Africa through Second Alamein. The game will be released in Spring.
Playthrough by the Designer of Operation Crusader: 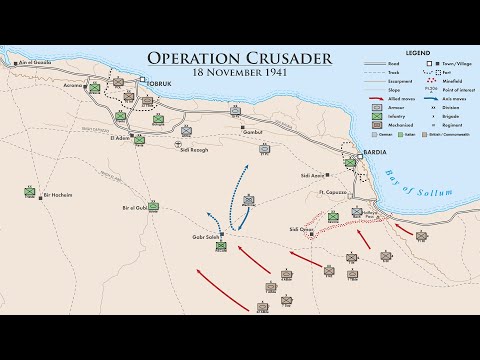 Real-time hexes. That’s something you don’t see every day.

That would seem an odd mix unless you can pause whenever. Moving all those chits in real time would be a pain in the ass.

It looks like there is some kind of group movement.

Interesting. Is it actual real time or is it more or a turn based WEGO system?

I wonder how fast I would put this on mute…

Interesting. Is it actual real time or is it more or a turn based WEGO system?

Both? I tried the demo and you can run it as a real-time game, albeit certainly not Starcraft-level RTS speed; it’s more like a very basic version of Command Ops. The hexes make it a bit weird, as units tend to move in discrete chunks, with delays between orders and actions, and I found it a bit hard to make sure unit X ended up in hex Y reliably. Didn’t try the WEGO, but it should work like most WEGO systems I assume.

The game definitely needs more feedback for things like combat. My units sat there engaged with the enemy for a bit, with no clear indication anything was happening, until the bad guys broke and ran.