I am not going to play with randoms anymore

Perhaps more than any of the similar games I’ve played – Aliens, World War Z, Vermintide, Payday – this game needs communication among the players, and not just in terms of the moment-to-moment stuff like calling out tough enemies or covering each other. For instance, the way we’ve been sharing ammo and money has made a huge difference, and that’s almost never going to happen with public groups.

This is in marked contrast to similar games which seem to take pains to allow players to get by with as little communication as possible.

This remind me to their previous game, Evolve, which was very teamwork oriented.

Taking in the pleasures of immense pain they are causing the team.

These people do exist. Years ago on the Games for Windows podcast there was one west coast, stoner sounding character who would always share his weekly griefing exploits. He just seemed to take delight in ruining the game experience for everyone else.

Prior to that, I had always charitably assumed we were just dealing with young children or the slightly touched, as one might say. 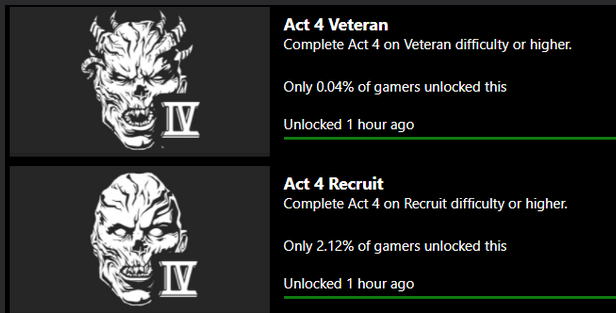 Heh, more proof that people on Steam work together : 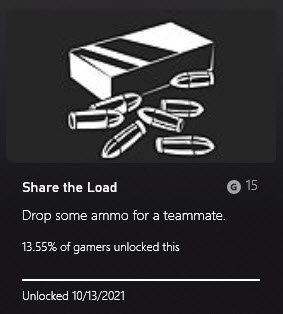 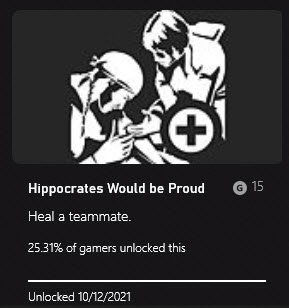 Wish there was an achievement for sharing copper.

@lordkosc Yes, and it should be named throwing copper. 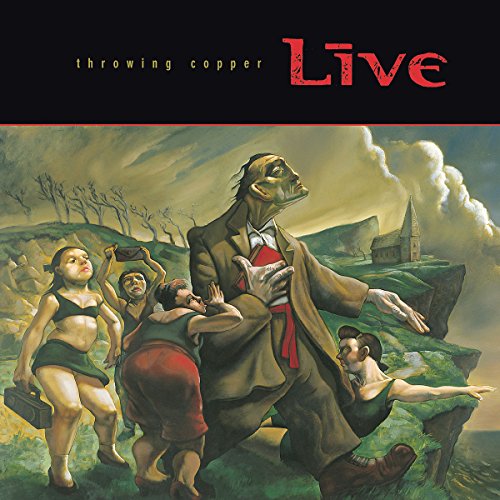 Also, that healing a teammate percentage on Xbox - Oof! That’s brutal. The ammo thing is a little more understandable since it requires faffing around inside menus.

The xbox percentages are biased, because I think at least half of the ‘xbox players’ are people who tried it for curiosity for 10 minutes, thanks go Gamepass.
Unlike Steam players, as the only way they are playing it’s fully paying for it. That’s a pretty big filter, that selects only the people really interested on playing it.

The xbox percentages are biased, because I think at least half of the ‘xbox players’ are people who tried it for curiosity for 10 minutes, thanks go Gamepass.

I suspect its deeper than that, and I say that as someone playing on gamepass.

And what would those deeper reasons be, just out of curiosity?

Act3 with pubs is making me lose my sanity - anybody feel like teaming up tonight sometime after 8 eastern? Add me please - TheDude#3259

Tried playing the PC GamePass version with my brother and sister last night. My brother kept getting booted with “disconnected from the server’ almost like clockwork every couple of minutes. Couldn’t figure it out.

@Vesper I think they were having some issues with the servers last night. I had a Steam friend ask me how I got into the game as he kept getting similar messages - I think I just lucked out by virtue of already being online prior to that starting.

I’d love to join you, @fishpockets. How about 6pm Pacific/9pm Eastern? Anyone else want to join us at that time?

Works for me! Thanks Tom.

I should be available as well. If we need a 4th I can find someone I’m sure

That’s three of us! With McMaster wielding Dotty, I smell impending victories.

We came close to finishing that Act IV boss battle yesterday, @fishpockets! If anyone wants another run at it tonight, let me know. Otherwise, I’m just going to be faffing about with my friend Kelly Wand and whatever randos will join us.

Although I think I’m coming around on the idea that it’s better to have a bot than some unpredictable rando. I’ve been trying to push through on veteran difficulty to unlock all the checkpoints. Last night I hosted a game from the furthest available checkpoint, which is about half way into Act I. One other player joined, which means it was me, a rando, and two bots. But then the other player left before the game even loaded, which left me with three bots on veteran difficulty level.

And by playing carefully, I had no problem getting through the next two missions. None whatsoever. Even having to carry supplies to the diner, which meant I couldn’t fire my weapon, was easy enough. And I had to do it twice because the bots can’t be arsed to carry supplies. Probably union regulations or something.

But then I got to the diner defense, near the end of Act I. I took my sweet time getting setting up, going back through the level to find all the explosives and healing I’d left behind, getting all set up and hunkered down. And at some point, suddenly the bots are displaced by three randos. And now one of them is firing up the generator that starts the waves of attacks. Wait, what? Bring my bots back! Oh well, given the level of prep I’ve done for this one final stand-off, we got this.

Except that, no, we didn’t have that. After two wipes, all my continues were used up and I was back at my original checkpoint with only a few BloodBucks to show for my efforts. I mean, I guess the human players were doing well enough, but I would have rather had the bots to see if they might have made fewer mistakes or taken fewer risks? It’s so incredibly dumb how Back 4 Blood tries to segregate bot games from human games.

I’ll will have time this weekend if needed, but I have plans tonight.

Hey guys I’m looking for games too if you are needing more a 4th at any point.

Tom is still grinding for resource points in Back4Blood.

It’s actually worse than that, @lordkosc! I’ve been playing solo games to test out decks, and that doesn’t even qualify as grinding, because you get bupkis for doing it.