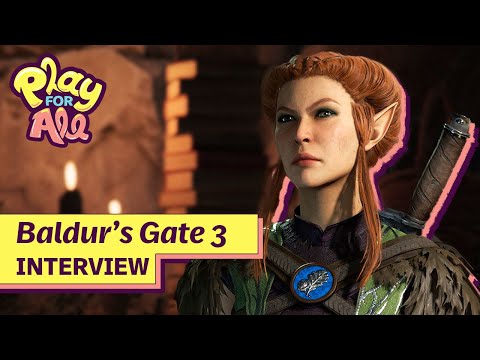 Overall hearing most of that made me feel better.

I still hope there is some robust modding options, because I’m sure someone will make a mod to tweak most of the stuff that bugs me if it still exists.

Did… wait… did you WILL this to happen?

EDIT: Honestly I thought they were aiming for this year let alone “hopefully 2022” so if this is upwards of 18-24 months away, I retract the majority of my criticisms as this is much earlier in development than I had assumed.

Did… wait… did you WILL this to happen?

If only I could use my powers for the betterment of all mankind.

Sorry if this is old news to people following the game more closely than I. 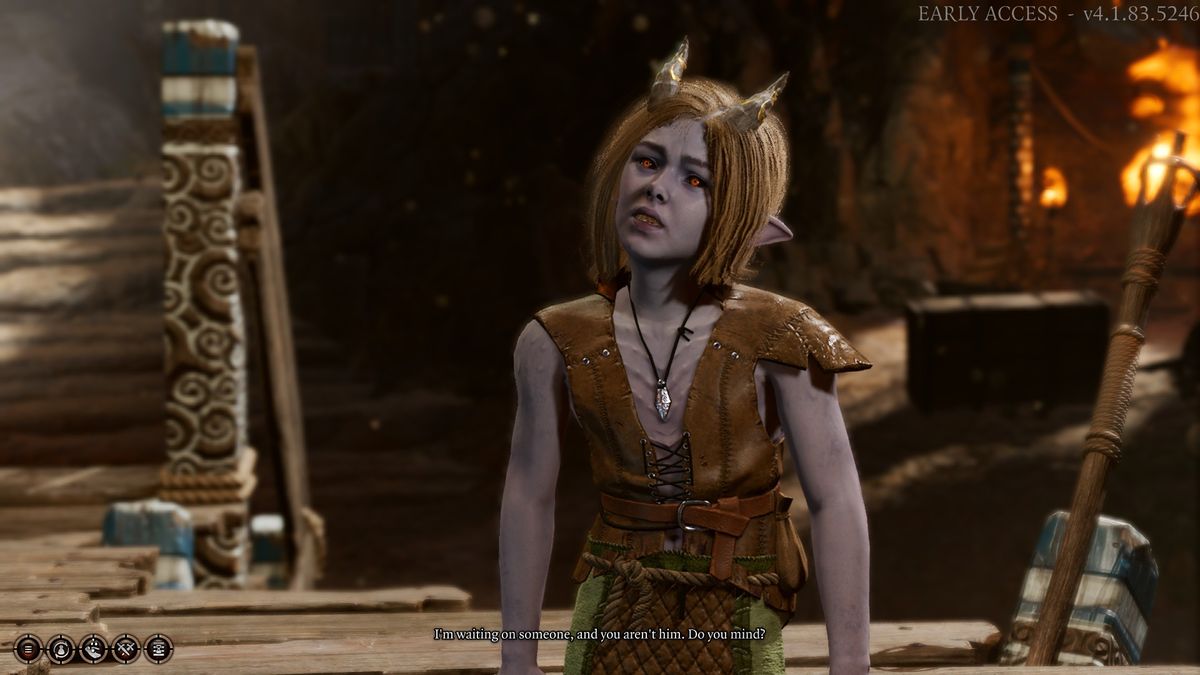 Baldur's Gate 3 won't leave Early Access this year 'for sure'

The next update will be based on feedback from players.

Now, in a video interview with GameSpot, studio founder Swen Vincke has confirmed that Baldur’s Gate 3 won’t be leaving Early Access in 2021. “We are really trying to get the game done by next year,” he said. “It’s not gonna release this year for sure.”

Hopefully they’ll spend some extra effort to de-DOS the game prior to launch.

Maybe DOS mode will be the default and then you gotta switch to Core Rules like you do with Baldur’s Gate 1 & 2.

Gotta run it in DOSBox.

Hahahaha. Didn’t I just say I hadn’t heard anything that makes me think they wouldn’t release in October and they had to go and ruin it. Oh well. Leaves room to try out that Solasta game everyone’s talking about, and play Humankind or AoEIV, perhaps. Time is a gift. 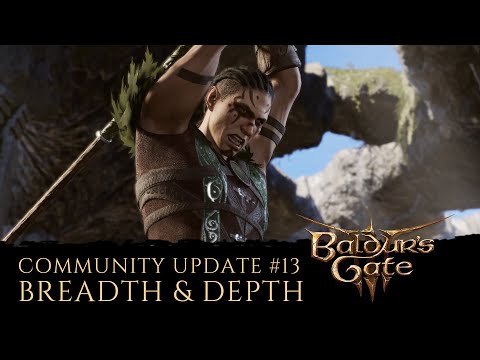 TLDW:
Lots of changes behind the scenes.

Jump hotkey for jumping stuff.
Disengage now an action and not linked to Jump in combat.
Long Rests require resources so there is a reason to not just Long Rest every combat and make your Warlock wonder why they bothered with their class. Also area dependent camp site so you don’t wander from the dungeon to a forest to rest every time (optional from what I gather).
No classes this patch, next patch will have classes and whatnot and be sooner than expected, which probably means not 5-6 months from now, but still probably not soon.

Speaking of other systems, one that had a few games behind it, but I always bounced off of was The Dark Eye, with the Drakensang, and the River of Time PC games.

I bounced off these because I’d spend a confused 2 hours creating characters and finally start playing and take three steps and instantly have someone die of gangrene or something.

I think in earlier days Realms of Arkania was from that ruleset too.

I will never forget the time I first played Realms of Arcadia. Made my party, and some company arrived immediately thereafter to go out to lunch. I did not pause the game when I left. When I came back my entire party had starved to death.

Yeah, my party in Realms of Arkania- Star Trail starved to death too. But the process was a little more drawn out in my case. My party was wandering along aimlessly and got captured and imprisoned. Somehow they managed to escape, scrounging what gear they could along the way. Eventually they limped along to the nearest town, diseased and half starved. They sang songs in the local tavern to earn some coin and eventually healed up. However by that time the town was under siege and there was no escape. Once the food ran out, that was it. I still don’t know what the hell was going on in that game, but over 25 years later, the fate of that party still sticks with me. 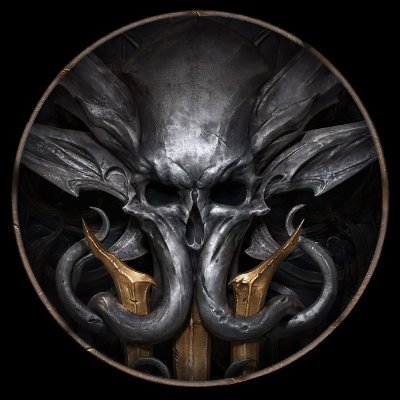 @baldursgate3
It's time to class up, EGX! Those attending the show can check out a new class for Baldur's Gate 3, The Sorcerer! We can't wait to hear what you think about all the spells at your disposal... https://t.co/kLCJLWoGXR 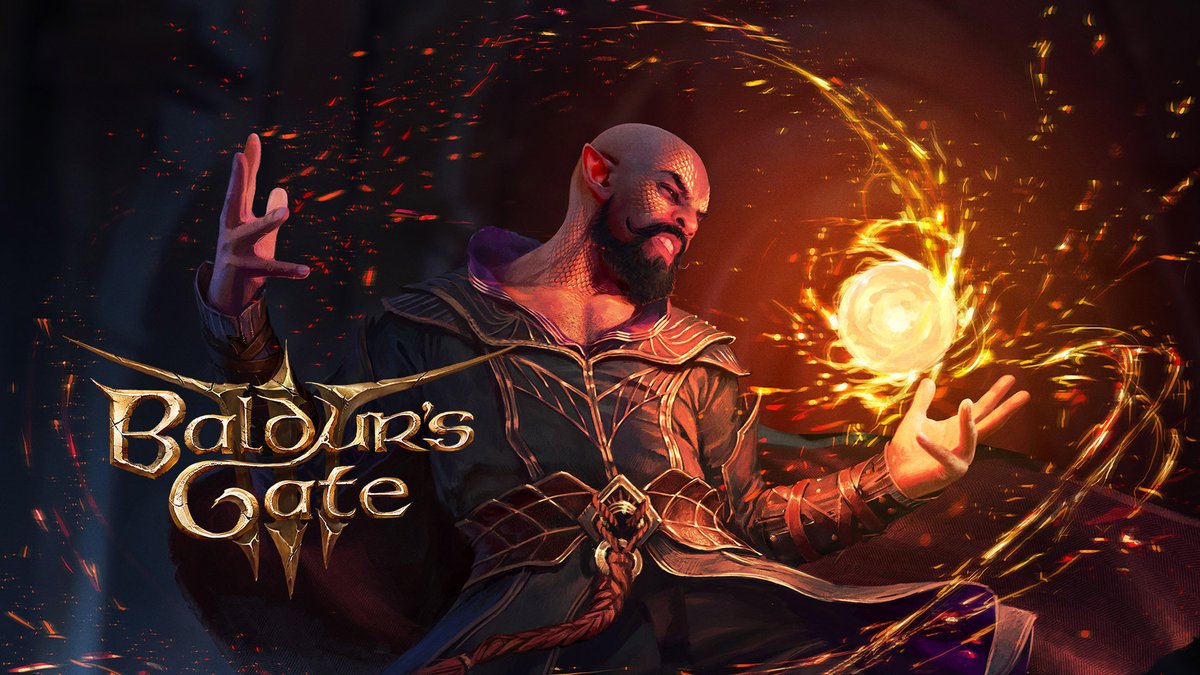 I… completely forgot about this game, somehow. Wow, that’s really blowing my mind.

Me too, pleasant to re-hear about it :).

I avoid EA games as a matter of principle (I’m not paying to test, and I have a lot of patience), but BG3 should have been so high-level hyped that I was chomping at the bit to get into it. As it stands, EA has dragged on and the lack of info, chatter, and big news has me kinda ho-hum about it all. Prior to EA, BG3 would have been at the top of my most anticipated games list. Not so sure now.

I agree. Seems like it will be a few more years before this thing is ready to release and I’ve lost most of my enthusiasm. We won’t know for a few years after it’s released if their little experiment with EA was a good idea or not, but so far it’s not looking good.