I’m not gonna post a trailer because there were (I timed it) 25 minutes of trailers for other films in front of my showing of this. Enough with the trailers.

Just for @tomchick I’m starting a new thread. Just got out of this. First half was great: tense, scary, interesting. Second half was, unfortunately, derivative, implausible and dumb. It’s worth seeing but doesn’t hold a candle to, say, It Follows (similarly set in decaying Detroit.)

My sister just asked me about this movie! I’d never heard of it, but based on my initial research after she brought it to my attention, I intend to see it. I don’t know Whitest Kids You Know, which seems to be where the writer/director got his start. But the movie has a solid cast, especially for including my favorite Skarsgard. I’ll even see movies based on Stephen King books if they have Bill in them!

So I don’t have anything to say now, but I will definitely return to the thread after I’ve seen it!

I’m not sure I agree with all of this very very spoiler heavy read of the film by Polygon, but I think it’s fairly smart and largely explores some of its theme. I disagree that the film functions as any sort of polemic. I think Cregger is smart enough to resist that impulse. But it’s definitely the case that effective horror reflects and reflects on the dysfunctions of culture at large, and this film is no exception. I’m still thinking about the film and this article, I think, has made me appreciate it more. 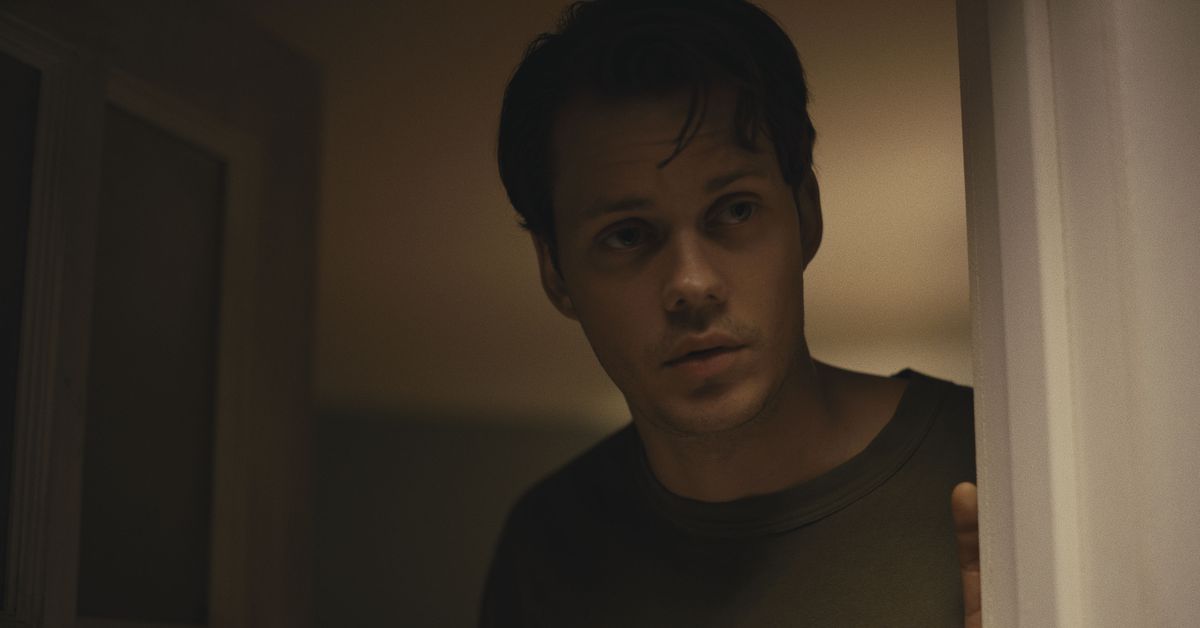 Barbarian rules because [massive spoilers ahead]

Let’s get into what those big twists really mean, and how they all work together for a hard message

That article goes pretty deep, but I think there are a few more layers to the film. It really is an excellent horror movie. Both smart and entertaining.

For instance, the women in the film, from fully complicit (call to mom) to reluctant to monster herself.

First half was great: tense, scary, interesting. Second half was, unfortunately, derivative, implausible and dumb.

Which is, in my opinion, Barbarian’s main selling point. The first half is the entry into a movie that would have otherwise been nothing but the second half. And as someone who loathes what the second half is riffing on – girl in a basement movies – I really appreciate how Cregger literally casts a different light on the genre as his entrypoint. I almost didn’t even mind that it came to that.

But some of the most clever horror filmmaking I’ve seen in a while, and certainly a promising debut. And some really striking camerawork without just being showy. It takes a lot to keep me paying attention to scenes of actors walking through dark places that are supposed to be oooooh scary. That is some of the dullest footage a director can use, but Barbarian gets good mileage out of otherwise prosaic situations.

And I love the tone shifts. As a friend of mine put it, this is a far better example of someone translating what he learned from his sketch comedy roots into a feature-length horror movie than Nope. And while I think they both have some muddied messaging, I feel it comes across much more organically in Barbarian. It feels much more like an integral part of the story instead of like something thrust clumsily onto it.

I haven’t seen the movie yet but this is a top-notch thread title. Kudos!

Lol, I tried to think of something clever, then just realized I wasn’t :)

So this isn’t a movie you can discuss without ruining it for people who haven’t seen it. So from this point on, please assume any posts I make in this thread include spoilers.

@Matt_W, I think it was wise to let the movie’s title do all the lifting, so I love this thread title! As I was watching Barbarian, I enjoyed trying to puzzle out why it was called that and to whom it was referring. I’m still not sure of the answer, but I’ve enjoyed the mental exercise.

The easy answer is it’s Richard Brake, but don’t his sins transcend mere barbarism? He’s a flat-out sadist and monster. One of the movie’s smartest decisions is to sidestep his actual actions entirely, showing us the set-up in a flashback, and then playing everything out after he’s deteriorated along with the neighborhood (and we only ever hear the sounds on the VHS tape Justin Long plays). And I don’t think there’s any call to cast aspersions on the poor insane inbred Mother Monster, although her behavior during the movie’s running time is certainly the best claimant to the title. But for his contrasting lack of the values that end up defining our heroine (empathy, sacrifice, courage), my current theory is that Justin Long is our titular character, arriving like an invader, and upending everything with his cowardice, immorality, and lack of self-awareness. Richard Brake and the Mother Monster are certainly barbaric, though, so maybe this is a dumb point to discuss?

Wait, did I just get trolled by Zach Cregger?

Pretty sure the police were the Barbarians here. I think you missed the forest for the trees. But then the Barbaric way that such a horrible crime was reported. What was it, Hollywood Reporter or some such?

Edit: How about the Barbaric way that the poor Mother Monster was treated by the protagonist? Slammed by a car and then head blown off. Yup. We’ve been trolled.

The name of the street the house is on is Barbary Street. I thought it might just be a reference to that, with cool horror vibes attached to it.

The name of the street the house is on is Barbary Street.

I totally didn’t catch that. Curse you, Zach Cregger!

I thought the Tom Chick-lookalike was the Barbarian.

On the latest The Big Picture podcasts they mention that in a post-screening interview the director answered the question of the reason for the title with “He needed a title for the script he was writing in his garage and he thought Barbarian sounded cool”.

I’m very happy that I was able to go into this knowing nothing about it beyond “Airbnb gone wrong”. 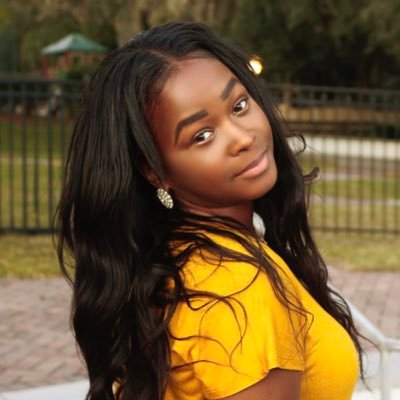 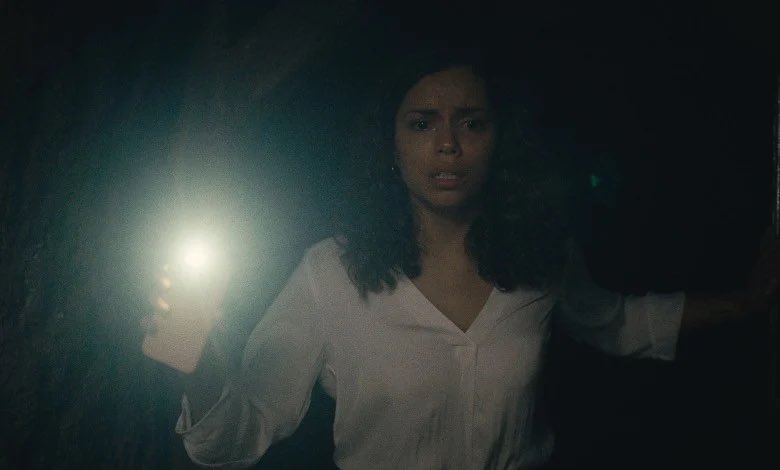 This was really good. I’ll just blur everything. The Skarsgård section had some really contrived moments to get both players where they needed to be for when the monster shows up. The movie got really entertaining for me when Justin Long showed up. His oblivious stumbling through these dank hallways with cages in order to max out the square footage of his property was my favorite part. I’m gald he didn’t get some kind of redemption arc after confronting the “real” rapist.

Turns out the Barbarian was the friends we made along the way.

I just finished watching this on HBO Max and loved it.

As a friend of mine put it, this is a far better example of someone translating what he learned from his sketch comedy roots into a feature-length horror movie than Nope.

The name Zach Cregger didn’t ring a bell, but now that I know who it is I can’t stop reframing scenes as Whitest Kids sketches. And they work! Aim this movie an inch lower and it’s a parody. Can’t wait to see his next film if he gives horror another go.

His oblivious stumbling through these dank hallways with cages in order to max out the square footage of his property was my favorite part.

That part was hilarious, my favourite scene of the movie. I also liked how the movie cast Justin Long as a victim (or at least the movie showed me my own subconscious prejudices by believing him that the accusation were all lies), and then through the movie you discover just how barbaric he really is.

He even does the “I made a mistake but I’m not a bad person” speech near the end. But it turns out, hilariously, to no avail.

The most interesting interaction to me was the scene when Long’s character sees the videos Brake’s character has made throughout the years. He’s shocked and appalled because to Long, this guy is a monster. Certainly, they share nothing in common!