Amazon has SEGA Classics 25 Game Collection for Amazon Fire TV Devices (Digital Download) on sale for $4.99. Thanks TheSlickestofSlickNote, this title supports play with the Fire TV remote and/or ...

25 Sega Genesis games for your fire.

Thanks @SlainteMhath, I took this code and it worked.

They also launched a Warhammer 40K Mechanicus Complete Bundle for $19.99 that includes the base game, the Heretek DLC and the Omnissiah Edition content.

The Strategy & Tactics Bundle is $1.99 and features 3 games and DLC from developer Herocraft, including Startegy & Tactics : Dark Ages, which I spent about 30 hours with last year and thoroughly enjoyed.

Boughten. I feel like despite the title, this thread isn’t actually saving me any money. :D

Fanatical has launched the Reaper Bundle 2 featuring 10 games for $4.99.

$5 for all the Stalker games is a great deal if you still don’t own them. Re-Legion is an interesting looking take on the old Syndicate Wars game.

GOG also has some nice sales going on both 1C Published Games and Deep Silver Titles.

Humble Store is having a Tabletop Sale with discounts on dozens of titles. Gloomhaven is $16.99 (32%) with the Choice Discount.

Humble Store is having a Tabletop Sale

If you picked up – or decide to pick up – Gremlins, Inc in the Tabletop 2 Humble Bundle for $1, there’s Gremlins, Inc DLC for sale in this sale.

Collection of Mana for Switch is $15 with free shipping from Best Buy on Ebay:

By befriending eight custodians of Mana's power, Randi and his two partners are able to battle a treacherous empire. Collection of Mana brings the first three titles: Final Fantasy Adventure, Secret of Mana, Trials of Mana to the Nintendo Switch.

Hearts of Iron IV is having a free week on Steam.

Not much to report today except that Steam is having a nice Slitherine Publisher’s Sale. Slitherine stuff almost never used to go on sale, and while it’s become more common lately, it’s still worth noting when it happens.

EDIT - BONUS DEAL
I just noticed that GreenManGaming has Monster Hunter World for a historic low of $17.28 (42%).

Also a CI games sale is going on over at Steam. 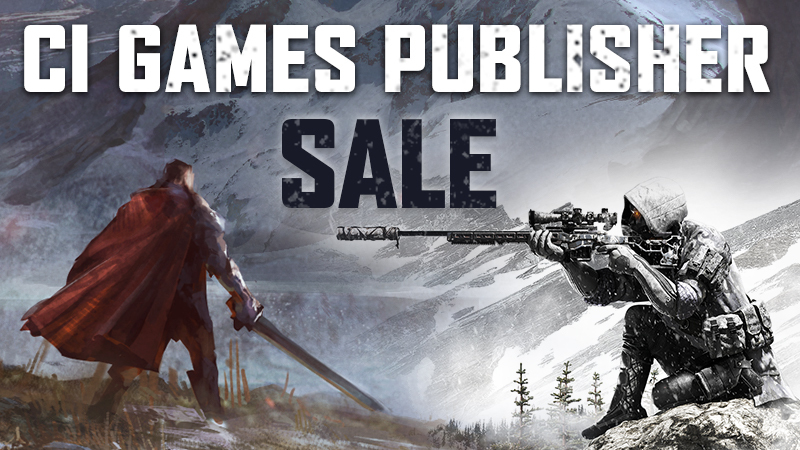 Save with the CI Games Steam Publisher Sale!

If you have been waiting for an opportunity to fill your Steam library with our titles, this is the best time! Take advantage of the CI Games Publisher Sale and save up to 85% on various games, DLCs and soundtracks! This is a great chance to get our...

Everything related to Orcs Must Die 1 and 2 is on deep discount at Gamersgate.com:

You know I just noticed this and picked it up.

90% off Division 2 just seems like such a sweet deal.

Then as soon as I completed the purchase I realized it would probably:

A. Show up in the next Humble Bundle like the first one did.
B. Go free to play.

Oh well. Three bucks isn’t a huge deal. Too bad this isn’t a game that can last once they shut the servers down.

If anyone’s interested, the T’au DLC can be had on Gamersgate for 15% off with coupon code: THEDISCOUNT

GoG has a deal where if you buy Beautiful Desolation you receive Stasis (the developer’s prior game) for free:

Descenders has a free weekend and $15 sale.

Black Desert Online is currently free to own on Steam.

Overlanders is currently $2.5. This is a Wipeout-like racer with a monster chasing/hunting mode. It has cross-play with the Nintendo Switch version.

Inner Space is FREE on the Epic Store through March 5th. Then the freebies flip to GoNNER and Offworld Trading Company.

Steam is having a couple of Publisher’s Sales.
Larian Publisher’s Sale includes the Divinity Franchise at up to 90% off.
Square Enix Sale features all the usual franchises at 50%-90% off.
The Mount & Blade Franchise is on sale, and Bannerlord launches into EA on March 31st.

I don’t do this very often, but I feel like pointing out that for a mere $3 you can get the game I* made:

* As part of an awesome team, obviously.

At that price, everyone should be getting Before the Storm. A worthy prequel (sequel) to the original.

We had a B-plot/mini-arc in our latest season of New Guard (a teen superheroes “semi-organized play” RPG campaign using the Mutants & Masterminds 3E system wherein I and 4 other GMs ran a 3-month, 18-session, 3-tables-at-a-time-telling-interconnected-stories campaign for about 20 players) that cribbed heavily from the Life is Strange games. Some of the PCs wound up helping the Max-alike process her remaining trauma from our version of the events of the first game and reconnect with the Victoria-analog in the wake of all that stuff; one PC actually ended up dating “Max” by season’s end and it was super adorable.

Anyway, I dunno, maybe weird to hear about what amounts to RPG fanfic about a series you’ve worked on, but it was a really rich vein to mine for good high school teen drama inspiration with interesting powers already worked right in. If you’re still with them, give the team our sincere thanks for crafting some very, very awesome games – several of us on the New Guard team are big fans :)