Batman: Arkham Origins is the widening gyre of Batman games

it wont be called Gotham City Origins because it is the ARKHAM series. That is the name of the series. Do people not get this.
"Oh but it has nothing to do with Arkham."
Do the Elder Scrolls have anything major to do with Skyrim?

1/5 is a terrible score. This game is not terrible. It is a 3.5-4. I bet this guy has worse games that he gives higher reviews. Yes a review is one persons opinion, but is a game that copies an acclaimed game really a 1/5?

Good to know that I made the right choice on this game. I'll pick it up once it's about 15 bucks used.

I reckon people do not, in fact get this, to answer your statement. Arkham Asylum makes sense. Arkham City extends the Asylum to, you know, the City. So, I would argue that Arkham Origins as a title would suggest how we got to Arkham as the proper noun location associated with Gotham City, The Dark Knight, et al. Now, for your Elder Scrolls comparison, I think the location of the ":" is very important. i.e. (The Elder Scroll Series: Skyrim).

But it's not. So I do not. I am not expecting correct punctuation to slow someone like you down. But for me, this shows laziness in story-telling, and a cheap attempt to trick people into buying a game that has superior brand-name recognition, but inferior parts once you open the box.

He has a thing round here explaining his rating system. Wish more people would actually read it to understand the scores

Another hilariously bad review from the jackasses at Quarter to Three. They are too stupid to understand that a 1 out of 5 goes to a broken video game like Ride to Hell: Retribution. I would've been ok with a 3 out of 5. Hell, a 2.5 out of 5 is understandable if the reviewer saw a lot of flaws in it. But a 1 out of 5 makes no sense.

I understand this is hands down the weakest of the three Arkham games, but this review just didn't justify the 1 out of 5 rating. Reviews like Halo 4 and this make you guys lose a lot of credibility.

I think I'll come to this site more often. So few reviewers saw this game for what it was and the writer here has my utmost respect.

Exactly. It was very much like a 4 year old seeing its parent paint a masterpiece, then trying to paint one itself without understanding how to do so. And using poop instead of paint.

The combat flowed poorly in comparison to City's overall superior gameplay.
This review is dog shit, though. QuarterToThree are the worst reviewer of all time. How they get onto metacritic is beyond me

I agree with everything here. But you spelled shepherd wrong ("shepard"). Has someone been indoctrinated?

Another retard defending this piece of shit game.

The combat isn't spammy, until you get the shock gloves. Then you can just spam attack and occasionally counter. But the control for the combat system is broken. Plain and simple. Which is a big problem as a good three quarters of the game is combat. It's the core mechanic of all Arkham games, and WB Montreal screwed it up. There's a lot about Origins that I'm willing to forgive, but when most of the game feels like a chore to get through because of unpolished control and glitchy combat, it makes me regret buying it. I've finally managed to force myself to finish it, but once I'm done, I'll be trading it in for credit on an Arkham Knight pre-order.

Why didn't you mention the glitches? WHY?!

I dive kicked through the ground and glitched out the thugs I'm supposed to be interrogating way too many times than I care to remember. The character files appear as gibberish (I actually thought that was supposed to be one of the villains hacking you, but no, because that would have been too clever). Key binding gets messed up so whatever I do, I keep throwing Concussion Detonators. And the Joker beat down at the end doesn't even WORK without a patch!

Also, the combat is significantly dumbed down. You already mentioned the Shock Gloves, but there's more: In Arkham City, in order to interrogate one of the thugs, you need to knock out all the other thugs first. In Origins, they just made whichever thug you needed to interrogate knockdown immune, which also led to the aforementioned thug glitches. And even the stealth portion is significantly easier, since you can just spam Remote Claw, strategic thinking be damned.

The boss fights, they are just BORING. Killer Croc is a tutorial boss (And one of the "Dodge, stun with Batarange, beat up" type, as if we don't have enough of THOSE in the Arkham series). Deadshot and Shiva were optional. Electrocutioner was a joke character. Firefly is just a projectile spam fight...

I threw this in the XSX yesterday because I felt like mindlessly pummeling the criminals of Gotham. I’ve got all the Arkham games but this is the one that’s been neglected. Plus my other save points – post-game in Asylum & City, Cloudburst in Knight – just don’t interest me.

So I fire up a new game and play through the tutorial missions after work, stopping when Bats emerges into the City after unlocking his first tower. I really do enjoy this game. I prefer the different Batman voice actor to Kevin Conroy, and I’m pretty sure I didn’t mind whatshisface as Joker, either. The one aspect I do enjoy about this earlier Batman is just how much of an outlaw and/or myth he is. I don’t like how chummy Batman was with the guards in Asylum or how Gordon was the President of the Batman Fan Club (for a little awhile at least) in Knight. This is Vigilante Batman, and I like him.

Interesting thing about reading this old thread, I’d forgotten just how polarizing this release was back in the day.

Funny this popped back up, I’ve had this game for some time but it’s the only one of the Arkham games I haven’t played. I guess the general consensus has been so poor (though I’ve never really trusted consensus, don’t know why I would have started now) and also because it wasn’t done by Rocksteady kind of undermined my faith a bit and I just moved on. I should reinstall this and give it a fair shake after all this time. To paraphrase Woody Allen - it’s Batman, so even when it’s bad, it’s still pretty good.

This. It’s not a bad game by any stretch and I’m sure there are people who rank it above Knight if only because the damn Batmobile isn’t there.

I hope you play it and enjoy it.

Was the sin of Origins just to be more of the same? Now that Arkham Knight has been and gone - with the paradigm-smashing additions including some cinematic but ultimately unnecessary co-op beat-em-up bits and an inordinate amount of time spent cooped up in a sci-fi tank bristling with incongruous weapons and the slowly dawning realisation that now the Riddler is into building elaborate underground racetracks, I guess? - maybe more of the same doesn’t sound quite so bad. 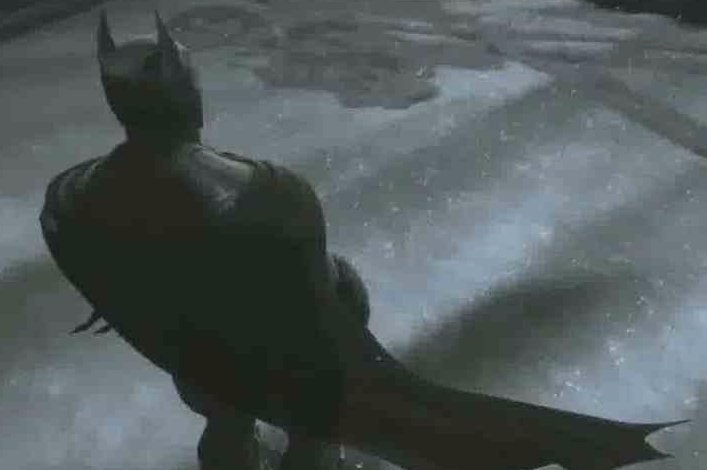 Hello! Chris Donlan here. As a couple of Batman's Arkham adventures are getting the remaster treatment this week, we th…

Main thread for Origins is here:

According to a investor conference call at Warner Bros. Arkham 3 will be out in 2013. It’s not being developed by Rocksteady, who is working on a Silver Age Batman game. So I’m not sure if I should be excited or not.

I myself really enjoyed the game and its dlc. :)