Yeah me either and this got me to binge a bunch of his recent stuff too.

Really into where the story in this is going, also loving the hidden around the city secret rooms. 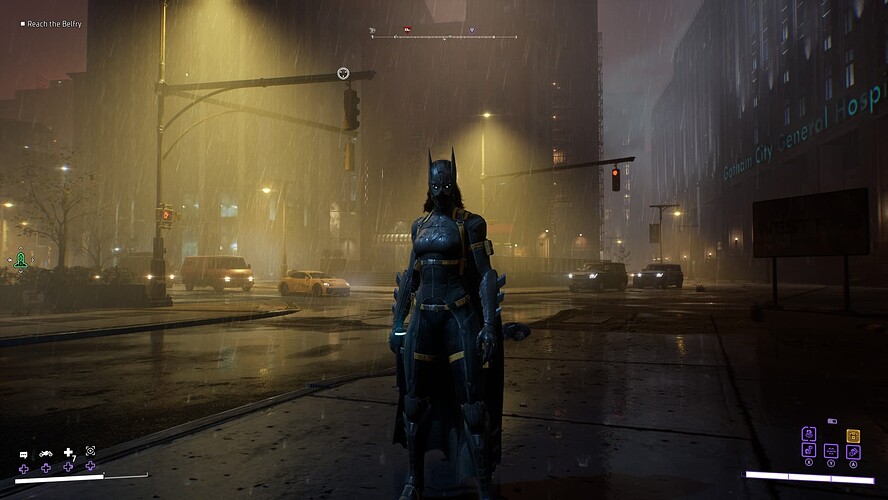 Gotham at night with that rain/fog mod is so perfect imho.

The Eurogamer reviewer also really loved the emails btw, so don’t forget to eventually read those when you’re in the mood.

About 20 hours in I am playing more RedHood now, and finally a got a cutscene to explain how his bullets aren’t lethal. :D

Are you finding the game does a good job of pushing you to play different characters? Or is that strictly up to the player?

I’m still curious about this thing. Not really curious enough to actually reinstall yet, but if there’s interesting variety among the characters, and if the game pushes you to swap among them, it sounds like it could make for some cool endgame situations where you have to decide which character (i.e. toolset) to apply to which situation. Is that how it’s turning out, or is it just a matter of providing four templates for the same gameplay to support multiplayer?

Of course, I should probably just reinstall Arkham Knight and push through to its “real ending” before jumping into this, right?

It’s just up to the player what character you use. I played through the whole game as Batgirl. I’ve read some people like to switch out and take one character through a villain arc, and use a different one for another.

After finishing the game, I tackled random crimes throughout the city with the other characters and am glad that I went with Batgirl for the game. I find her and her kit better than the others, though I was surprised that my second favorite ended up being Robin.

Yeah if I had to rank them in order of desire to play as:

There is zero push to get you to play as any of them, you end up just picking one when you start that evening’s patrol.

It’s just up to the player what character you use. I played through the whole game as Batgirl.

I’m glad to hear this. One of the parts I disliked in Avengers was being forced to switchup to a different hero. I’d get used to Ms Marvel’s skill-set and then struggle to remember how to fly and fight as Iron Man one or two levels later.

I completely agree with this ranking.

Has anyone been playing with RTX on? I haven’t really noticed a difference between on and off, so I’ve left it turned off, for better overall performance. And I still get loading pop in randomly.