@tgb123 is a dead account, I believe. He uses @Sonoftgb now.

The hilly battle maps are just fine as long as you’re the one on the high ground. If the enemy has it, it totally sucks.

I find it disorienting a lot of the time. It’s hard to tell where the approaches are and where you can actually move.

Man, this conversation got me playing the game again.

And it’s hard not to feel the designers are trolling you sometimes.

I started and lost about 3 games.

In the first, I was ferrying cargo around, enjoying the occasional fight, doing well, then I got a 1 star contract that paid 230 crowns. That means super easy right?

2nd game was my stupidity with a Lone Wolf start. My character got eaten by…Webknechts…after missing 3 90% chance to hit!

The final game just ended with me quitting, but this was really my fault.

I was doing fairly well, had 12 brothers and 1 in reserve, had a greatsword and the other 2 handed swords, and about 2500 crowns in teh bank, and had a contract to clear the roads, 70 crowns per head.

It would have been easy money had I stuck to harvesting Brigands and the occasional Orc, but along the way I got bumped by Necro Savants.

I’d never fought them before.

7 dead brothers later, including all my veterans, I left that fight limping, and completed the contract, and hired some new people.

8 brothers strong, all of them level 3 or below, day 70, minding my own business when I get attacked by Goblin Riders.

And I forgot that after you kill the rider, the wolf stays on and fights, and given the low level of my guys, they kept missing every single hit.

Honestly it feels like there are several gotcha! or aha! moments in this game, always there just as you get comfortable.

it’s a special kind of pain.

That last game was the best yet, I had some 8000 crowns and 12 brothers at one point, enough to actually buy a greatsword, and if it hadn’t been for the Necro Savants I would eventually have started hiring in Hedge Knights and Nobles.

Well… Necro Savants are probably the toughest enemy in the game. They require special equipment and special tactics to fight and even then you’ll probably lose some men. I avoid them like the plague unless I feel particularly suicidal. I never, ever, in a hundred years would fight them in an ironman game.

it’s hard not to feel the designers are trolling you all the time.

My most uninstalled game. Love to hate this game.

I remember the developers saying in one interview/article that you are supposed to retreat. When you start a fight and it’s 3 upholds, run. Of course you wouldn’t know to run unless you have played for awhile, but every game has it’s learning curve. Also for the sake of your sanity, save and load as needed.

The morale penalty for retreating is a bit harsh though.

Less harsh than a party wipe.

Plus, you can usually tell what the enemy is going to be from the mission description. So don’t take those. I know, easier said than done.

Of course you wouldn’t know to run unless you have played for awhile, but every game has it’s learning curve. Also for the sake of your sanity, save and load as needed.

I have a very mixed attitude in this game to save and load.

I will do it if something utterly stupid happens, or I make a tired move that I know I shouldn’t have done. I.e. where the fault is mine. However usually I play it as if it were ironman.

Those Unholds…I treated that as game over even though I technically managed to retreat after killing 2 out of 3 Unholds.

I still have a (broke and decimated company) after the Necro savants, but I am treating that as lost.

Half the fun is pushing the boundary until I get smashed.

In this case, turn 70 with all that gold and 12 Brothers with a greatsword and another 2 handed sword is the best I have ever managed.

It was a Pocher start.

Speaking of which, check this out: 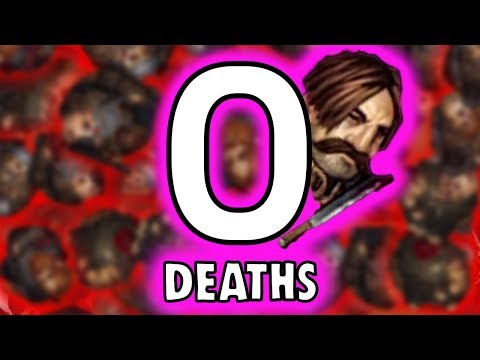 He’s a very entertaining BB player and he also went with a Poacher start (I found this video after my poacher start went awry) on hard strategy and hard battlefield map, low fund (no ironman though, which he explains at the beginning) and the aim is to never have anyone die.

He talks a bit about strategy, build composition.

It’s the same guy who brought the Lone Wolf series linked somewhere far above in this thread.

I’ve gotten pretty far in this game a few Times, and plan to try it again when the next DLC comes out. But the one thing I remember struggling with is Overland travel – slow speed can be slow and boring and quick speed gets me ambushed and killed.Not quite sure what to do about this I’m not up for carefully during at the screen as my guys crawl across the map.

There should be some faster speeds as well.

The 2* speed is still slow1

Anyway, I alt tabbed to do some stuff and when I came back to the game I had been ambushed by barbarians.

Fought them off, got ambushed by another bunch.

Playing as the Militia background, so none of the existing guys are particularly good (although I did start with a pretty decent fighter, with stars in melee attack, defence and fatigue :) ) and none of the dead are memorable!

I am looking forward to the new dlc. If I understand it right, the size of the map will be bigger, so the southern cities will be at the south (as opposed to having a map that is south only,) and for some reason I am thinking the new maps will be twice the size?

I also wish they’d let you have 3 contracts at the same time.

I took a contract to deliver some goods, turns out they were stolen. I refused to give them over to the enemy, we fought. I won that fight, but now 3 towns, right in the middle of the map, are after me all the time. I’ve lost 3 out of my 4 best men, I can’t take contracts…

This game. It punished you not paying attention for even a minute, and yet each time I come back to it a little better.

The Blazing Desserts DLC is out. Now your brothers can enjoy baked Alaska, or a nice peach flambé.

Shit. I know I’m just going to get my ass kicked, but I also know I’ll end up buying it anyway.

Also apparently they redid like, nearly all the perks, so I can’t even go to poorly-worded guides to help me anymore.

It’s quite the changelog.

Battle Brothers is a turn based tactical RPG which has you leading a mercenary company in a gritty, low-power, medieval fantasy world. You decide where to go, whom to hire or to fight, what contracts to take and how to train and equip your men in a...

Also apparently they redid like, nearly all the perks,

Looking through the log they are still mostly the same, stats changed, but it looks like they are close enough.

Went to buy it, wanted to change my CC, which freaked Steam out and now it’s saying I have made too many purchases. I have made zero purchases. Thanks Steam.

Now I just need to find time to play this.