Do you mean “to Medieval England,” or did he do another one? I searched Amazon but didn’t see a generic “Middle Ages” one. Anyway, that aside, the most mind boggling thing that I came across in that excellent book, and the only tidbit I can remember offhand years later, is that the median age in England during whatever segment of the middle ages the book covers was twenty one. Half of all people were younger than that! I believe I also recall a 16-year old general. No wonder the past was so fucked up.

I don’t know as this conversation has evolved whether this belongs in a separate thread on the topic, but here’s the one snippet that kicks it off as a preview in case you’re interested.

I also just got this email (what a coincidence!). I thought about posting it in the Gloomhaven thread, and there’s a thread somewhere else that mentioned the consultant he’s bringing in, too. But in any event I’m glad he’s doing it.

I made the mistake of reading the comments on KS, and it really wasn’t all that bad. Maybe 80-90% positive, and the negative ones were basically what you’d expect.

I also just got this email (what a coincidence!). I thought about posting it in the Gloomhaven thread, and there’s a thread somewhere else that mentioned the consultant he’s bringing in, too. But in any event I’m glad he’s doing it.

Yeah, if this conversation had gone quiet for a few days, I wouldn’t have shared as it would have just bumped the thread for a topic that had run its course, but it seems at least marginally related.

Wow, that’s both awesome and commendable. :)

Thanks for posting it.

Once again I find it personally interesting that my perception is very different from his. I end up in the same place thinking he made the absolutely right call but I see his statement about creating a fantasy world as odd (unless Gloomhaven was initially created long before we saw it). That seems like something hat has been understood for many years.

An interesting, to me at least, question isn’t something that the creation of Gloomhaven touches on but instead what should be thought about fiction created in a historical setting and where the line of historical is. To me BB feels historical. To borrow the subtitle from a different historical fiction (although a novel not a game) Bridge of Birds BB is a game of the ancient Germany that never was.

Do you mean “to Medieval England,” or did he do another one?

It was “Medieval England”, yes - managed to mangle the title. And generally speaking, I think it’s pretty good, apart from that little detail about castles - especially since there is no other supporting evidence. It’s just one of those annoying little things that makes you wonder what else he’s missed.

The guys who made Northgard (Shiro Games) have a demo of a new game, which is basically their take on Battle Brothers.

It’s early days yet but the game is playable.

Wartales is an open world RPG in which you lead a group of mercenaries in their search for wealth across a massive medieval universe. Explore the world, recruit companions, collect bounties and unravel the secrets of the tombs of the ancients!

And it’s not too clear how the initiative or round order works.

I’m so used to Planetfall where you just select unit and right click on target for the default action.

Still, even with this clunky combat, I actually enjoyed the hour or so I played the game for.

This is on my wishlist so that I don’t lose track of it, but the demo from a month or two ago didn’t exactly impress me. Felt super rough. Not sure if the demo that’s up now is updated or not. Either way, based on the quality of Northgard I’m certainly going to keep an eye on it, but I don’t know what the point is of releasing a demo in the early state this thing felt like it was in.

I thought it was basically proof of concept, and to get free feedback, without the pressure of early access.

It feels quite slow at the moment though, and there are no game speed controls.

Excellent news: it’s coming to PS4/PS5 and Xbox One/Series X in Early 2022, and they are “working on some new Battle Brothers content on the side!” 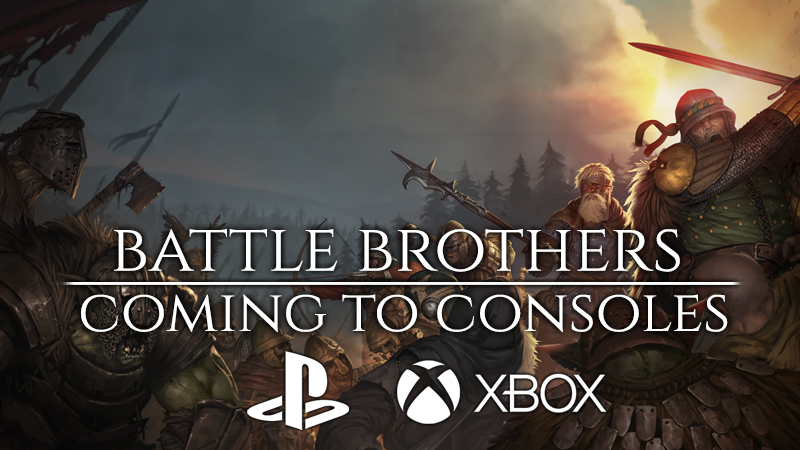 We’re happy to announce that Battle Brothers is coming to Sony and Microsoft consoles (PS4/PS5 and Xbox One/Series X) in Early 2022!

Excellent news: it’s coming to PS4/PS5 and Xbox One/Series X in Early 2022, and they are “working on some new Battle Brothers content on the side!”

I hope it is a substantial update. I love it, but I’m ready for something other than small DLC that adds a couple monsters and gear that just make it harder. :) I don’t expect anything of the sort though.

It appears there’s another DLC in the works: 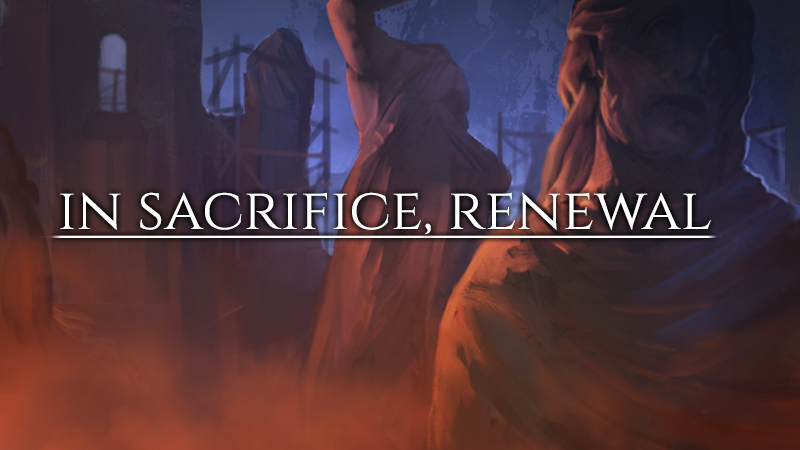 The inquisitive mind, quite naturally, turns its senses to suffering. As the eyes see and the ears hear, would one find pain to be a worthwhile teacher and, if so, in whose body? Theirs? Or yours? Read all about what is coming in next week’s... 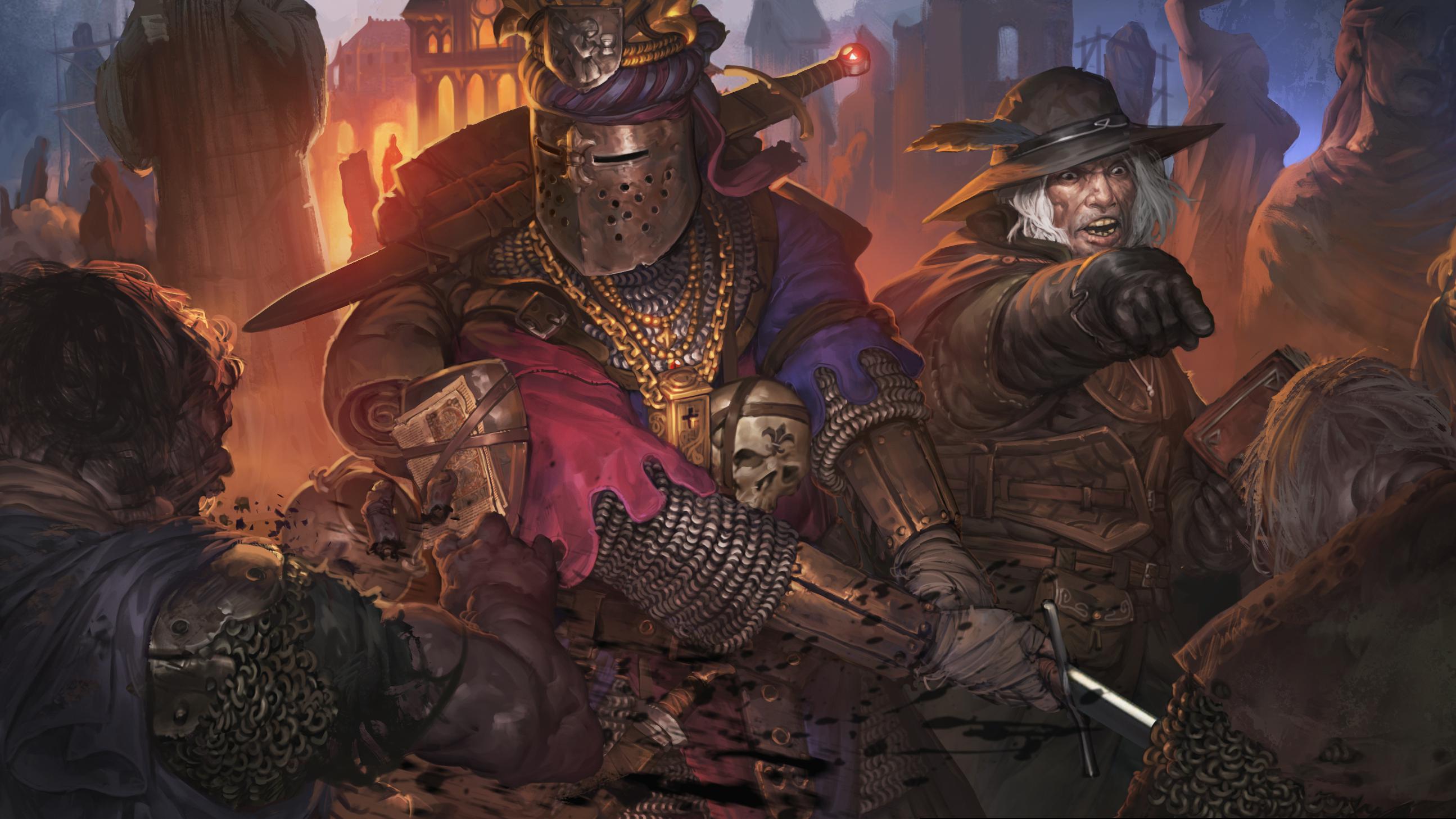 Fucking nice! I can’t wait to buy it, play for 30 minutes, and wish it was a slightly different game, but I’m there.

I liked Battle Brothers a lot and I’m excited for more, but am I the only one that has to rely on save scumming?

I can do ironman playthroughs of the XCom games but with Battle Brothers I always felt like the natural rate of attrition was much greater than my ability to train up new recruits, and when things went wrong in a battle they’d go very wrong. I don’t know how to come back from losing half my squad when the difficulty of the world is already scaled up.

Fucking nice! I can’t wait to buy it, play for 30 minutes, and wish it was a slightly easier game, but I’m there.

Easier would be fine, for sure. I just want to level up my band of misfits and see the cool mid- and late-game stuff I never really get to see.

@DoubleG I save scum the shit out of it, but I still end up frustrated more often than not, getting into fight after fight I’m just not able to pull off. Some of it is the game itself is hard and your characters aren’t great, some of it is I am not great at the combat side of things, and I make poor choices when I level up and equip my characters, because the developers are super good at their own game and they only want excellence from the players, so no room for mistakes.

It feels like you’re always a few bad rolls away from a character getting stun locked and destroyed, or shot through the eye with a lucky crossbow bolt. Which, fine, goes with the territory for this genre.

But with Battle Brothers the tight economy punishes me for having a stable of “backup” soldiers. Even with replacements, these under-leveled soldiers are useless in a mid-game fight. With XCom, I can at least give squaddies the good weapons and armor that their predecessors unlocked, and they can actually participate in the battle. In Battle Brothers if I give a newbie plate mail and a battle axe he practically collapses in the first few rounds.

I jumped back on board w/ BB very late. While I owned it, from early in EA, it was too hard so I put it down. Then I didn’t have a good PC and then it came out on Switch. I dedicated myself to watching videos and learning the game. Played about 150 hours on the Switch, got a PC and played about 150 hours there as well.

It is hard as hell and there is little room for error, but I acepted losses were a thing and kept playing. I made it to the “ending” several times and retired and started over. It’s now what of my favorite tactical games and up there for as far as games across all genres.

I’ll get this early on, I am sure, once any release day bugs are patched.